Kris Hallenga is living proof that you can be diagnosed with terminal cancer and go on to live a happy, healthy, successful life. Even though she’s considered incurable, she’s gone on to do amazing things and wants everyone else with terminal cancer to know that they can too.

when Hallenga was 22 years old, she discovered a lump in her breast and went to see her doctor. She was assured, however, that someone so young couldn’t have breast cancer. Six months later, she went to see another doctor, who though hormones were likely to blame and told her not to worry about it. But Hallenga’s mother pushed her to see a specialist, and it’s a good thing she did. At the age of 23, she was diagnosed with stage IV breast cancer and told the condition was incurable. 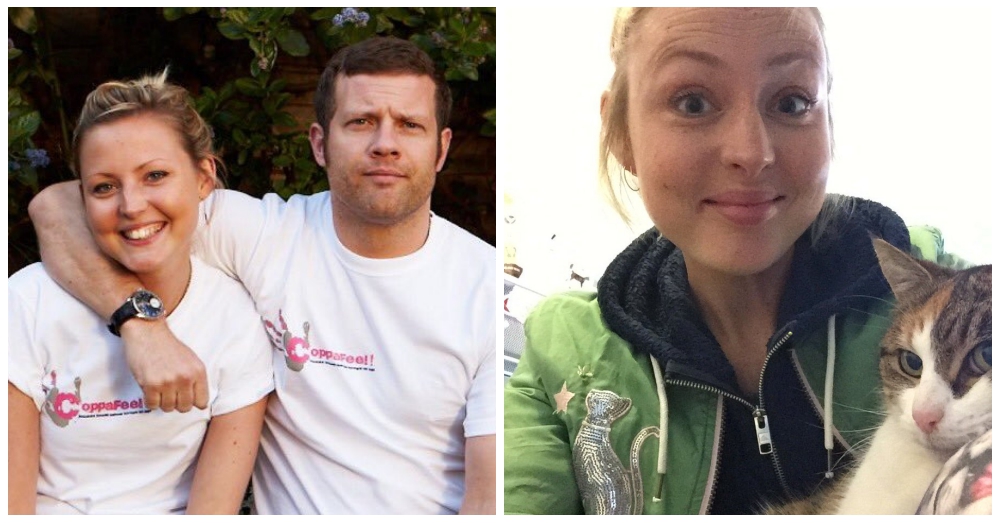 Hallenga was blind-sided by the news and couldn’t believe how little information was out there for young people regarding breast cancer. Determined to fight for her life and spread awareness of the disease among people her own age, she immediately began treatment and made plans with her twin sister, Maren, to start a breast cancer awareness charity. 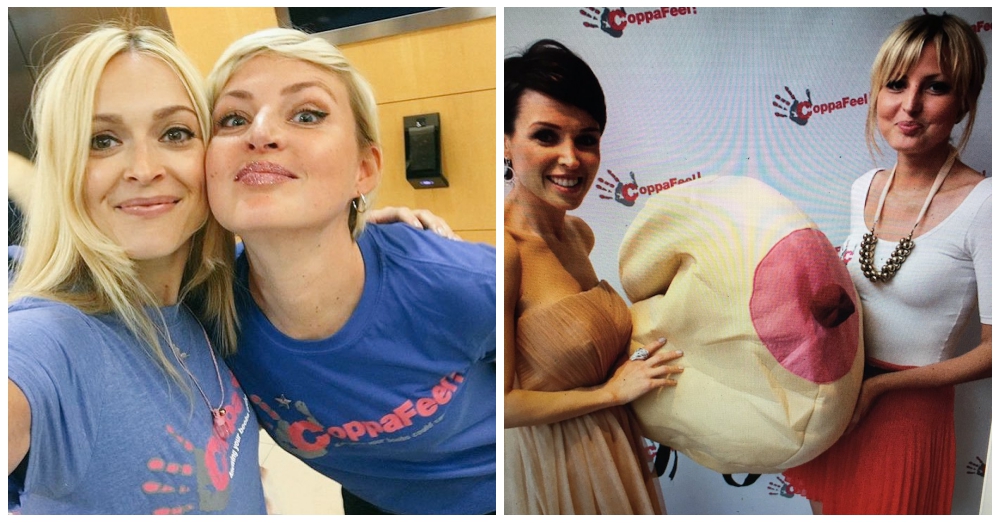 And so CoppaFeel! was born. The charity fundraises for breast cancer awareness and reaches out to young people to encourage them to check their breasts for signs of cancer. The team’s unique and creative initiatives have included adding awareness messaging to hand stamps at nightclubs, the tags of bras, shower stickers, and anywhere else they can think of.

Hallenga is now 34 years old and has survived with terminal breast cancer for an entire decade. On February 19, 2019, she posted this on Twitter in celebration of her achievement:

“TEN YEARS AGO TODAY, I was diagnosed with stage 4, incurable secondary metastatic breast cancer, and I AM NOT DEAD. In fact, I have never felt so un-dead. Please watch this amazing video my pal made. I’m overwhelmed already and it’s only 9:20 am.” 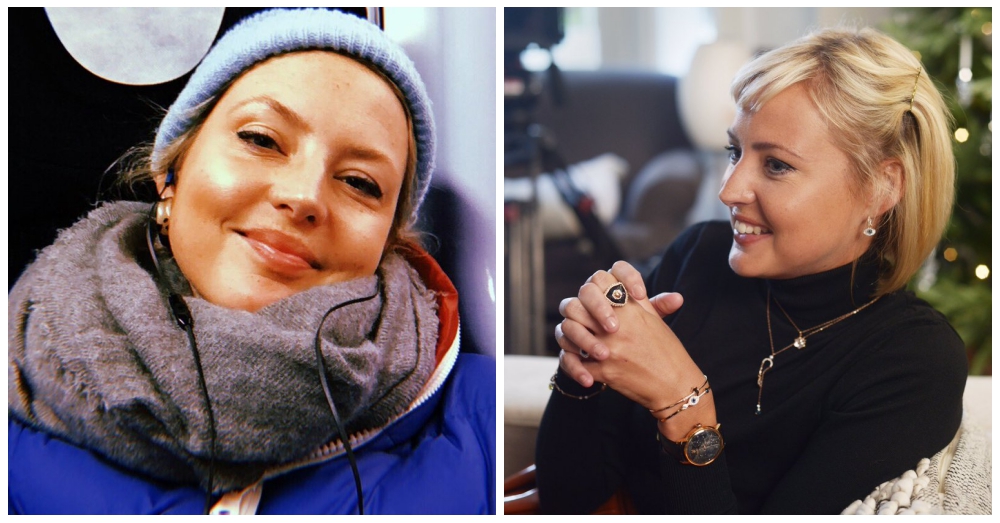 The video showcases Hallenga’s top 10 tips for making every day a great one, even when you have terminal breast cancer. And it’s brilliant.

TEN YEARS AGO TODAY I was diagnosed with “incurable”, stage 4, metastatic, secondary breast cancer and I am not dead. In fact I have never felt so un-dead. . . I am so overwhelmed and it’s only 9.30am. Watch this video the team and my amazing friend Georgette put together. Today is a day off at Boob HQ so that we can all do something that reminds us why being alive is great. I hope you are able to do that too, however big, small, simple or extravagant. Being alive is really bloody great, statistics are just numbers, and you have the power to spread glitter over any sized turd. 💩✨ . . Music by my amazing friend @rae_morris 💕

Hallenga also held a huge cat-themed party to celebrate her 10-year diagnosiversary, and if you missed it…well, you definitely missed something interesting. This lady certainly knows how to have fun! 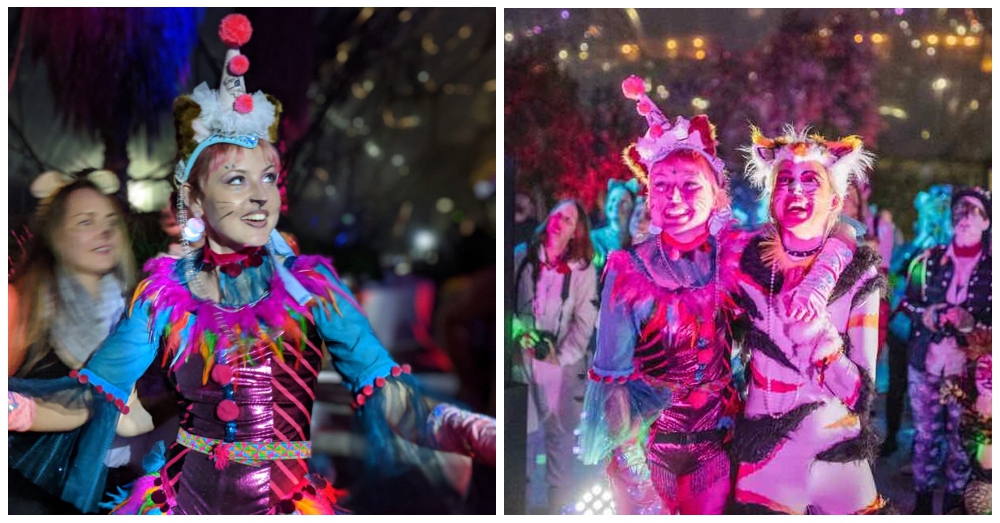 Even though Hallenga knows her cancer is incurable, she believes a diagnosis of incurable cancer ignites frustration and hopelessness rather than motivating patients to live their best lives. She is trying to spread the message that people with stage IV cancer can have amazing lives too.

“I want to say to those women diagnosed — to any women, for that matter — it will be OK. There is life after cancer, even WITH it,” says Hallenga. “I hope you haven’t been told it is ‘incurable.’ But if you have, I hope my story gives you strength to keep living and to never, ever, lose hope. And to the rest of you, I want to say ‘Check your boobs!'” 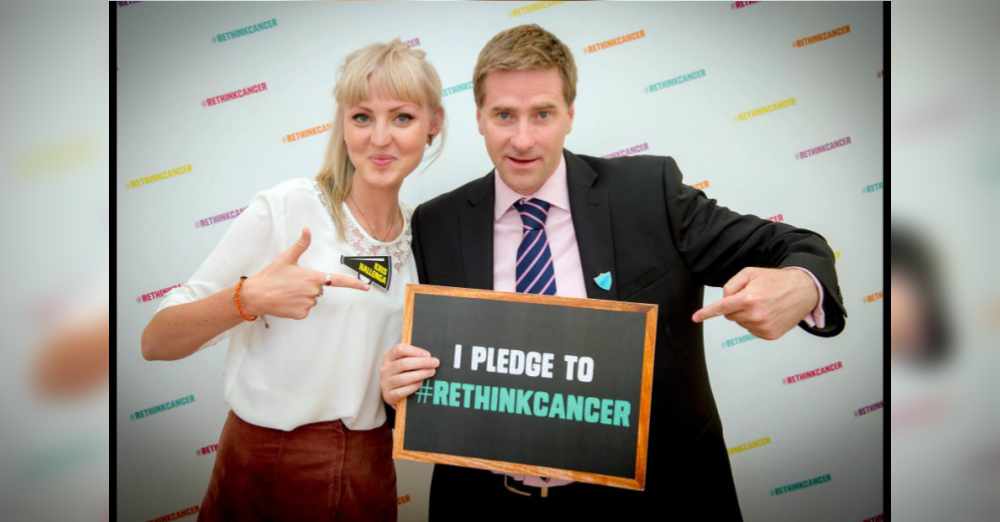 So far, Hallenga is showing no signs of new disease, and the tumors in her brain appear to be shrinking with treatment. All in all, a pretty good sign that her hopes for the future are not in vain.

When you perform your next self-exam, you should be looking for changes in skin texture, breast size, or breast shape, as well as nipple discharge or inversion, swelling in the armpit or collarbone area, a rash or crustin in the nipple area, lumps, thickening or unusual pain. Talk to your doctor about anything that doesn’t seem quite right or has recently changed, particularly if the change only affects one breast.