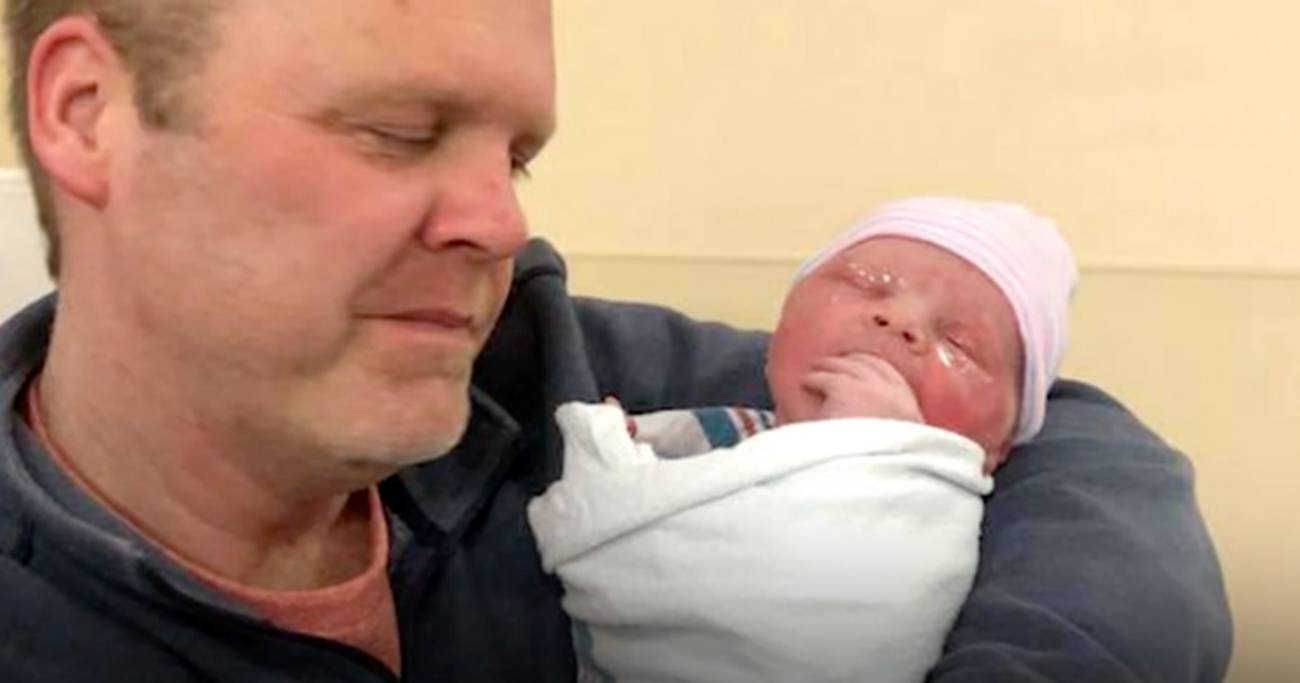 Unique – some people might say unusual – baby names have become quite popular, especially with so many celebrities giving their babies very different and unusual names. Gwyneth Paltrow named her daughter “Apple,” and Beyonce and Jay-Z named their daughter “Blue Ivy.” Names like Michael and Molly are still out there, but more often we’re seeing some very interesting names for new babies.

Celebrities aren’t the only people who have taken up the unusual baby name trend. Jay and Kateri Schwandt are not new parents. The couple has 14 children, all boys, spanning a 25-year age range. When the couple learned that they were pregnant with baby number 14, they naturally hoped for a girl, as they’d had their fair share of baseball games, fistfights, and broken objects.

Baby 14 was not a girl, but a boy, weighing in at 8 pounds, 4 ounces. Mom and dad were happy to have a healthy baby boy, and to be surrounded by their other 13 children. They’d considered several names, including Finley, but knowing that this would be their last baby, they wanted to do something different for the middle name. 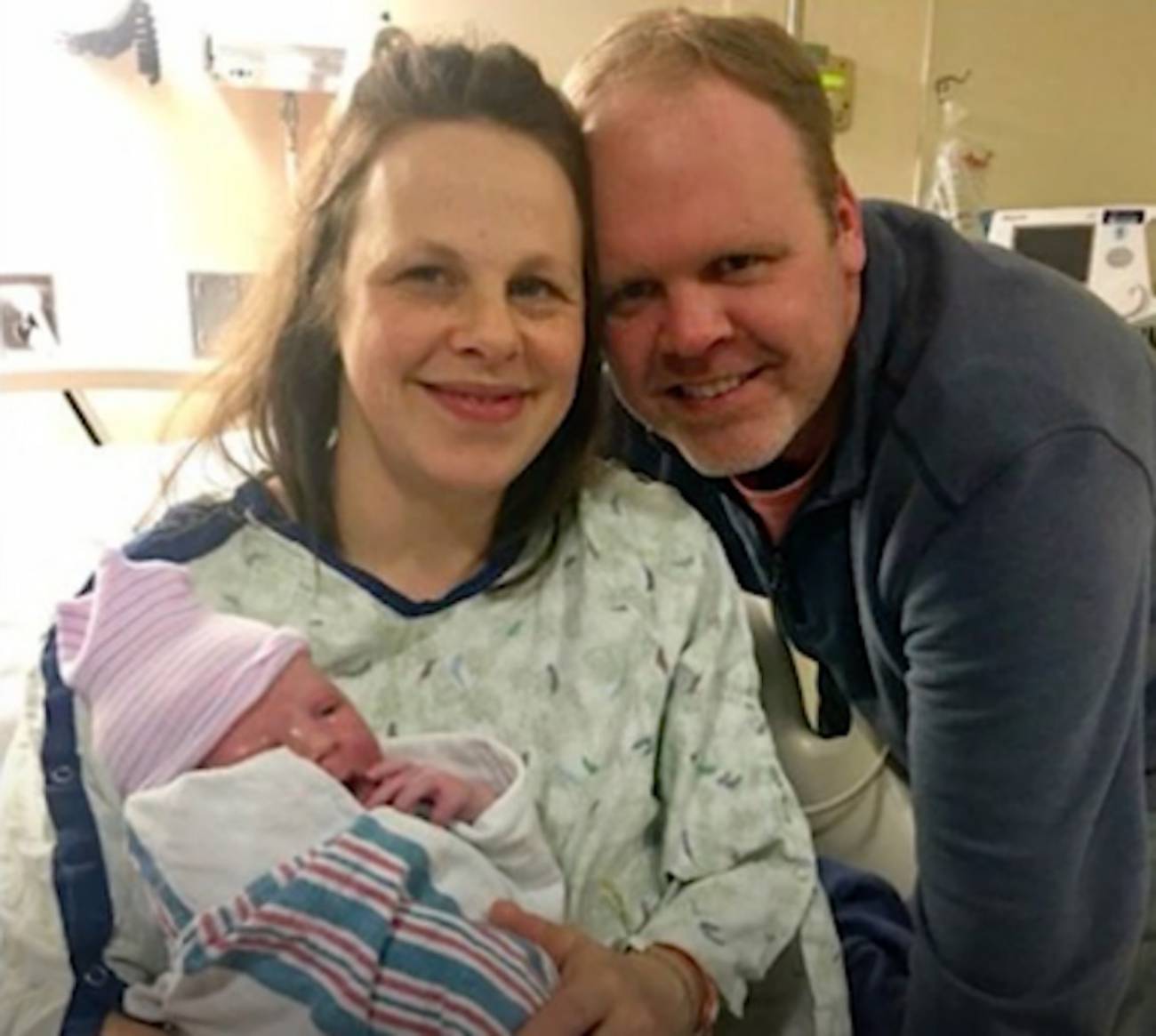 Kateri remembered a story her father told her of a man who had many sons. When the man and his wife learned that they were not having a girl but instead another boy, the father chose to name his son “Sheyboygan” – a twist on the phrase “She’s a boy again.”

“Kateri and I are both in our 40s now so we know we’re coming to the end of this,” said Jay. “So when we found out she was expecting number 14 we really relished everything that’s gone along with her being pregnant again thinking this is probably the last time. We’re just as excited with number 14 as we were with number one. It’s something we really enjoy and the boys have such a good time with it.”

Kateri and Jay decided to name their son Finley Sheyboygan, in honor of this story.

“We’ve got all boys, so it’s what we’re used to. It would’ve been nice to have a girl, but we’re super excited to have another boy. Some of the boys were hoping for a little sister, and some were rooting for another brother. I was pulling for a girl.” 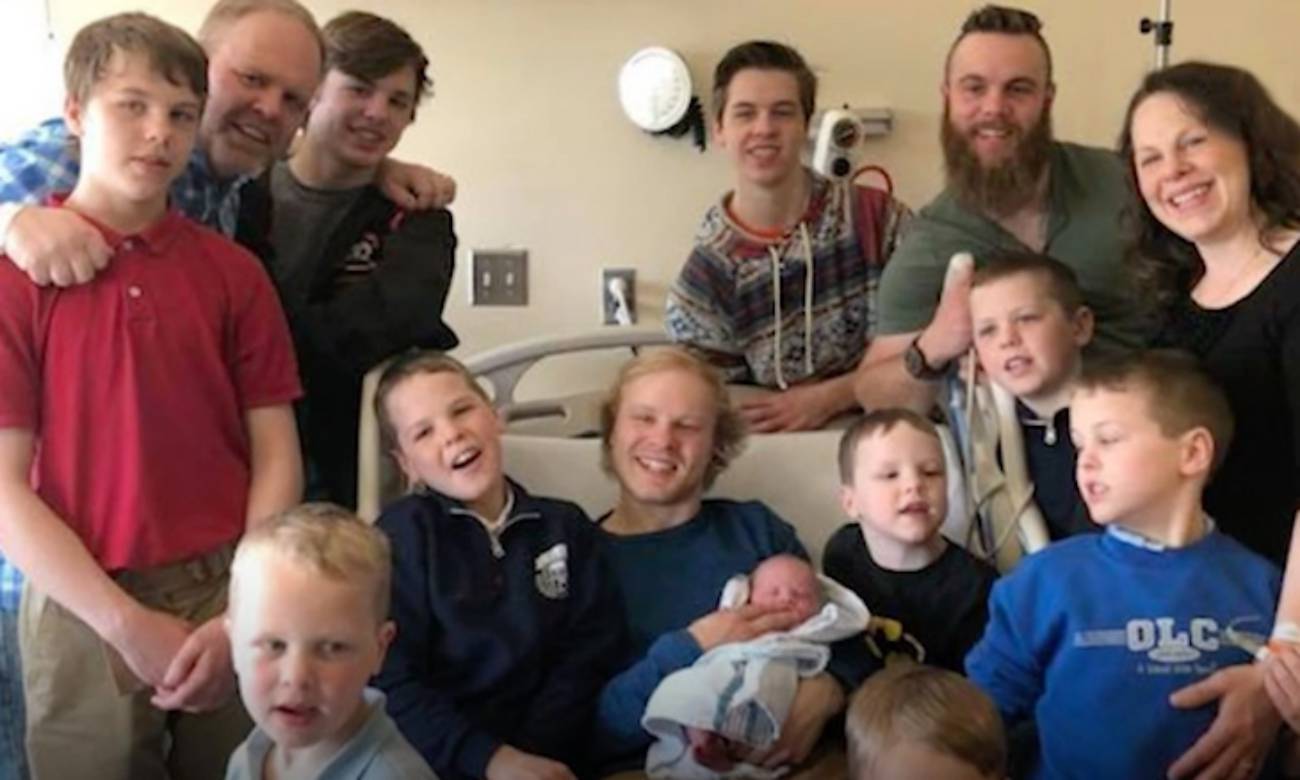 In a family as large as this one, having a unique name could be considered a plus. And with the popularity of unusual baby names becoming a trend, with celebrities and normal people alike, it’s not surprising to see something creative or unusual for a child’s name these days. And if anyone makes fun of Finley Sheyboygan’s name, he’s got 13 big brothers to back him up!