Brittney Beadle knew in her gut that something was wrong. When the Pennsylvania resident was just 18 years old, doctors found a mass in one of her breasts but assured her it was nothing. Her age alone was enough to convince them a biopsy was not necessary.

But the mass continued to grow, and Brittney knew something was wrong. She returned to the doctor earlier than instructed and was finally diagnosed with invasive ductal carcinoma in May, almost four months after the mass was originally found. A week later, she underwent a double mastectomy.

After surgery, Brittney learned the cancer was in stage IV and had invaded her lymph nodes, liver and bones. Her first chemo treatment was on the same day as her high school graduation—but she made it to both. 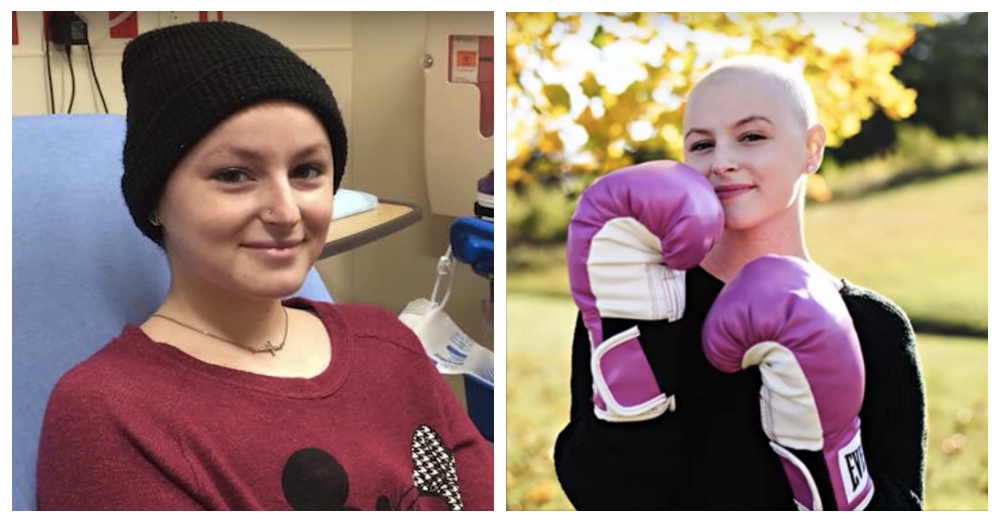 Brittney says a change in lifestyle has helped her handle treatment. She now lives a life of positivity and gratitude. She became a vegetarian and practiced yoga and meditation. Then, less than a year after the original lump was found, Brittney learned the cancer was in remission, to the amazement of her doctors.

At age 19, Brittney is currently NED (No Evidence of Disease). She believes having cancer has changed her whole life in a positive way, and she’s excited to keep moving toward her dreams of being a yoga instructor and a mother.

Check out the video below to learn more about Brittney’s inspiring story.