Angie and Aaron Rush are the parents of three “fun, loving, and sweet” little boys. Tristen, Caison, and Carter are kind to others and always full of smiles.

Sadly, all three of the brothers have been diagnosed with retinoblastoma.

Retinoblastoma is cancer that affects the retina, a thin layer of tissue in the back of the eye. Common symptoms red eyes, eye swelling, and a white color in the pupil when light is shone in the eye. It’s a rare and aggressive cancer that primarily occurs in young children. It’s also hereditary. Roughly 250 to 300 children in the U.S. are diagnosed every year, but the prognosis is typically good; over 95% of patients with retinoblastoma are cured. 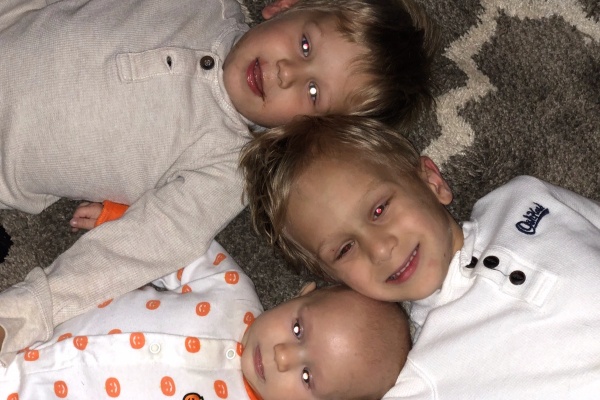 “The dangers are that the tumors can completely cover the eye in which you would have to remove your eye because you don’t want the cancer to spread,” Angie told WTHR. 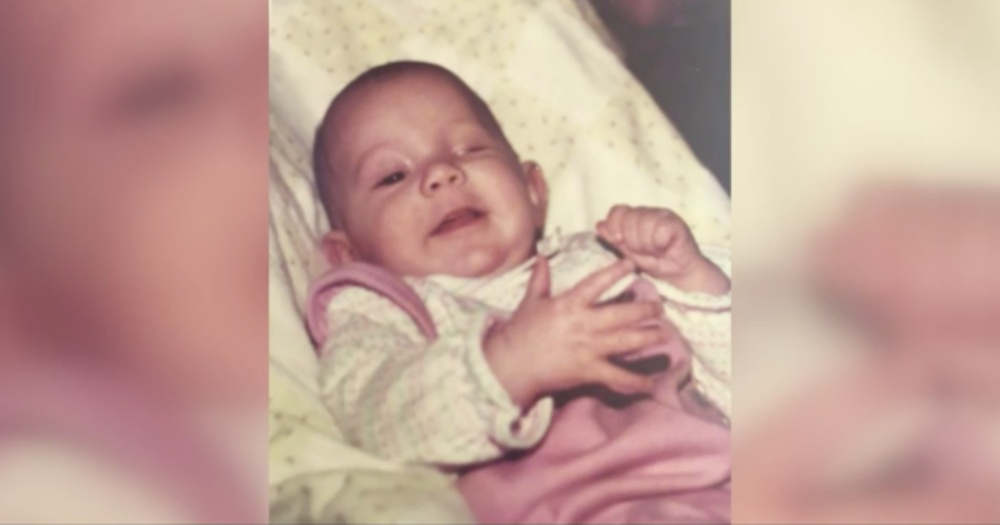 Photo: WTHR
Angie as a baby

She knew that she had a 50/50 chance of passing the disease on to her children — but she never imagined all three would get the rare cancer.

“I feel a lot of guilt, knowing that this is something I could pass down to them,” Angie said. “But I also know that I’ve been blessed.” 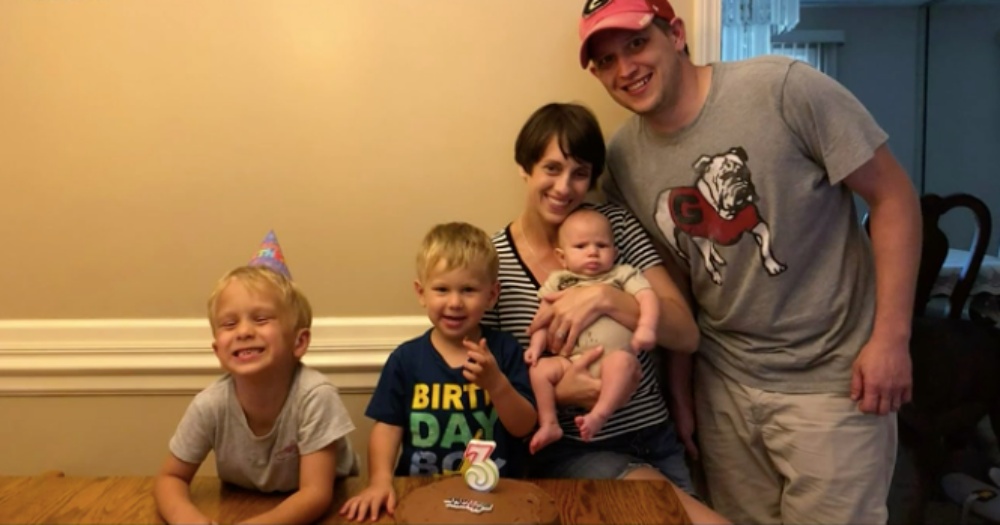 Tristen, who is now almost six years old, started chemotherapy at three weeks old. Caison, who is almost three, started it when he was just one week old.

Carter, the baby, was born cancer-free. But at six months old, doctors found two tumors in his eyes. He began treatment shortly after. 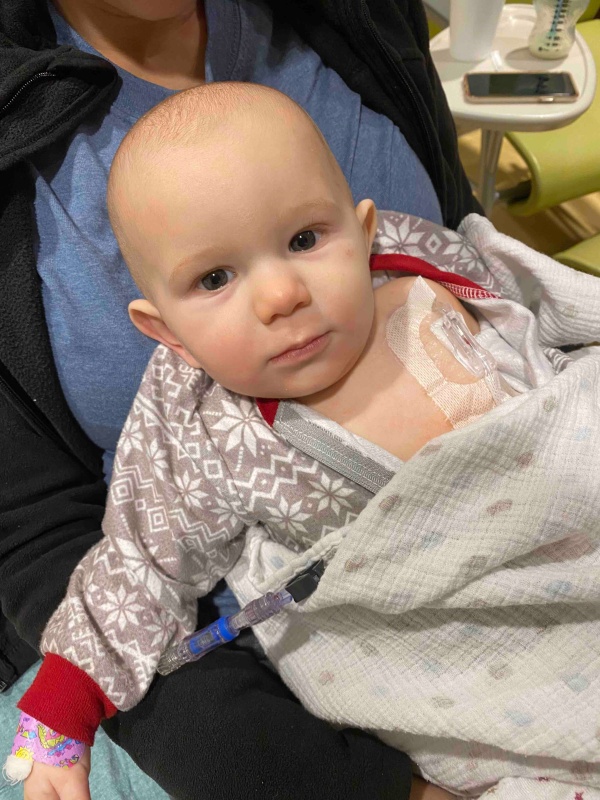 The three diagnoses have not only added stress to the family, but the costs have been brutal as well. The family has support from friends and family, and they have insurance — but in spite of all of that, they sold their house and moved in with Angie’s parents in order to be able to pay for treatment and still stay afloat.

“Knowing we are going to meet our out of pocket every year, it’s January, and we’ve already met it,” Aaron said. 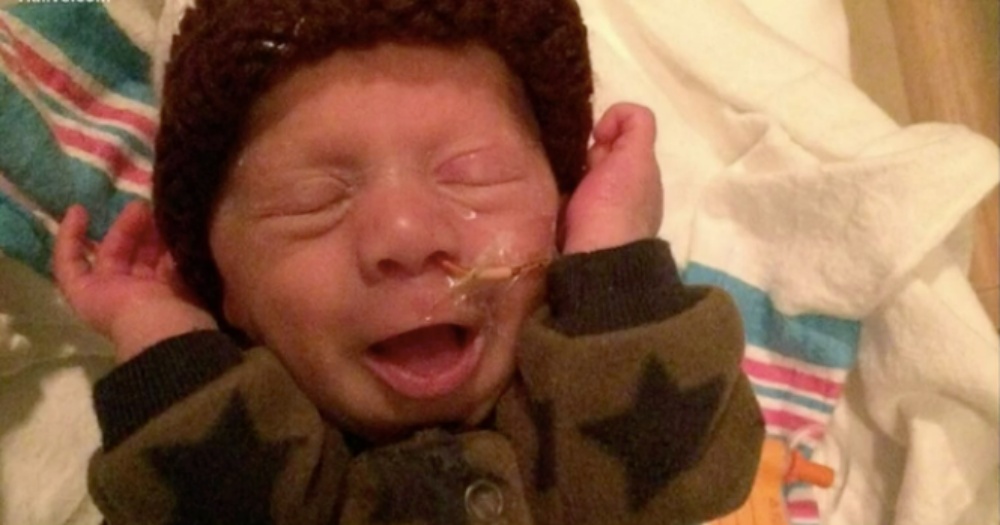 The boys’ prognosis is good, and survival rates for childhood cancer have gone up quite a bit in the last 40 years. In the ’70s, children with any type of cancer had a 50% chance of survival, but these days, their chances are over 80%. 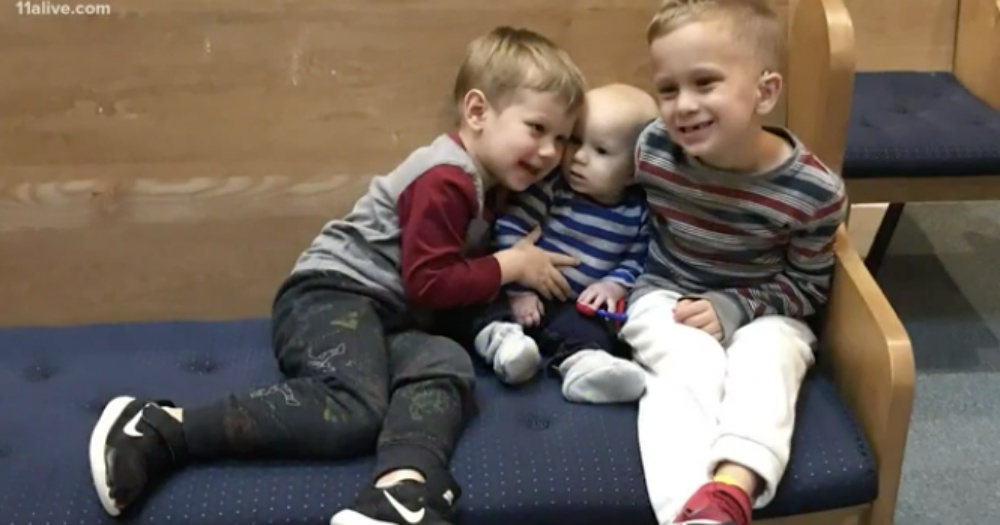 Carter is still a cheerful little boy, despite the treatments.

“The fact that he is happy most of the time and he’s just living his life is a wonderful blessing for him and us too,” Angie told WTHR. 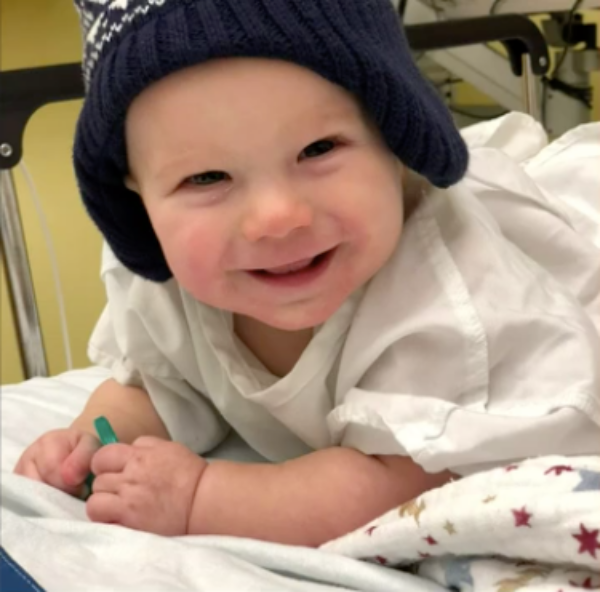 We wish the Rush family all the best!

Learn more about them in this video.

Mom’s Early-Stage Breast Cancer Discovered When She Undergoes Testing to Donate Kidney to Son: Click “Next” below!