I’ve been disappointed by campaigns that claim to use “real women” in their advertising. The shift toward body positivity and a wider standard of beauty is encouraging, but when that turns out to be one size six model in a row of size fours, it feels like the reality hasn’t caught up to the hype.

It’s important that what’s touted as beautiful doesn’t leave anyone behind. Models should represent more than just a narrow range of sizes within a narrow range of skin tones and an even narrower range of abilities. What about women with cancer, who wear insulin pumps, or aren’t neurotypical? Is it asking too much for them to hope for media representation? 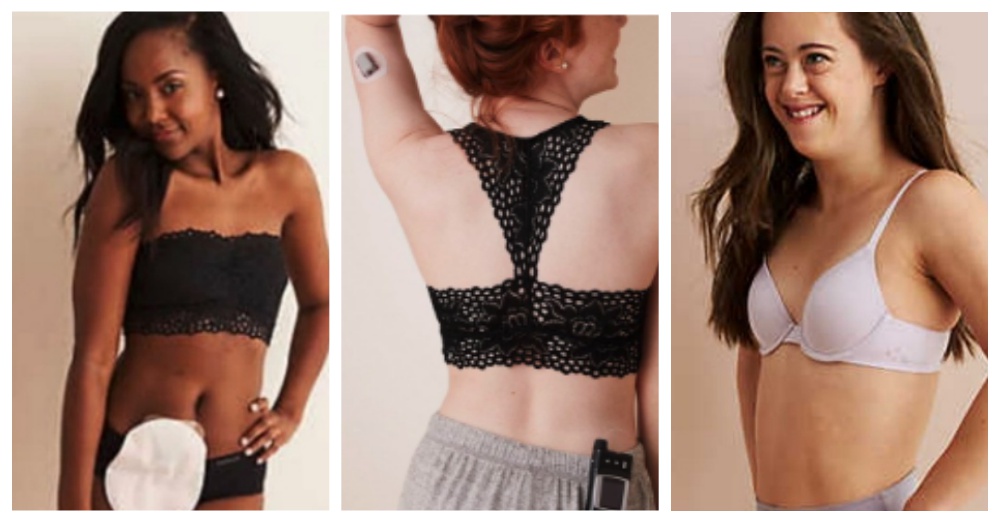 In early July they launched a new bra and lingerie campaign featuring women with insulin pumps, J-pouches (ostomy bags), in wheelchairs, with Down’s syndrome, Vitiligo, with arm crutches, and some who are cancer survivors. The gorgeous photos also include women with a variety of body types, ethnicities, and ages.

The models involved were surprised to see their photos up on Aerie’s website, because the company didn’t make a big deal about the release. But why should they? Seeing women with different conditions and abilities as models shouldn’t call for a press release, it should be part of our every day.

Many took to Twitter to express just how much the campaign meant to them. Check out their comments and photos below!

See how excited model Abby Sams is to see her photos (you have to look closely to see her wheelchair): 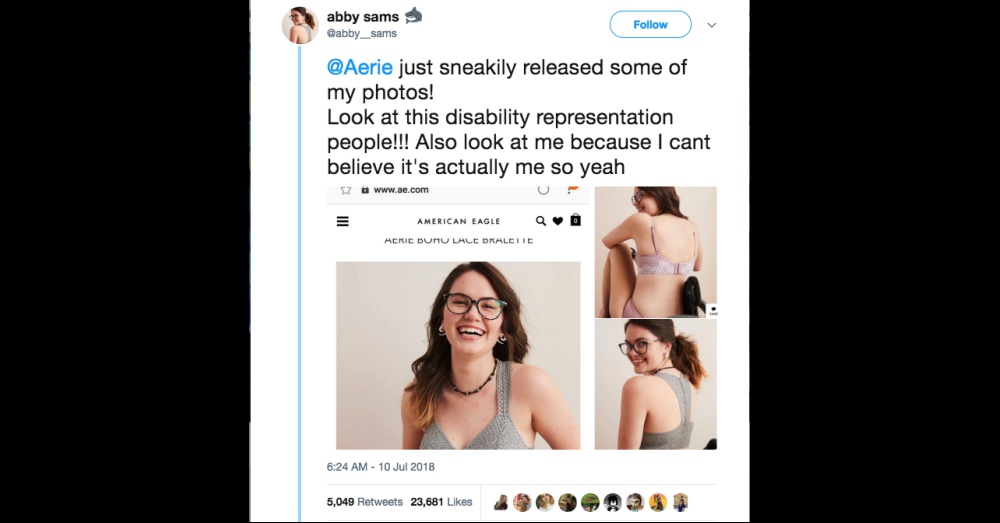 And then there’s these lovely ladies… 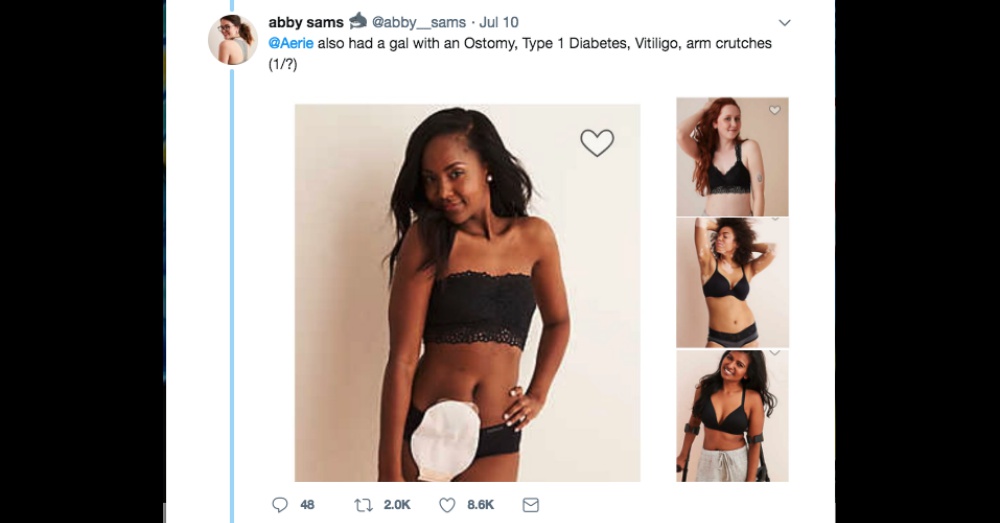 I’m starting to get emotional… confidence is ALWAYS the best look! 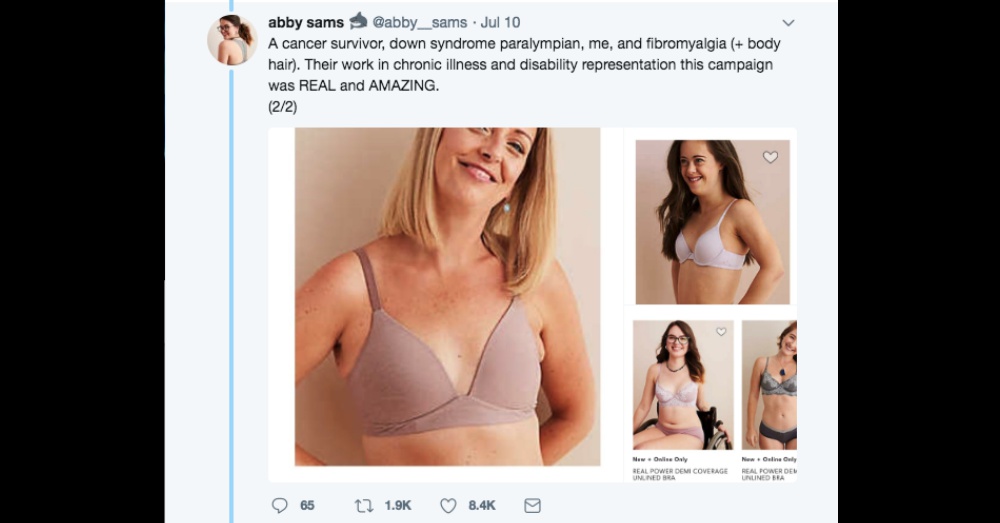 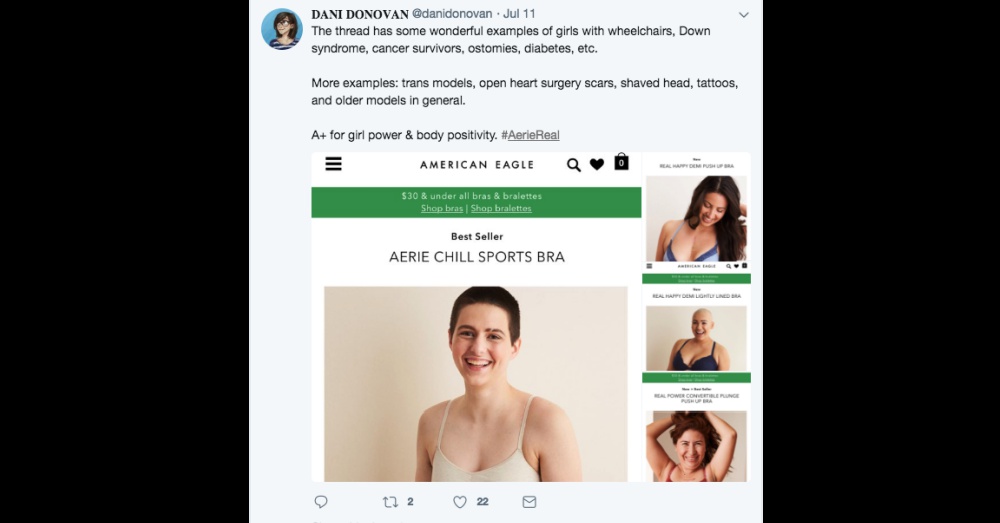 I could never pick a favorite, but this is definitely in my top ten: 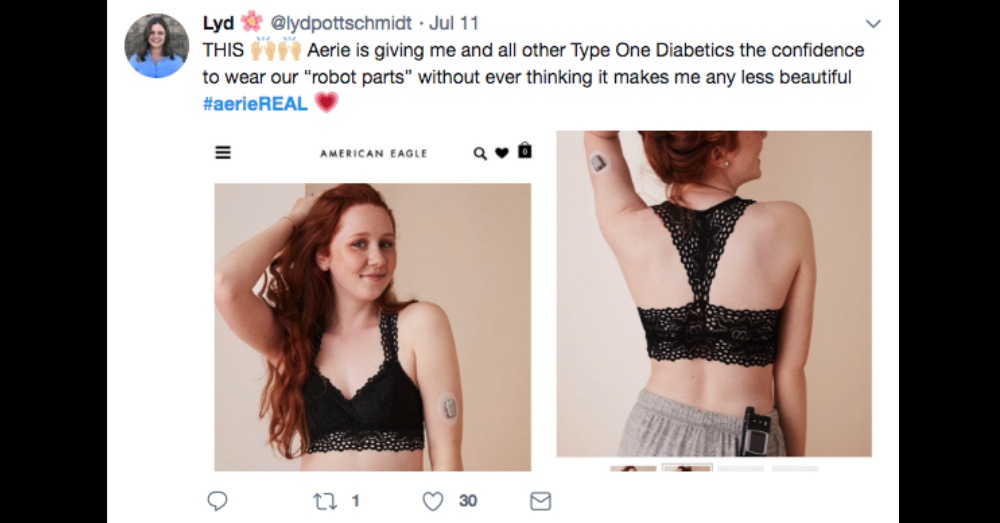 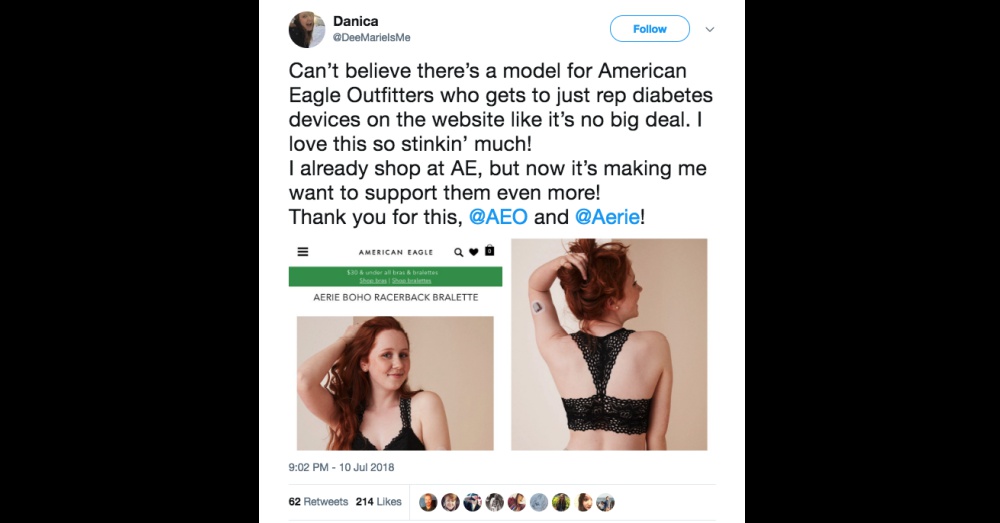 There’s room for everyone in fashion. We’re so glad more women feel like they can be proud of themselves just the way they are! 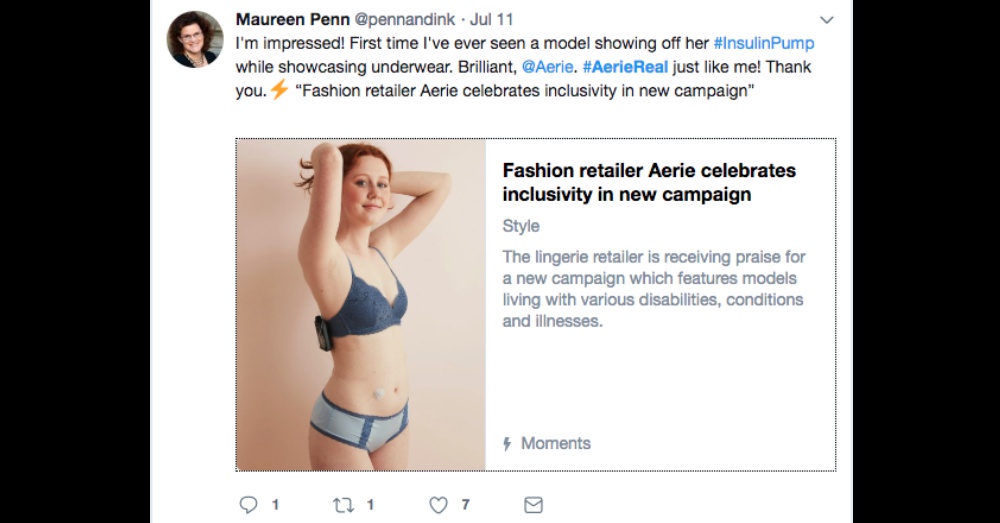 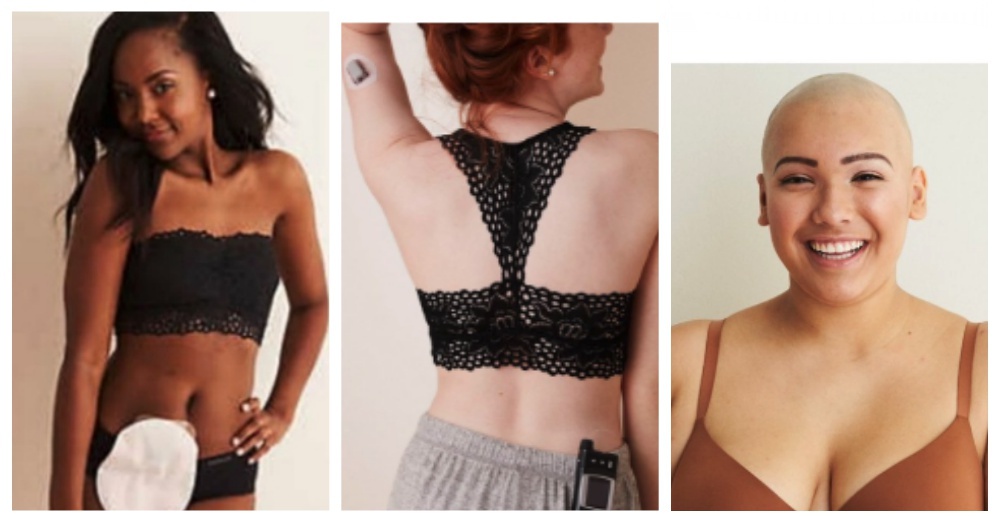 To see all the amazing women, check out the Aerie website, but be warned, you may be so inspired that you’ll buy a boatload of new bras. We definitely wouldn’t blame you.