When Life Gives You Lemons, Fight Back (And Then Make Lemonade)

Countless people would like to do something that makes an impact on the world, whether it’s donating money to charities or volunteering for a nonprofit organization. Unfortunately, several of these ideas never pass their planning phase.

In 2000, 4-year-old Alexandra Scott actually put her idea to make a difference into action, opening a lemonade stand to support all the children struggling with cancer. Although Alex lost her life to cancer in 2004, her legacy lives on in the form of Alex’s Lemonade Stand Foundation, which has raised over $100 million for cancer research since its inception.Alex’s health problems started right around her first birthday, when her parents took her to the emergency room and learned she had a baseball-size tumor growing on her spine. The tumor was surgically removed, but the cancer was already spreading through Alex’s body. The doctors didn’t think she would ever walk. Alex beat the odds, however, and gradually learned to walk through fierce determination and an unyielding spirit.

At the age of 4, Alex informed her parents of her plan to raise money for children with cancer by selling lemonade. While they immediately supported Alex’s plans, they were skeptical that selling lemonade would bring in any significant money. Alex, once again, defied the odds, and her stand raised more than $2,000 in the first year alone. 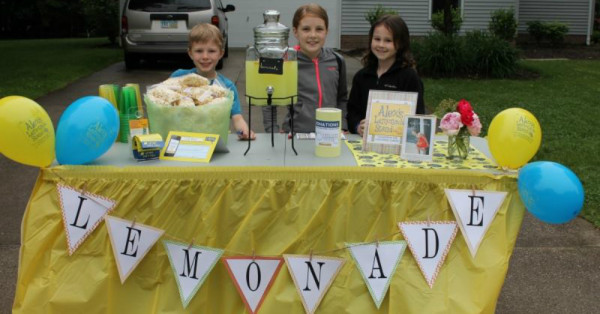 As news of Alex’s story spread, others were touched enough to open their own stands and contribute to her cause. By the time Alex lost her brave battle with cancer in 2004, she had already raised more than $1 million, and that number continues to grow significantly each year.Alex’s determination is a lesson to everyone who wants to make a difference and support a good cause. The fight against childhood cancer is constantly evolving. Learn more about a promising new treatment option here!