A video of Brad Bousquet gifting his wife Alissa with 500 roses on her last day of chemo went viral in the summer of 2016. In it, cancer patient Alissa immediately made us smile with her delighted refrain of “Holy moly!” as box after box of beautiful flowers were carried in; and we learned later that she handed the roses out to other patients in the hospital as she left that day. It’s clear that these two kind souls are made for each other!

On August 17th, Brad posted to The Breast Cancer Site Facebook page to update us on how Alissa is doing.

The good news? Her cancer is gone!

However, Alissa had some genetic testing done, and she learned that she carries BRCA2 gene mutation. Because of this, she has over a 50% chance of her cancer returning. So on August 16th (the day before he posted this update) she had a double mastectomy to help further eliminate the chance of the cancer recurring. She will have a few more surgeries this year, but the end is in sight. 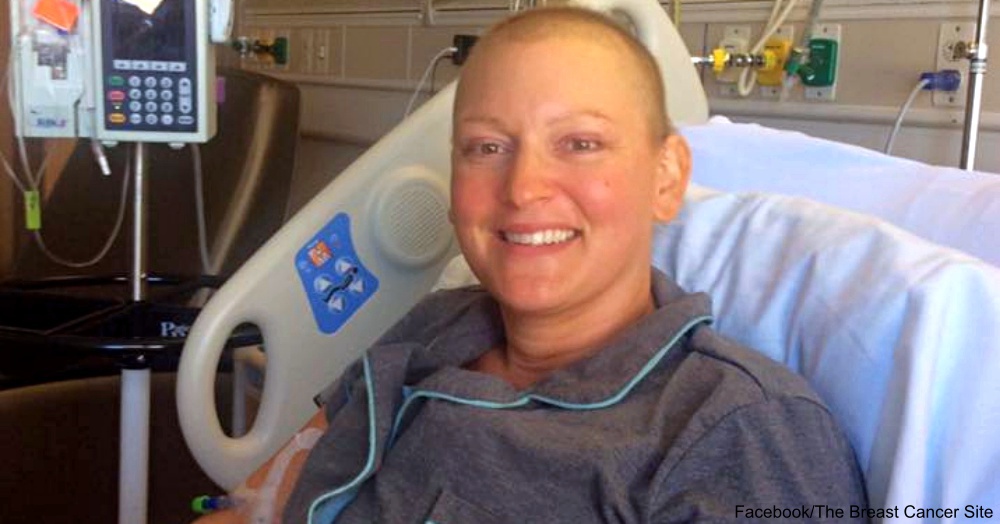 “Just an update on Alissa. Alissa is my beautiful wife who received the 500 roses on her last day of chemo. Her cancer is gone but genetic testing showed that she has a genetic mutation called BRCA2. With BRCA2 she had a better than 50% chance of her cancer returning. In order to improve these odds she had a double mastectomy August 16th. She is doing well after her surgery. There are a few more surgeries scheduled yet this year but she is rounding the corner to the end. Thanks so much for all the prayers and support. We were filled with joy reading all the kind posts when her story went viral. Alissa and I are doing all we can to help raise awareness about breast cancer. She was saved because her doctor encouraged her to get a mammogram at age 40. She had no symptoms or known family history. The American Cancer Society has changed its recommendations for ages at which women should get their first mammograms and have created a complicated risk assessment to determine when or if women should be tested at 40 or 45. In my opinion they are going backwards. Early detection saves lives. Getting your first routine mammogram at age 40 can save your life…..Alissa is proof of that. Let’s not make it difficult for women to know when they need to get their first mammogram.”

To check out the original post featuring Brad’s swoon-worthy act of love for his wife, head here!