For days (more like weeks) I have sat at my computer staring at a blank screen. The cursor just blinked at me as it waited for a word to be typed. Words ran through my head, yet my fingers would not move. After a half an hour of no progress, frustration would set in and I would dive deep into household projects trying to let those unwanted feelings pass. It seemed that I wasn’t quite ready to make this announcement as I thought I was. In fact, I’m still struggling with it, but I know I just need to let it out. After all, it might just be freeing.

This past spring, my surgeon gave me some news I was dreading to hear. After a few six-month follow up appointments, it was determined that the benign tumor on my remaining ovary has doubled in size and needed to come out. Since we were 98% positive that this tumor was identical to the other tumor we took out six months previously, the original thought was to just cut the growth out. 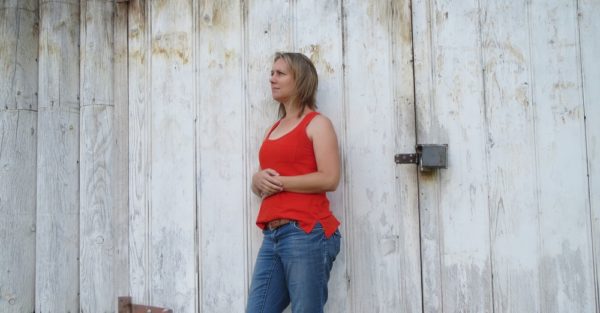 My husband and I sat down in an appointment with the surgeon as details were given. We walked into this appointment only knowing that the growth increased in size. We had no other facts, no other details that would have prepared us for the news the surgeon was about to throw our way.

This tumor growth was proving to be a little riskier than the first growth. This one decided to grow around the blood vessel that feeds the ovary. This pretty much meant that the original plan was not a viable option any more. The tumor and ovary had to come out – eventually.

“Angela,” the surgeon said, “you either need to take this tumor and ovary out, or get pregnant now.” We were provided with only those two choices – an ultimatum at its finest.
At least the surgeon wanted to provide us with the added family we desired. However, there were too many factors at play. I’ve been on Tamoxifen for three and a half years because of my breast cancer. Could I just stop and start a family immediately? I only have one ovary as it is; how quickly could I get pregnant? If I did become pregnant and that tumor grew even more, could it just be removed without harming the baby? Could the tumor be hindering my ability to even get pregnant?

But then again, there are factors on the other side of things. Okay, just one main factor. Menopause! I’m only 37. Who would ever want to go into menopause so young? Let alone surgical menopause is instant and intense. I’d be crazy to want to do this to myself in the middle of summer with triple digit temperatures right around the corner.

It looked like I had some major soul searching to do.

In the end, I knew what I wanted to do instantly. I just needed to come to terms with the decision. I have always put my daughter and family first. I needed to be here for them, not for a dream that is just that . . . a dream. It took me a few weeks to let my dream of a bigger family go. The dream of carrying a healthy child to term with all the wiggles, kicks, and hiccups that came with it. Once I released it, the heaviness I felt lifted as I became comfortable with my decision. 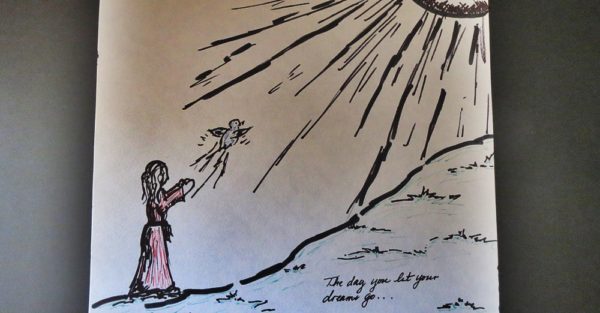 There are many life changes that will be happening in the next month or more. I’ve already started eating healthier and exercising more in hopes that once I have my surgery at the end of summer that the severe menopause symptoms won’t be as intense. I’ve started to prepare my house – deep cleaning and decluttering to ease household frustrations. I have been spending more quality time with both my husband and daughter. I’ve been trying to do what I can, when I can, to keep myself sane.

The one thing I’m lacking in is the mental preparedness. I’ve been noticing myself withdrawing from multiple obligations because focusing on the task at hand has become more difficult. My mind wanders to what I’m about to embark on. I shouldn’t be afraid of the surgery or the menopause, but in a way, I am. Maybe that’s why I have been having a hard time letting my family and friends know about what the future holds for me. Maybe that’s why I have a hard time writing this blog. Because once it’s out there, it’s final.

I’ve always been open and honest about my health issues, but for this one, I just have been having a harder time grasping. My heart hurts knowing that family and friends are reading this news for the first time. There have been so many moments I’ve started a message to them or wanted to blurt it out, and then just stopped and deleted everything or kept my mouth shut. I began to find my voice and courage wasn’t as strong as I thought it was. Writing a message to say, “Hey I have some news,” became torture. I didn’t want to go through the “Oh my gosh! Seriously!?! I’m so sorry,” discussions. I didn’t want people to focus on me when they have other things to be doing or thinking about. I didn’t want the reality to be the reality.

So, here I am today, opening my heart to the world. This reality is real. My decisions have been made. Surgery has been set. There is no more hiding behind an invisible wall. Breast cancer had nothing on me. Benign ovarian tumors should have nothing on me. Menopause will not be the end of me. Today, I am free and ready to face this all head on.