This weekend we spent a splendid time with our cousins and a few friends we’ve made over the years.  We played a rousing game of cards while eating lunch at a restaurant followed by some swift tubing on a snowy ski hill.  It was a weekend full of laughter and love.

I’ve been married into my husband’s family for over a decade now, but have been a part of it for almost two decades.  Some families struggle at becoming close while others are instant best friends.  I walked into a family that accepted me for me and has always been nothing but lovable.

To me, my family has always meant everything to me.  If there was a family function, I’d be there.  If my grandparents needed some extra attention, I was there to happily assist.  Moving away from my family hurt my heart.  I was left to seeing them only on the major holidays when we were able to make the half day drive down to my hometown.  I’ve missed those special events that I once made sure I attended.  I lost the closeness to many of my cousins I once had.  I miss that connection.

Over the past few years I have managed to grow closer to a few of my husband’s cousins.  They live only a couple hours away, have many of the same interests, and are some of the best people I know.  Of course they cannot replace my side of the family, but they are definitely running a very close second. 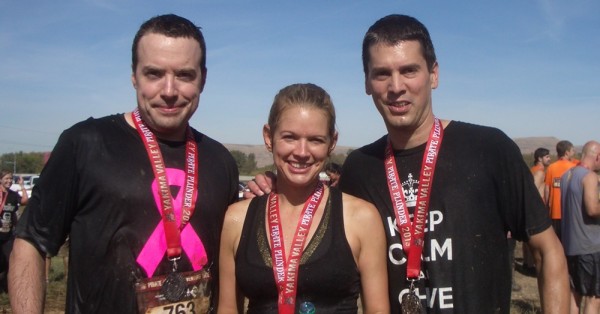 When I was diagnosed with breast cancer in 2012, I waited to tell my friends until I had the opportunity to tell my family.  That’s just the way it needed to be – family came first, always.  I always found it interesting as to how my family reacted to the news.  Each person dealt with it in a different way.  Some were quick to offer their encouragement to get through my surgeries.  A few told me I was as strong as an ox and cancer had nothing on me.  A couple of them even said, “I’m sorry,” and left it at that.  That family was there for me in their own way.

That’s what you need in a support system.  You need those people that are with you through it all.  Those that drive you to an appointment or set up some kind of meal train.  Those that send random cards to keep you going.  Those that step up and don’t look back.

I happened to find that support in my husband’s family.  They often took that extra step to let me know they were thinking of me and had me in their thoughts and prayers.  They would call to see how I was feeling.  They would continue to check up on me years after my cancer diagnosis.  Some of them became more than just family, they became friends.

It wasn’t until this weekend that I realized this friendship means more to me than they will ever know.