Breast Cancer Patient Wakes Up After Mastectomy, And The Videos Are Funny, Emotional, and Raw

Aniela McGuinness is a model and actress who also carries the BRCA1 mutation that makes her more likely to develop breast cancer than the average woman. About a year after her mother passed away due to ovarian cancer, Aniela elected to have a preventive double mastectomy to decrease her risk of developing breast cancer.

Shortly before scheduling the appointment for her preventive double mastectomy, however, Aniela learned that she already had breast cancer. The news was devastating, but she remained strong and went through with her surgery and, later, chemotherapy and reconstruction. Now she’s not only cancer-free but also safer from the threat of recurrence. 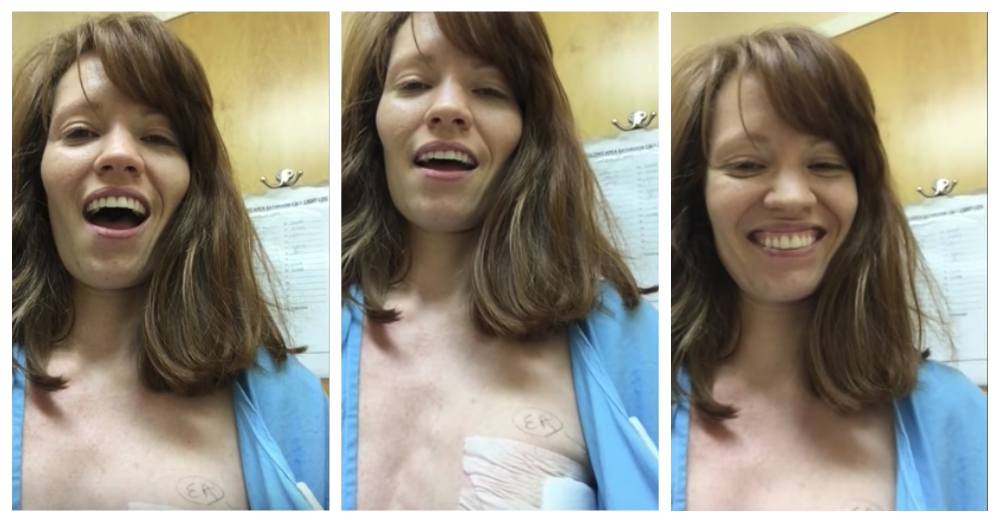 And the best part? Aniela had the foresight to film and photograph some of the funniest and most vulnerable moments of the experience. At the beginning of her cancer journey, she started the blog MyBreastChoice and an accompanying YouTube channel to chronicle her story, and her message has no doubt brought hope and humor to thousands of women undergoing similar difficulties in their lives. 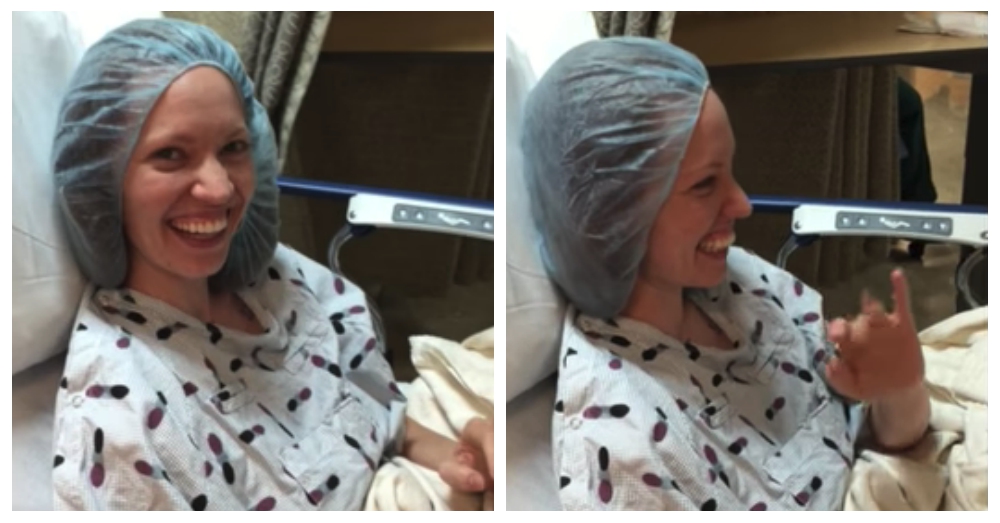 In the video below, Aniela shares the videos of herself before and after her double mastectomy at different intervals of time. The first post-surgery videos are from when she has just woken up and is still groggy from medication, but several of the videos also detail the beginning of the recovery process as the drugs begin to wear off and Aniela must try to navigate the world with her limited mobility and deal with the harsh realities of having had her breasts entirely removed. 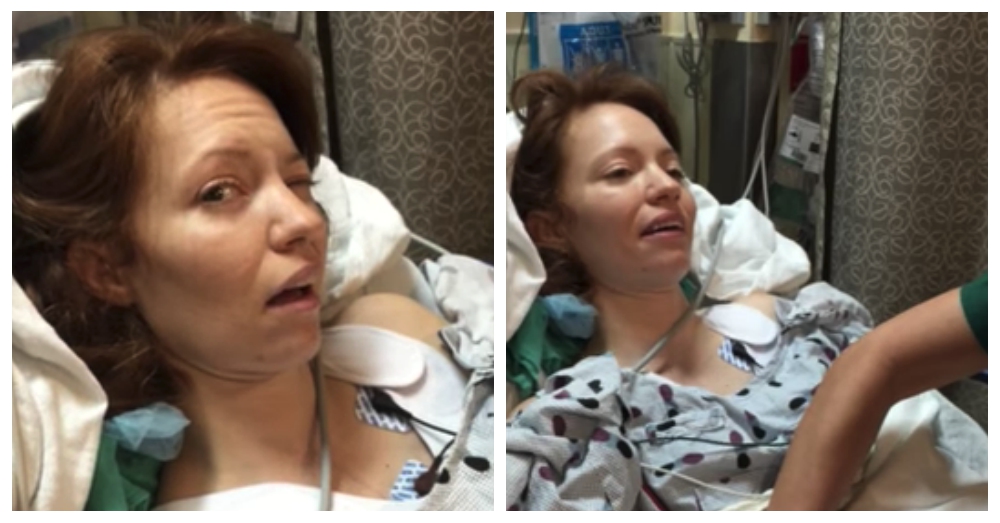 These videos run the gamut of emotions. Some of the clips are funny (you can’t help but laugh when she’s all drugged up and talking about boobs), while other clips are raw and emotional (like when she spends her recovery in the same wing of the hospital where her mother lay dying a year earlier and even recognized one of her mother’s nurses). And there’s something to be learned from each one. 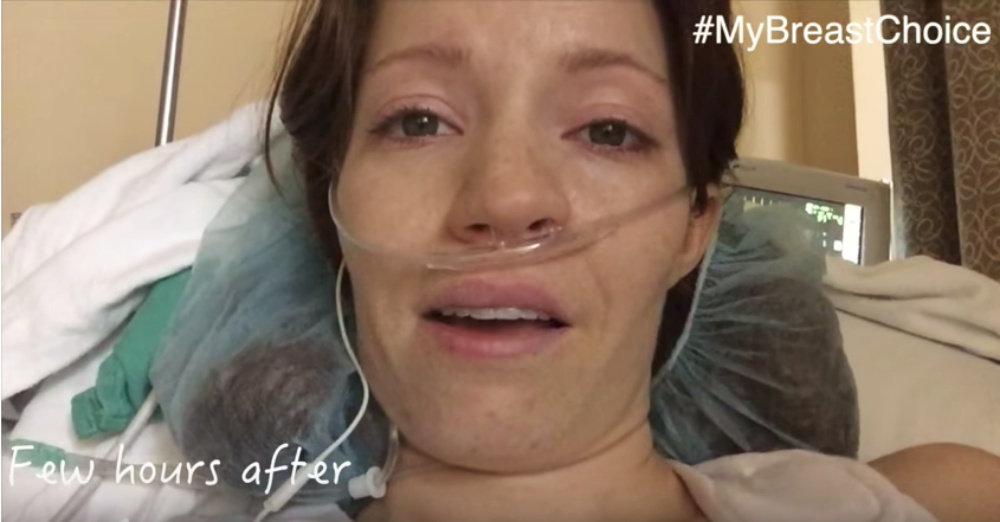 Aniela’s message to viewers is that working toward cancer “graduation” isn’t going to be an easy process and that there will likely be some things you aren’t prepared for, but everything will work out okay in the end. She encourages a positive attitude and a sense of humor but, at the same time, acknowledges that you can’t be positive all the time. Sometimes what you really need is a good cry. And that’s part of the healing process too. 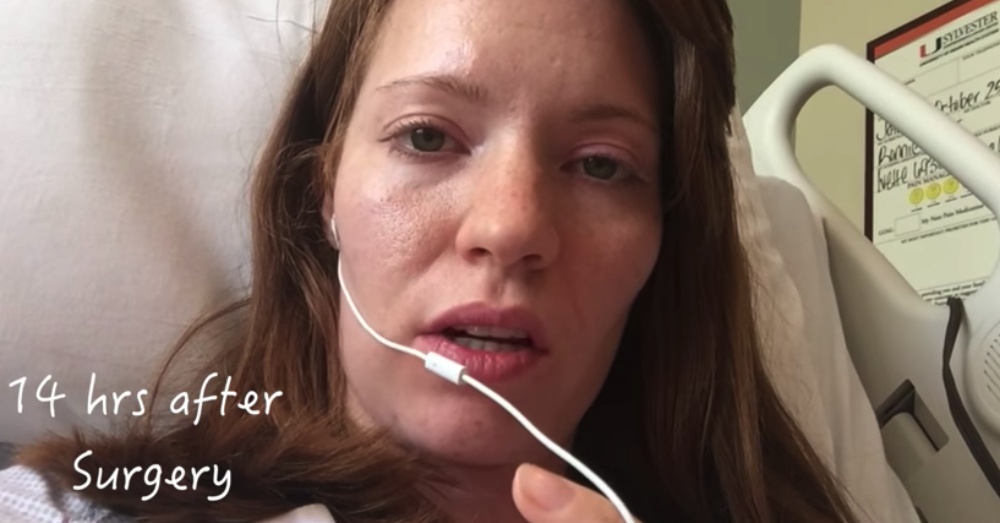 Thank you, Aniela, for working a little bit of humor into everything you do but also for being real about exactly what your experience was like. We hope your videos will help countless women find the strength they need to battle breast cancer too.

WARNING: This video contains profanity and topics that may be uncomfortable for some viewers.

Aniela McGuinness Tries Out Stick-On Nipples: Click “Next” below!