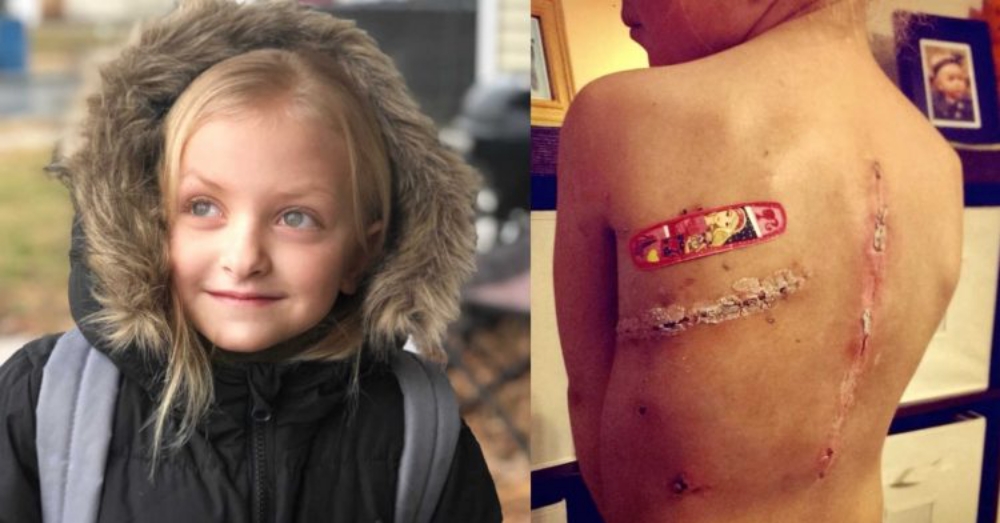 The illness is especially heartbreaking when it affects somebody of such a young age. “She didn’t know how to ride a bike, had never stepped into a classroom, and spent most of her days in a tutu,” the child’s mother wrote. “In the next year, she would endure more pain and suffering than most adults see in a lifetime.” 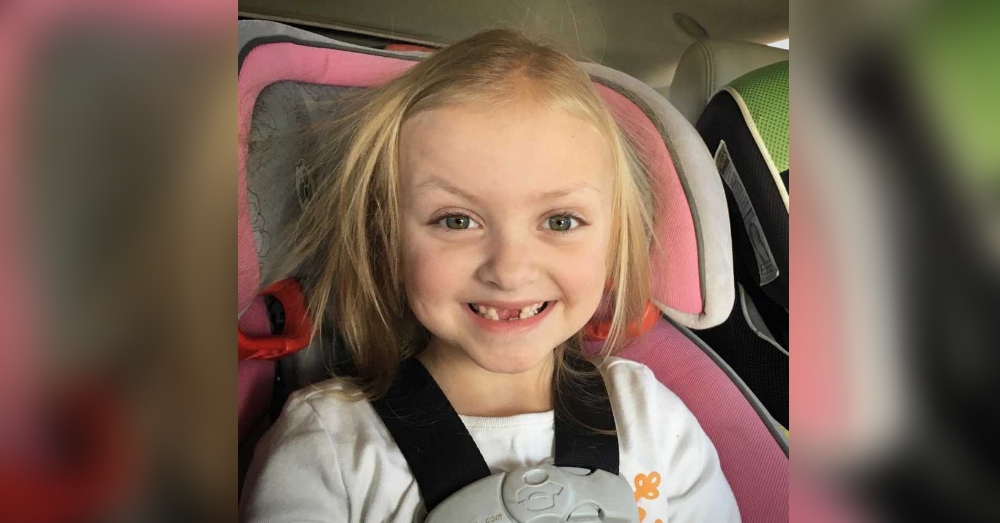 “She would attend funerals of friends she met and loved, who were lost to the same disease she was fighting,” the mother continued. “She would lose her beautiful head of blonde curls, nearly all of her muscle mass, and her childlike innocence.”

The tumor’s location between two ribs and touching her spine also made it difficult to operate. “Treatment was brutal,” the child’s mother said, recalling 17 rounds of chemotherapy, multiple surgeries, and the removal of four ribs and part of her spine sheath, and a spinal fusion. “Finally, she was declared in remission. I took home a frail, pale, bald, five-year-old, covered in scars.” 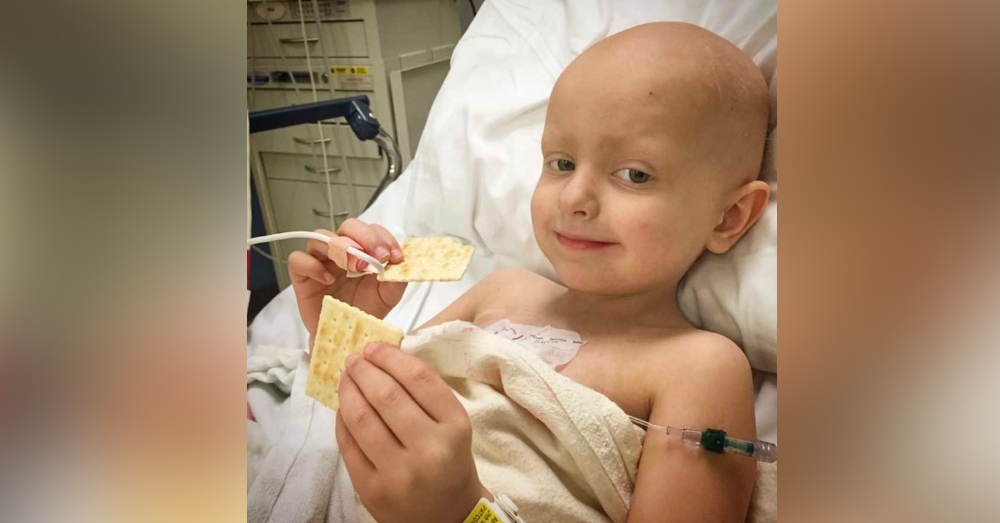 Fortunately, those days are in the past. “If you met my daughter today, this story would likely shock you,” her mother wrote. “Though small for 8 years old, she is beautiful, healthy, muscular, outgoing, funny, a talented, competitive dancer, and an honor roll student.”

“Yet there is some healing that will never come. Every so often the realization that she is still here, while some children are not, weighs heavy on her brave heart,” the woman wrote. 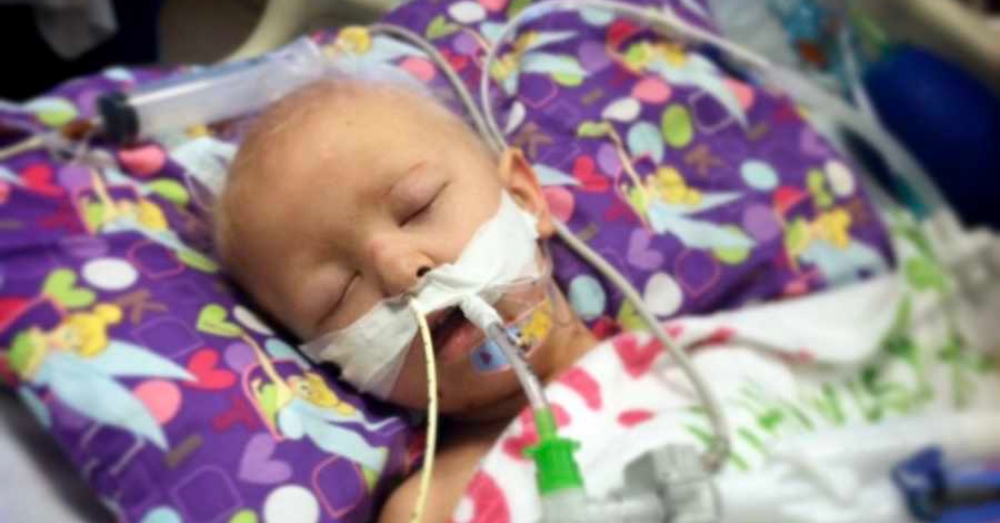 And even though they couldn’t possibly understand what this brave child was going through, school bullies also decided to interfere.

“A few weeks ago, on a rushed morning, I threw her shorts and a tank top and asked her to get dressed,” the blogger recalled. “She quietly asked me for a different shirt. Oblivious and in a hurry, I said, ‘Why? You loved that one. Just put it on. We gotta go.’” 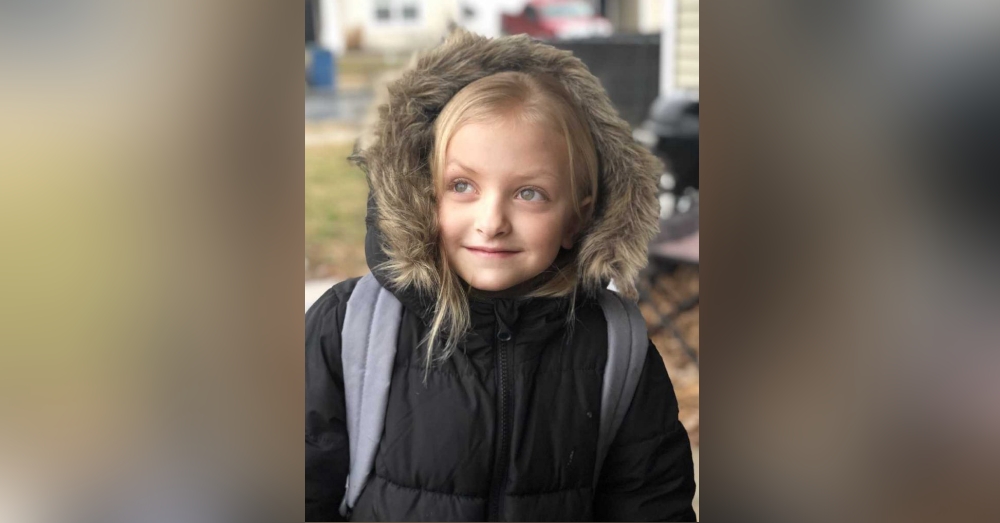 Fortunately, this brave girl decided to tell her mother was really bothering her. “A boy at camp told me I shouldn’t wear shirts that show my scars. He said they are scary,” the girl sobbed. “I just want to be normal.” 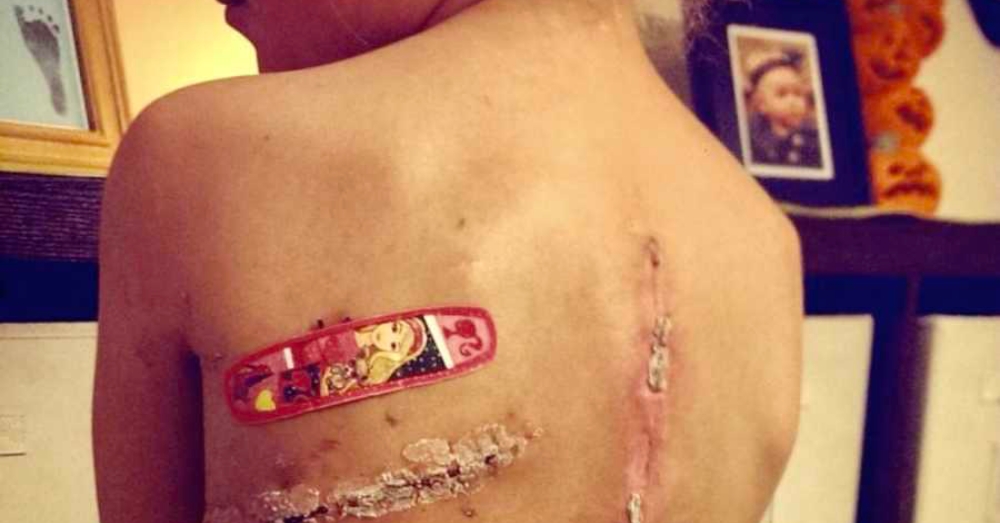 The mother, fortunately, reminded her daughter that she could serve as an inspiration for other little girls who might have similar scars. The girl smiled, put on her brave face, and showed that bully who’s boss by proudly wearing her favorite shirt to school.