That’s why Huntsville Hospital for Women and Children decision to let patients ride toy cars and trains into surgery is being applauded by child psychology experts. The playful move helps put kids at ease and also helps improve their overall stay at the hospital. 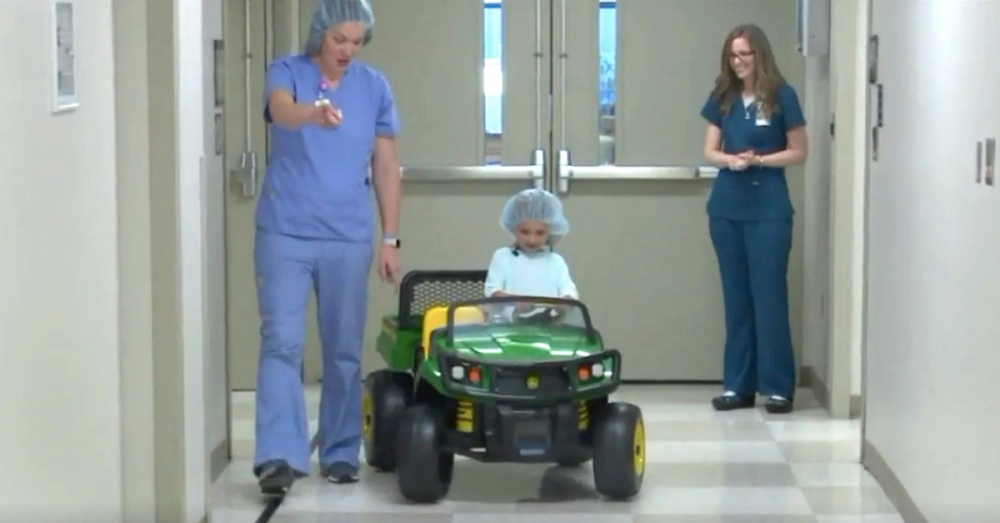 This is why Barksdale is actively seeking to make the hospital more appealing to younger residents, who are much more vulnerable than adult patients. “We have all developmental ages and ranges of emotions,” she said.

The hospital is also seeking to increase the waiting room’s overall fun factor, which has previously been described as a stressful place for young patients. To counter this reputation, the hospital is transforming the waiting area into a games room.

“So, this is kind of one of those things that keep their mind off everything before they have to go back,” Pediatric nurse Haley Franks explained. “Especially if they have any kind of procedures or anything, they are able to kind of play out here in the lobby and have some fun while they’re waiting.”

In another ingenious move, staff has realized that toys can double as hospital beds, which is certainly a lot more fun for kids as they’re moved from room to room. Some kids even get a driver’s license in order to pilot their own “car.”

“It makes it easier on that transition for the parents as well as the child,” Franks explained. “Because they know the child is not scared, they’re not crying, they’re not leaving them in a fearful state.”