Costco isn’t widely known as a hamlet of inspiration, yet scores of shoppers found themselves unexpectedly inspired by an impressive – and apparently impromptu — rendition of Adele’s “Someone Like You.”

One of the musicians, a budding musical therapist from California, got the idea after watching Costco’s piano salesmen, Justin, belt out a fantastic rendition of an entirely different song. 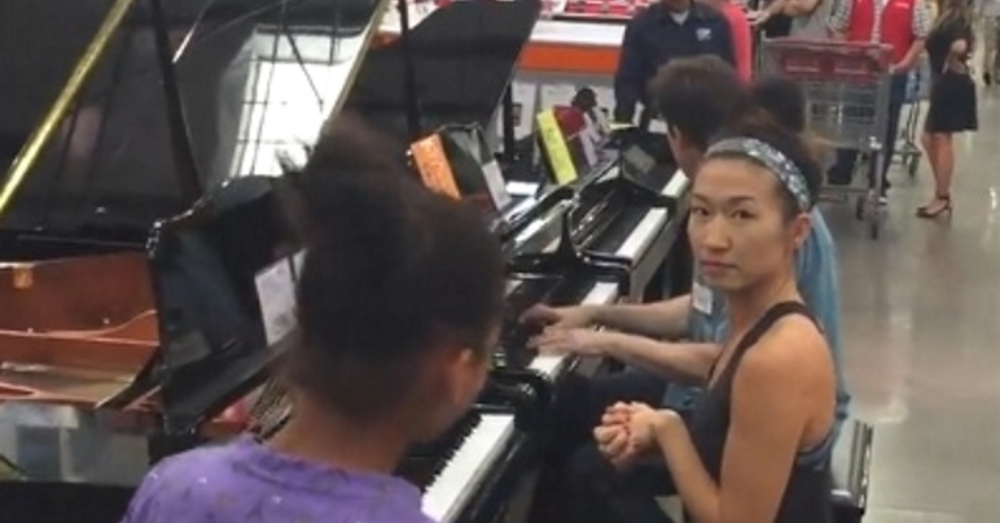 “One day, I happened to walk into Costco and heard “Killing Me Softly” played by Justin, Yamaha Salesman, and we decided to jam away on Adele’s “Someone Like You,” the young musician wrote on the video, titled “Costco Piano Girl & Piano Salesman: Improv,” which has since gone viral on YouTube. “He picked the keys, and we just went for it!”

“Never would I have guessed that this video was going to hit millions of views!” the young musician continued. “I really appreciate all the love and support everyone has shown!”

She has even adopted a new moniker, Costco Piano Girl, to leverage her newfound fame.

After the video started gaining views, a few commenters pointed out that children playing in the background were ruining the experience. The pianist added a few extra “notes” of clarification, and a call for kindness.

“I would ask that you would see the “imperfections” in the music as humanness in all of us,” she wrote. “The extra notes in this video, although not initially intended, added flavor and uniqueness to the whole experience. I hope we can all see it as the children improvising along with us. They wanted to make music too!”

Would you ever play piano for a group of complete strangers in a Costco? Relive this heartwarming moment in the video clip below!