Most parents and grandparents beam with pride when they see their child/grandchild displaying their budding talent, but this feeling only grows when said child grasps onto something special from the elder generation, which I think we all can agree had the best music!

But one Minnesota grade school was filled with far more than familial pride when a bespectacled 10-year-old belted out a rendition of John Lennon’s “Imagine” at his fourth-grade graduation recital. 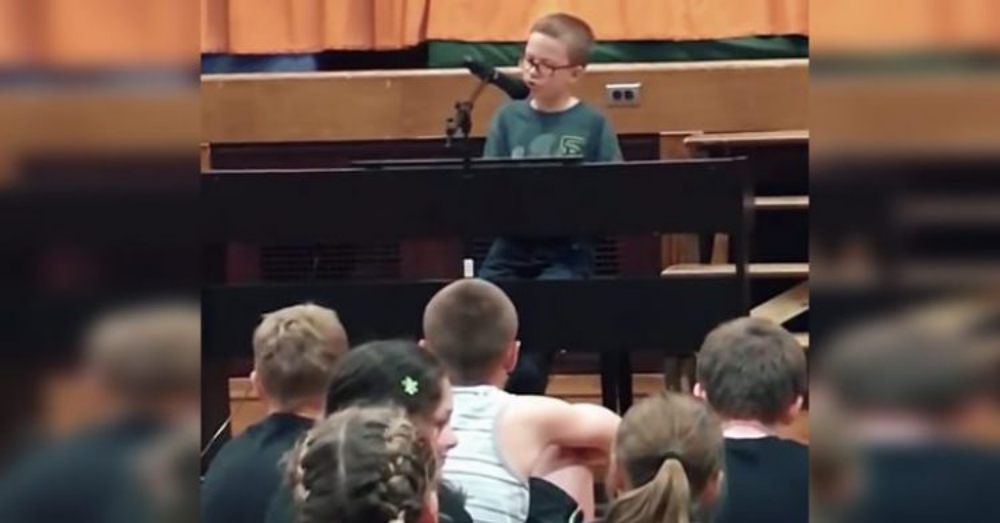 Thousands of people have since watched the clip, which was recorded at Lakeside Elementary School and quickly went viral, transforming10-year-old Kornowski into an internet sensation virtually overnight. Many watched with bated breath and tearful eyes.

Adam loves good music and, despite his young age, would choose John Lennon over Justin Beiber in a heartbeat. That’s why this youthful songbird chose to wow his classmates with one of the former Beatles’ most famous song, despite the bulk of his generation holding vastly different musical tastes.

“There wasn’t a parent in the room with a dry eye by the end,” his mom, Michelle, wrote on Facebook. “He got a standing ovation, and the applause lasted forever! A woman stopped me to tell me that she would buy it on iTunes if I put it out there!! I love his bow at the end…so polite!” 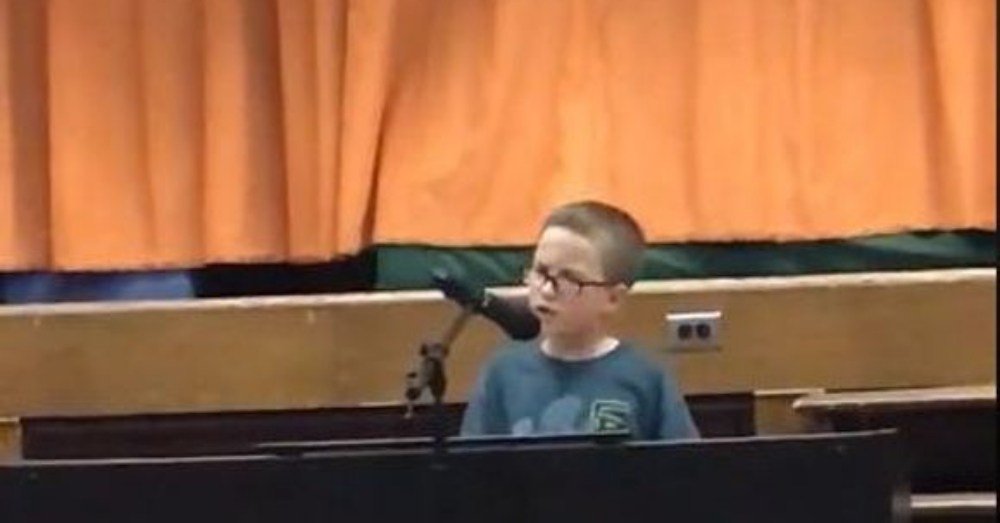 Michelle’s sensitive pre-tween also chose this song for Lennon’s thoughtful lyrics, which project a message of hope in divided times. “There is so much strife in the world, and he wanted to do a song that had peace and hope in it, hoping that people would listen to that,” she said.

“He listens to the music he plays, and I think the John Lennon song resonated with him and he just wanted to send a message as a 10-year-old kid.”

Despite the overwhelming response to their young son’s concert, Adam’s family isn’t quite sure what happens next. “We’ll have to see what comes from this,” said Adam’s dad, who taught his son to sing and play the piano in the first place.

“This is a once-in-a-lifetime experience that’s just been a lot of fun. From reading the comments (on the Facebook post), I think I know what happened. People saw a young boy singing a song like that and where we are in the state of the world and I think people are looking for beauty. This was the right song at the right time.”

What do you think of Adam’s cover song? Check it out in the video below!