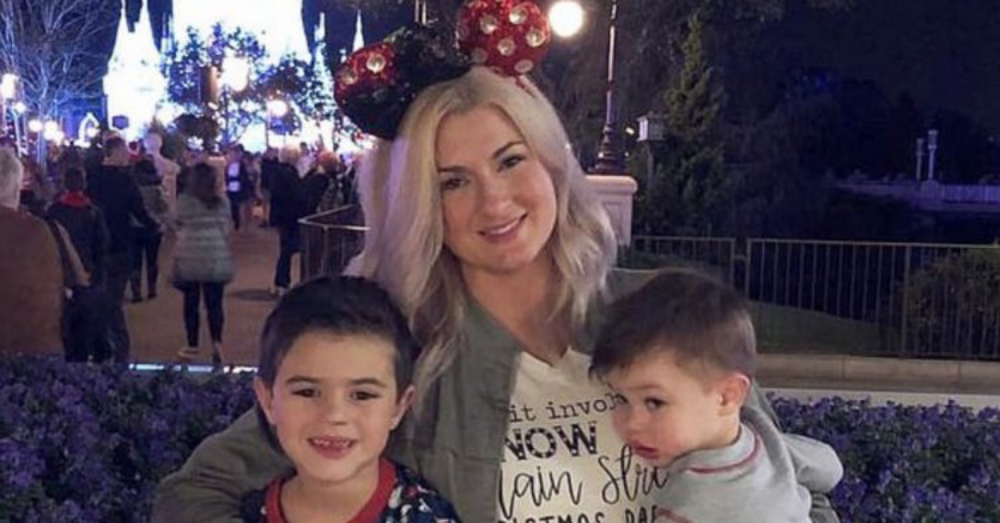 Fewer things embarrass parents as much as their children throwing a temper tantrum in public. Even worse, these outbursts easily escalate into nightmare situations when they happen on an airplane!

Most parents understand the difficulty of controlling a small child, especially one under two. Most of the time, all you can do is comfort them and hope for the best. Spoiler alert: That doesn’t always work. 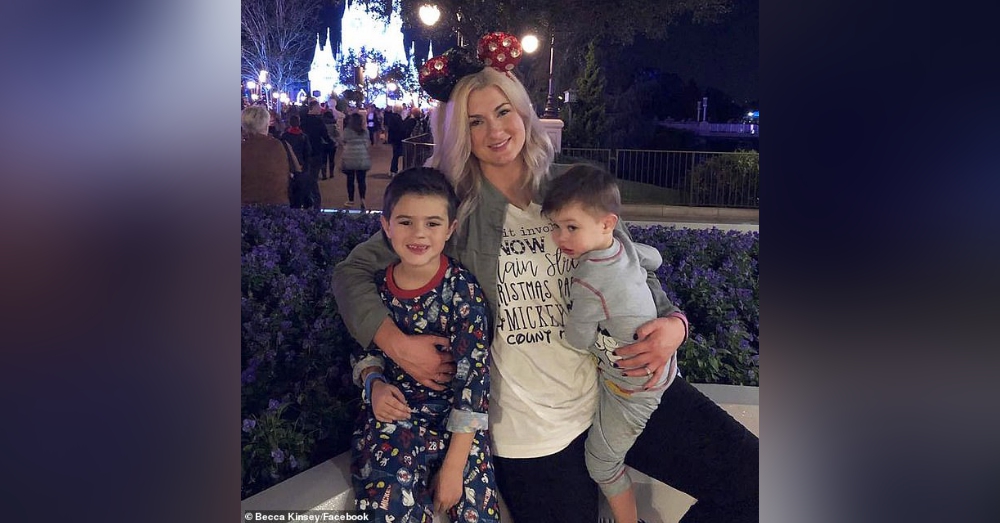 This was the experience of a 31-year-old Dallas mother named Becca Kinsey, who was traveling alone with her young sons on a flight. Her husband wouldn’t be traveling with the family, so Kinsey knew she would have to handle any potential disasters by herself. All she could do was pray that her 5- and 2-year-old sons would be on their best behavior.

It quickly became clear that this was not going to happen. As they waited in line to board the airplane, Kinsey’s youngest son, Wyatt, started uncontrollably screaming. Rather than comfort his brother, her eldest, James, simply pretended to be really tired. It was a horrible foreboding of what was to come, and they weren’t even up the air! 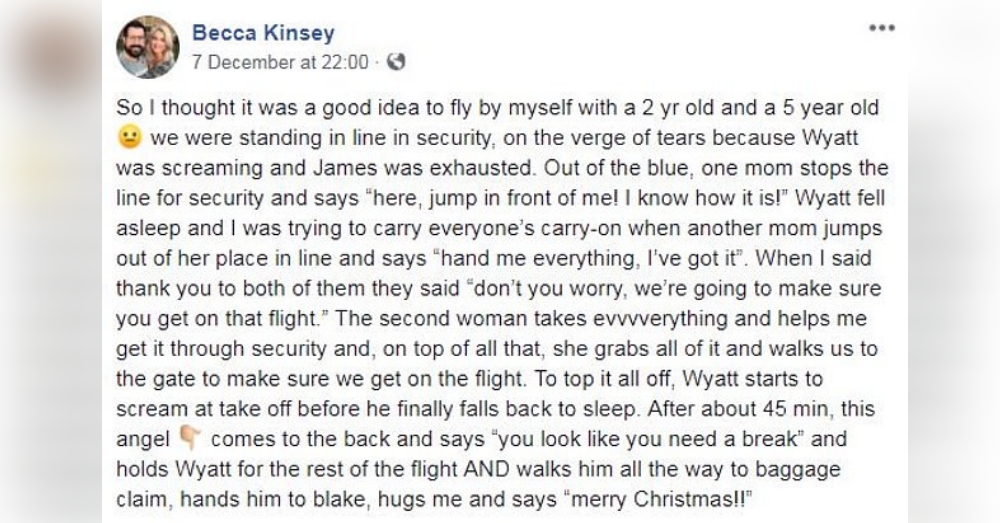 Suddenly, another passenger made room for the Kinseys to cut up in front. This traveler was also a parent, and clearly remembered the pain of traveling with a toddler.

“We were standing in line in security, (and I was) on the verge of tears because Wyatt was screaming and James was exhausted,” Kinsey wrote on Facebook. “Out of the blue, one mom stops the line for security and says, ‘Here, jump in front of me! I know how it is!”

This fellow mom’s kind action inspired a second mother to step up, picking up Kinsey’s luggage and carrying it all the way to the gate. Unfortunately, the boys’ behavior failed to improve as the trio boarded the plane.

After listening to Wyatt scream for almost an hour, a third woman walked over to Becca’s seat – and kindly offered to comfort the young boy so this weary mother could take a breather. 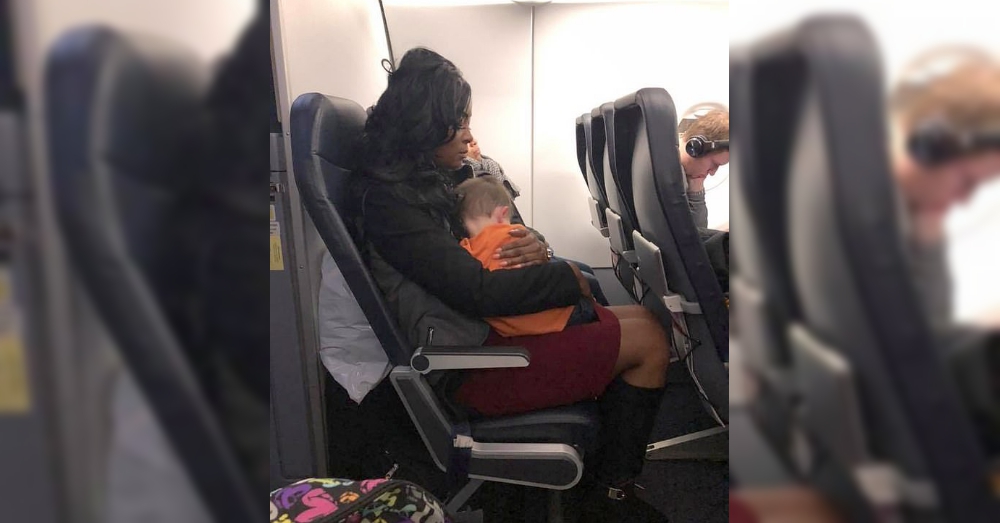 Now Becca is wholly convinced she shared the plane with three heavenly beings: “After about 45 mins, this angel comes to the back and says, ‘You look like you need a break’ and holds Wyatt for the rest of the flight and walks him all the way to baggage claim, hands him to Blake, hugs me and says, ‘Merry Christmas!’” 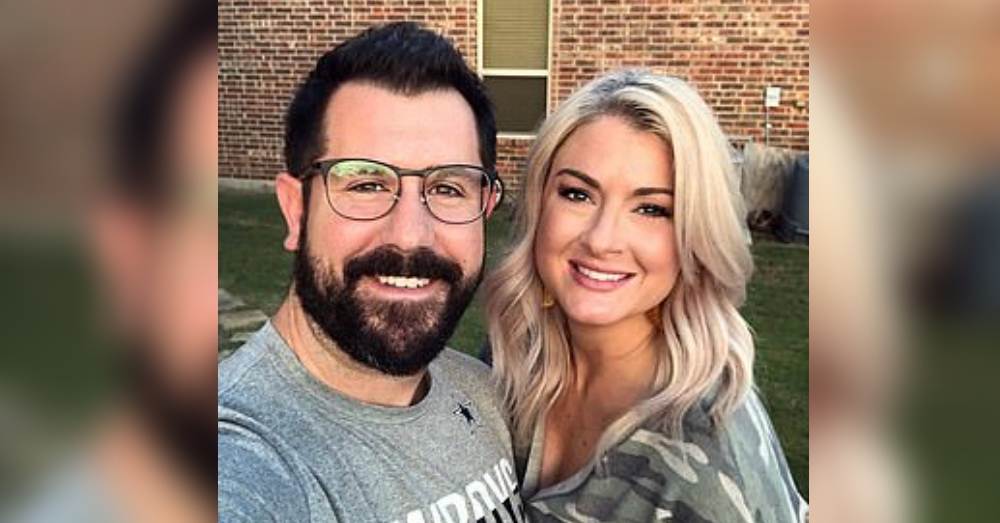