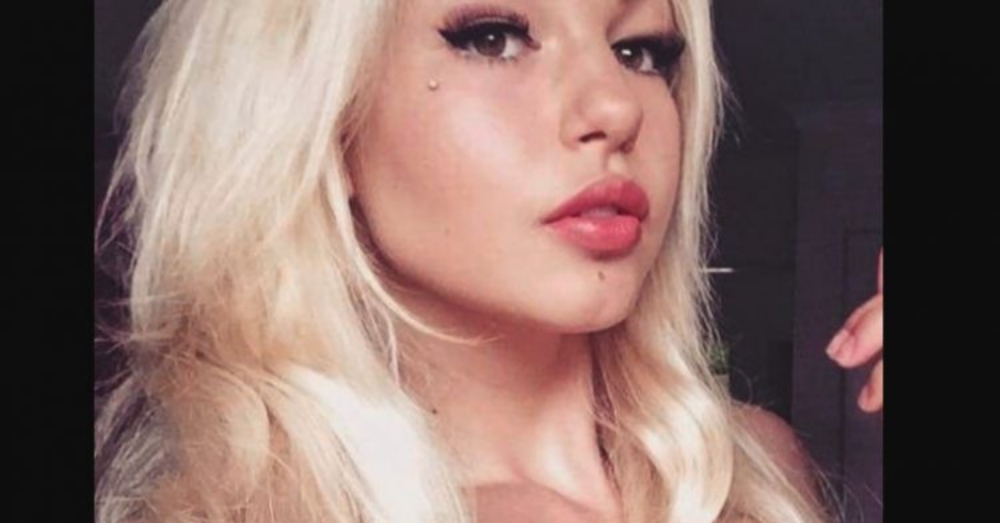 Dreaming big is a feature of growing up, but most kids limit their ambitions to becoming lawyers, doctors, and/or travel.

However, 23-year-old Amber Luke from Australia had an entirely different vision. While most of her friends were weighing their career options, Ms. Luke decided that what she really wanted was to become a dragon. 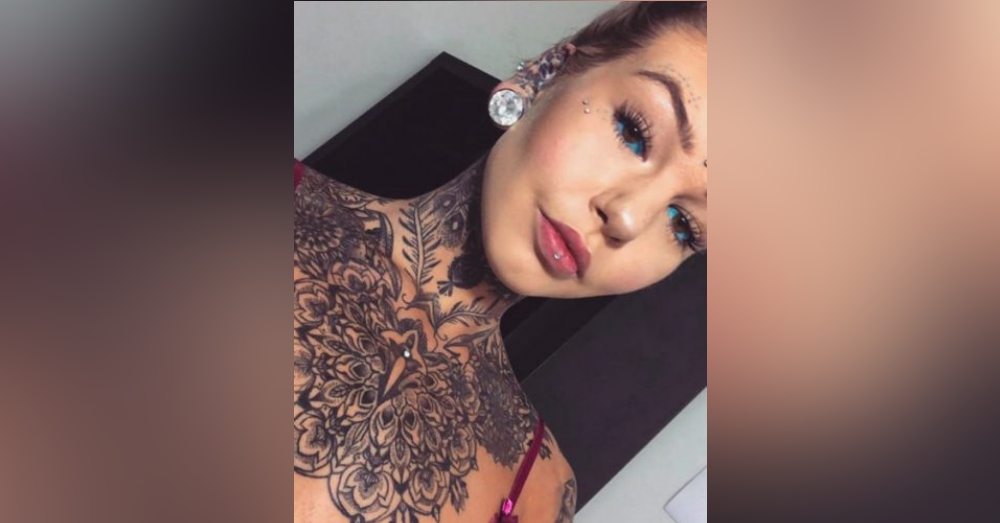 Her family tried to deter their daughter from this unique ambition, but Luke remained unmoved. She also started saving, because the physical transformation from human to mysterious creature would require multiple surgeries and a boatload of cash.

Within a couple of years, Luke’s transformation was complete. Now she scares people wherever she goes!

The past couple of years have been a whirlwind of tattoos, piercings, and surgical procedure that lent more reptilian features to her eyes and her tongue. This involved dying her eyeballs with a permanently blue hue, which is apparently how reptiles in the Medieval tales do it, and adding a serpent-style split to her tongue.

The operations, which included a cosmetic procedure to give her ears an Elf-like point, added up to an eye-popping $10,000. 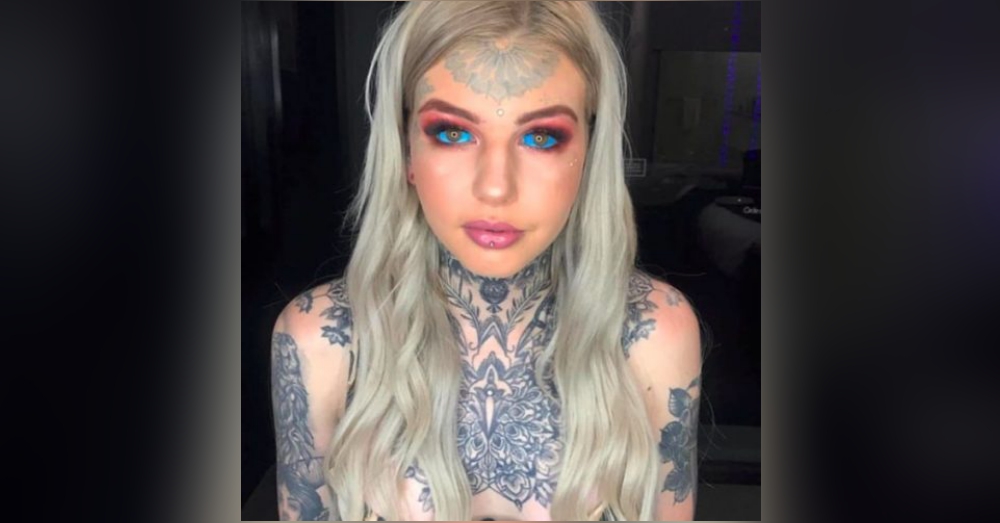 These days, Amber goes by the nickname “Blue Eyes White Dragon,” and likens her quest for altering her body to opioid addiction. BEWD is also a “body positive tattoo enthusiast” who believes that — despite what society tells them — tattooed people should remain proud of their ink. 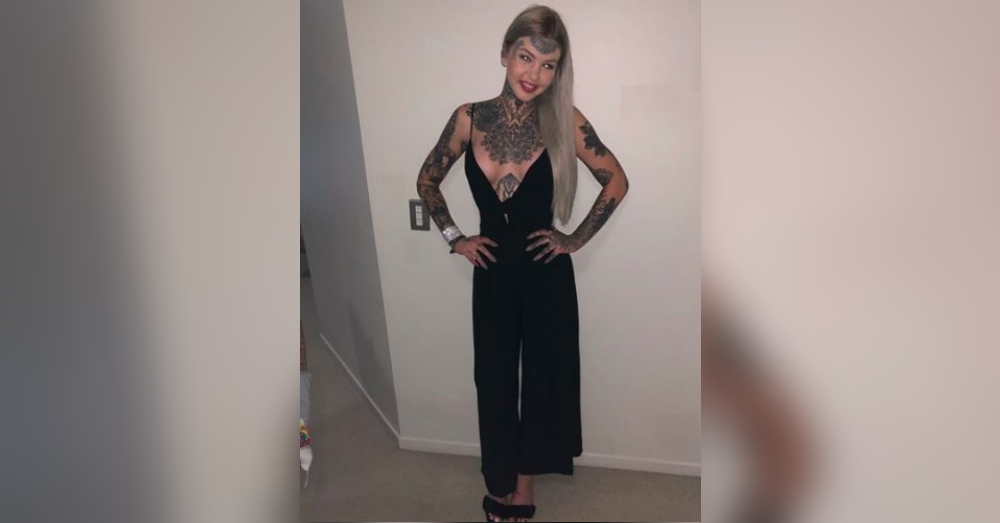 “As soon as I turned 16, I was inspired by those around me to get tattooed. I craved to know what the feeling was like,” Amber “Blue Eyes White Dragon” Luke told the Daily Mail.

“I developed an addiction at sixteen years of age. By the time I hit eighteen, I already had three tattoos. And when I turned eighteen, I decided to get my first big piece.” Now she has 50 tattoos covering her body.

Like most addictions, her obsession has come with a huge amount of risk. Dying her eyes left her temporarily blind, and the procedure itself was excruciatingly painful. “The procedure for getting my eyes done was only forty minutes,” she recalls, describing the situation as intense. 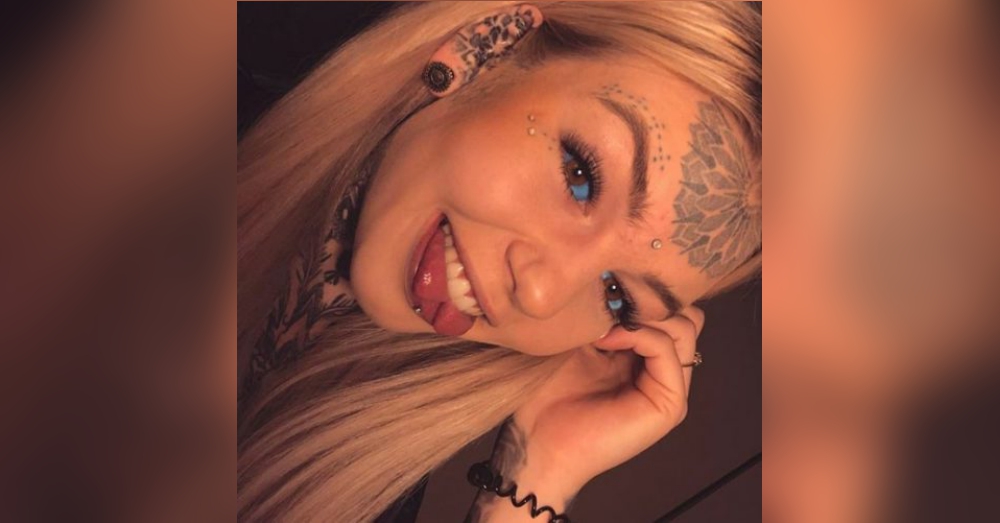 “My eyes got held open while a syringe was injected into my eye four times per eye. I was blind for three weeks.”

Nor was Amber’s split tongue, which also garners a great deal of attention in public, an easy procedure. “My tongue split was very uncomfortable as well,” she recalls. “I wasn’t able to speak or eat for a week afterward.” 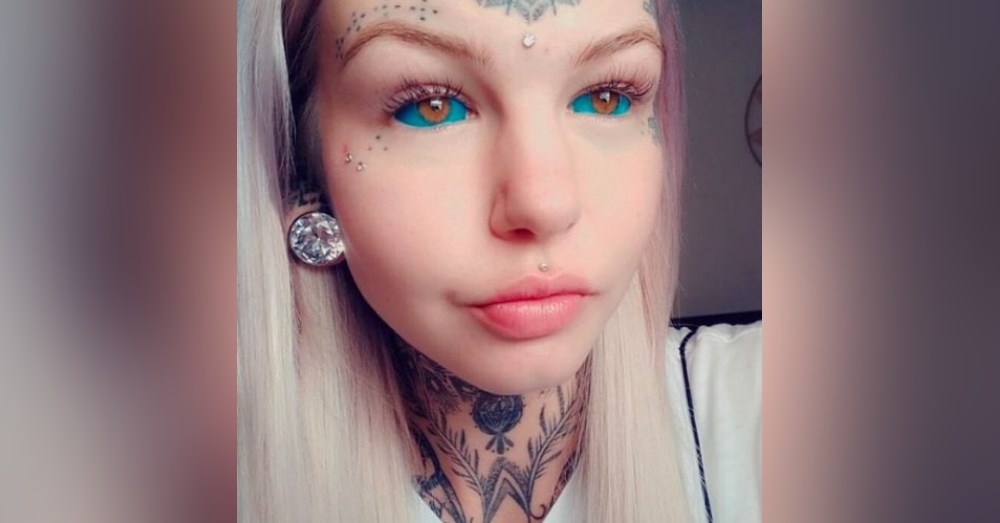 At least modifying her ears, which only required inserting a silicon ball atop each, was relatively painless.

There’s a chance Amber might come to regret her serpentine look, but for now, she still seems quite happy with her head-turning new get-up. “I absolutely hated the way I used to look,” she said. “I was boring.” 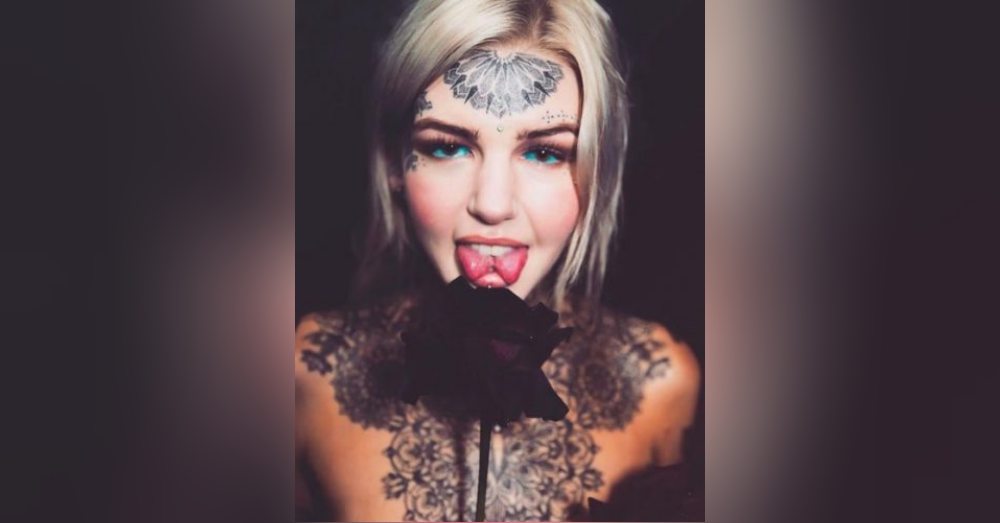 What do you think about Amber’s new look? Would you ever do this?