Sarah Day was four months pregnant with her second child when she was told that she had breast cancer.

Day, who was 36 at the time, was surprised by the news because she has no family history and led a pretty healthy lifestyle.

Her cancer specialist wanted her to begin treatment immediately. She was given the option of getting a mastectomy as well as undergoing chemotherapy — but both would endanger her fetus. She was told that the mastectomy would raise her risk of miscarriage, and chemo could alter her baby’s development in the womb. 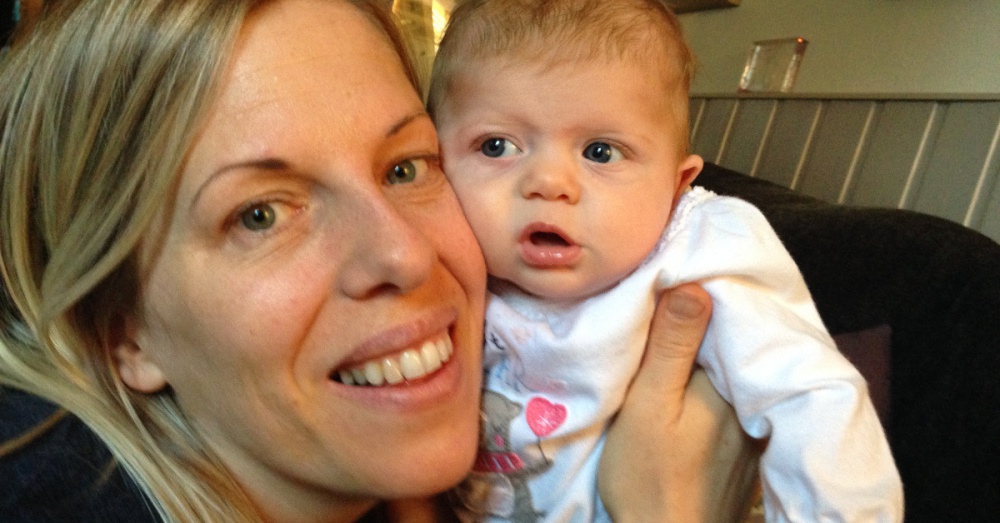 Because the tests Day was given while pregnant were fairly limited in scope, she didn’t know how aggressive the cancer was. She thought about her options, and ultimately decided to hold off on treatment until after her baby was born.

“I didn’t know for sure if I would die if I delayed treatment until after the birth,” Day told iNews. “But, call it a mother’s instinct, something within my heart spoke to me and told me to decline treatment at that time. We wanted to believe there was another way for us to overcome the challenge we were facing.”

Day, who lives in Devon, England, did what she could during the pregnancy to be as healthy as possible. She also started low-dose immunotherapy, which amps up the body’s natural defenses to kill cancer cells. However, the treatment wasn’t covered by the National Health Service (NHS) in England so she had to fund the therapy herself. So she maintained a dose that would simply stop the cancer from spreading, not work on eliminating or shrinking it. 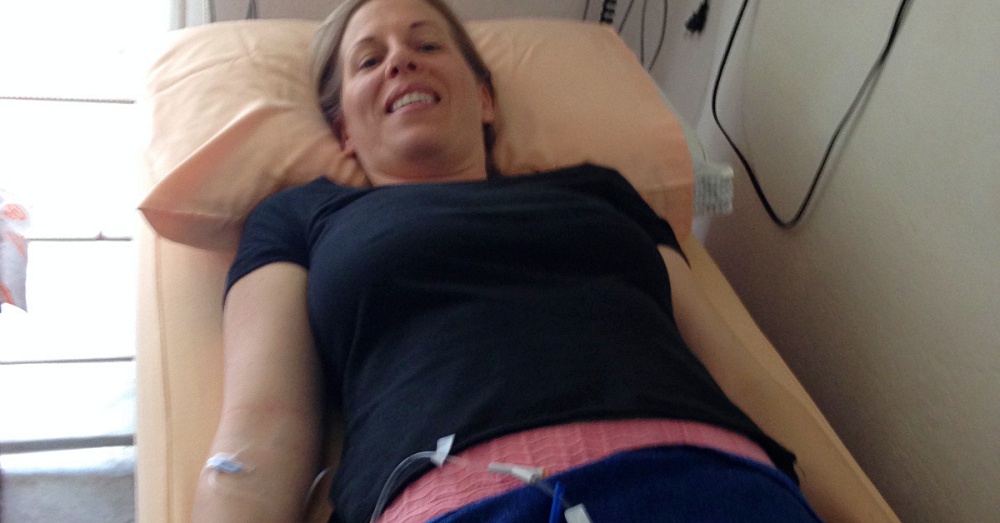 “It became my mission to learn as much about cancer and natural remedies so I could reach the first goal I had set myself – of bringing our baby into the world unharmed,” she said.

She achieved that first goal, and her healthy daughter, Nelly, was born at full term.

But now that she was able to carry out the mastectomy and chemotherapy that her doctors still recommended, Day refused them.

“We’d done some research and my opinion is that chemotherapy is such a toxic route to take,” she said. “The mastectomy seemed an aggressive option and we wanted to carry on giving immunotherapy a go at a higher dose.” 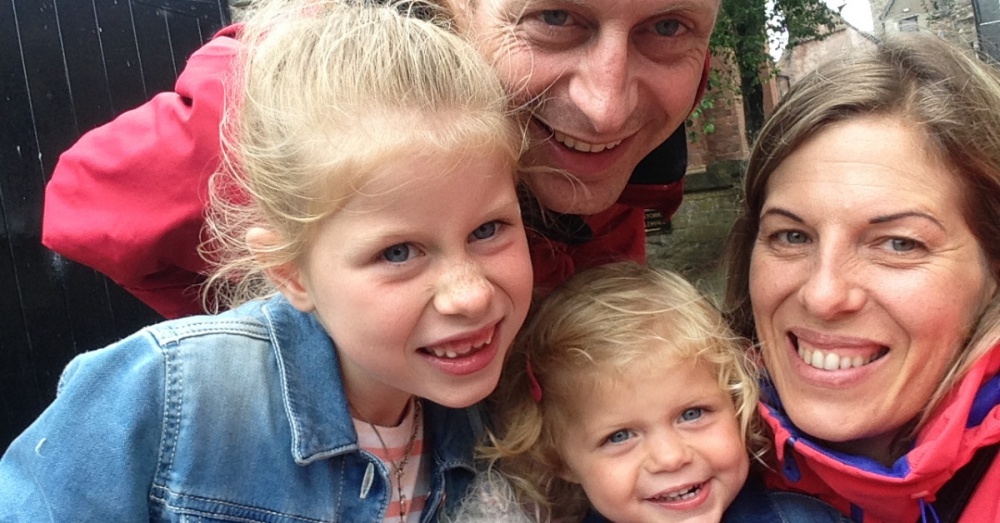 Along with the immunotherapy, she had oxygen therapy and vitamin therapy, and she also followed a ketogenic diet, which is a low-carb, high-fat diet.

Alternative and complementary therapies (such as the vitamin therapy and ketogenic diet Day was utilizing) are not considered to be medically proven ways to treat cancer.

This is what happened to Day. 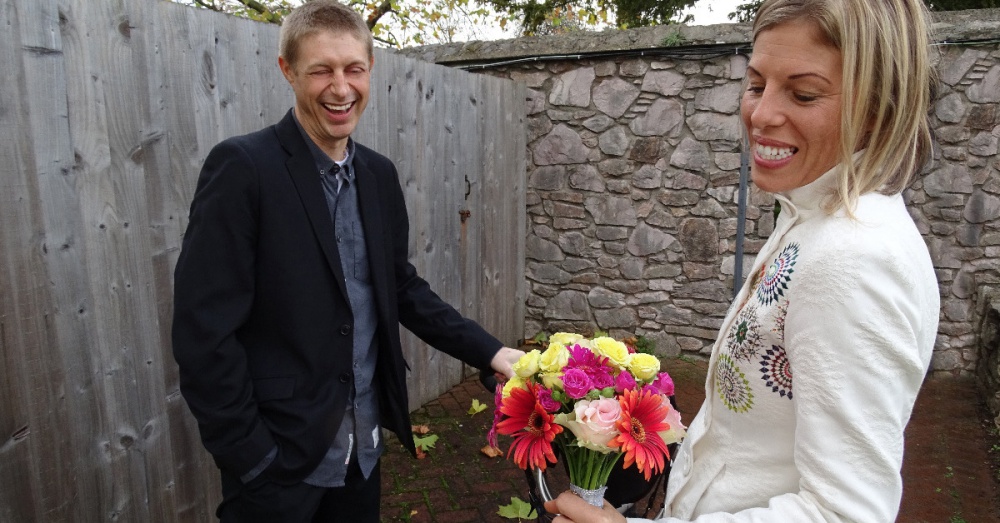 She kept up with the immunotherapy treatment for two years, but the bills became too much and she found herself in steep debt. So she discontinued the treatment, and focused on simply staying heathy. During the summer of 2017, she was close to her goal of being cancer-free.

In March of 2018, she fought a nasty case of the flu and her health began to fail. When summer arrived and she still had a nagging cough, she went to the doctor and had a scan performed.

Her breast cancer had metastasized to her lungs and bones. She was stage IV, which can be treatable but is incurable. 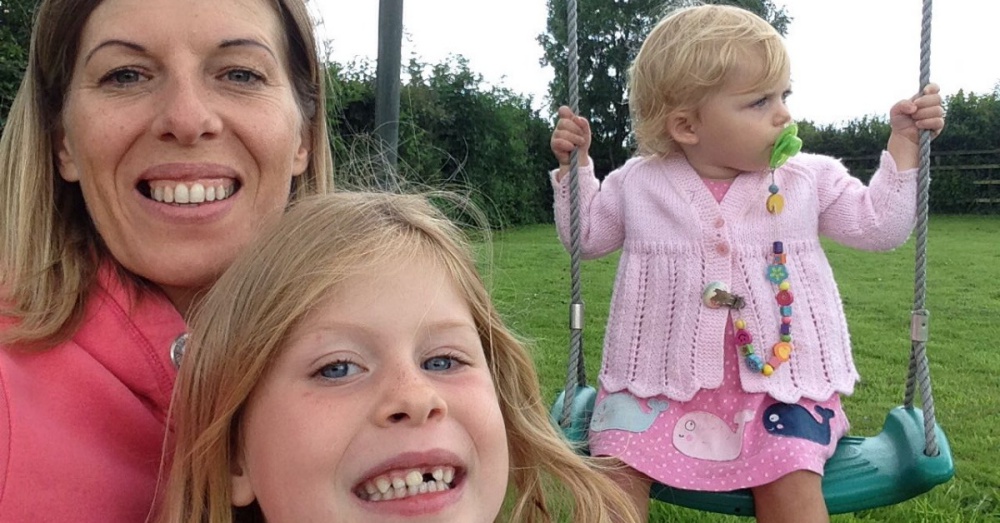 “It was a huge shock as I was running four times a week and had felt the fittest I’d ever been,” Day said.

Day is continuing to refuse the NHS-approved treatments of chemo, radiation, and surgery. Instead, she has started a GoFundMe to help offset the costs of additional immunotherapy treatments at home, which, again, the NHS does not cover.

Her husband has quit his job to help care for her and their girls. 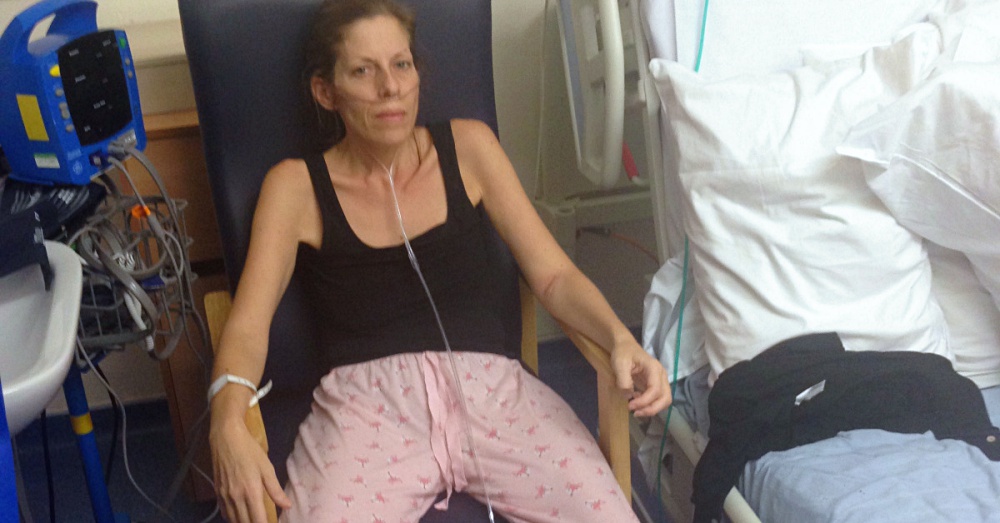 She is getting advice from four different doctors “around the world.” She is continuously attached to an oxygen machine, has a drain placed in her lung, is weak and in constant pain.

“I desperately want to be here for my children,” she said. “Despite the cancer having spread I have no regrets.”

She Had Surgery And Chemo While Pregnant With Her First Child: Click “Next” below!