Diagnosed 3 Weeks Before Her Wedding, She Finally Gets To Ring Bell Signaling End Of Chemo

Three weeks before she was supposed to get married, a 30-year-old Louisiana woman was diagnosed with breast cancer.

Megan planned to marry Ben Badon on April 27th. But symptoms that developed over the preceding months made those last few weeks before the ceremony even more stressful than they usually are for couples.

Badon first felt a lump in her breast in December. She dismissed it because it wasn’t painful or causing her any problems. She assumed it was just a cyst, and pushed it out of her mind. 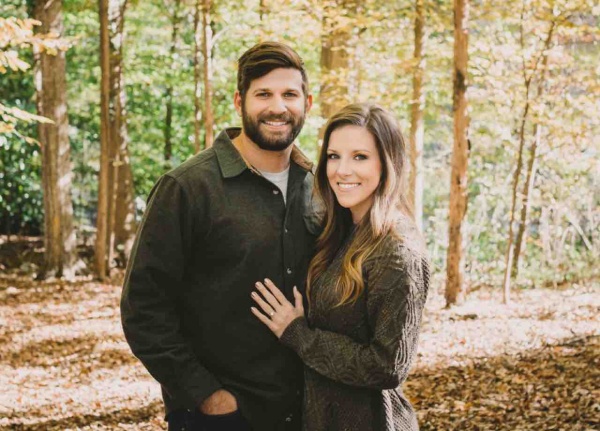 Then, in March, she experienced extreme fatigue and nausea for 72 hours. She was on her bachelorette trip and saw no reason to connect her symptoms to the lump in her breast.

In April, however, the lump in her breast became very painful. Badon’s doctor recommended a mammogram. When she was at that appointment, they also gave her an ultrasound. Then a radiologist came in to recommend a biopsy.

“At that point, I knew something was wrong,” Badon told The Advocate. “It was probably 10 minutes before he opened his mouth and he said he wanted a biopsy. That’s when they asked if there was anybody I could call to come sit with me. I just lost it. I started bawling right there.” 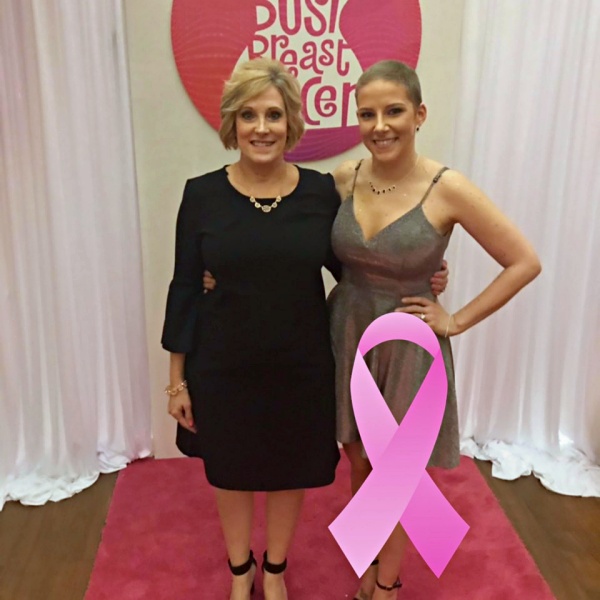 Badon’s soon-to-be-husband and her mom arrived to support her, and were with her when she got the devastating news. She had breast cancer.

It was an early stage — stage I — but it was also triple-negative, an aggressive form of the disease. Her doctors recommended she start chemo immediately.

Because of the aggressiveness of the cancer and the subsequent treatment, Megan and Ben needed to make a quick decision about whether or not to go through fertility treatment and freeze her eggs. They had only one day to decide. 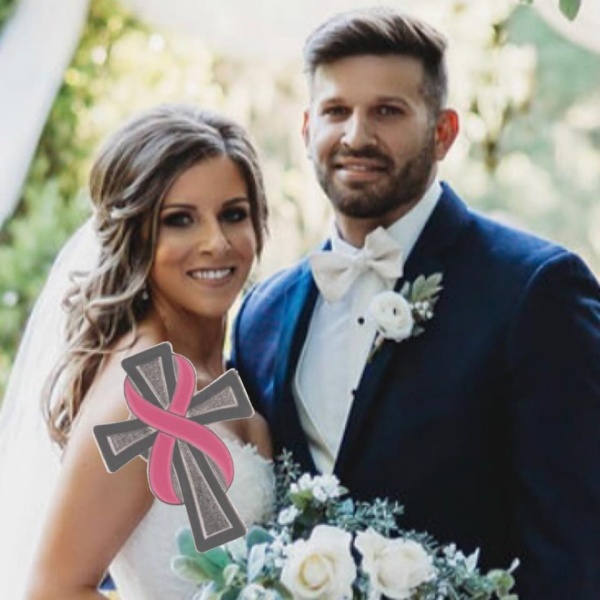 Ultimately, despite the cost of the fertility treatments on top of the cancer treatment (on top of wedding costs), they decided to freeze her eggs.

“I didn’t want to look back one day and think that I should have gone through with it,” she said. “My husband and I talked and decided we were going to push through and figure out how to pay for it later. I was doing injections for fertility 30 minutes before I walked down the aisle.” 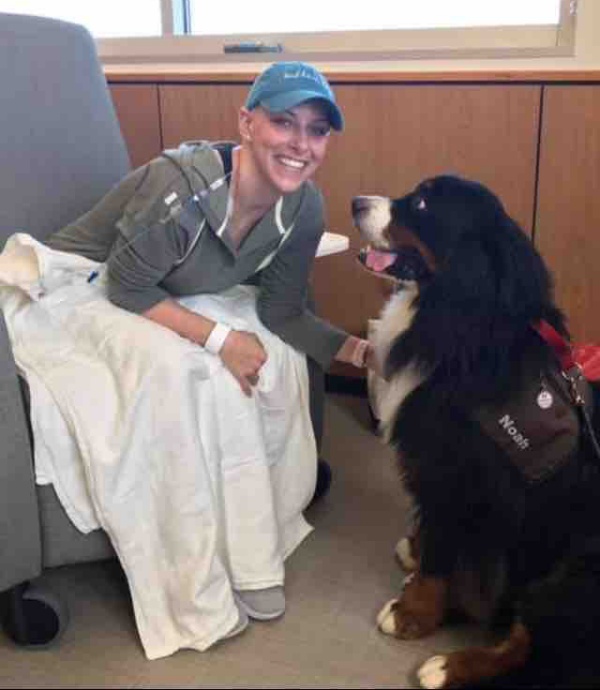 When they exchanged their vows during the wedding ceremony about loving each other “in sickness and health,” it struck the couple deeply.

“Both of us had to pause. It meant so much more because we knew we were really about to go through hell,” Badon said. “It just made that day so much more meaningful because we were going into this knowing we were about to start newlywed life different from anyone else.” 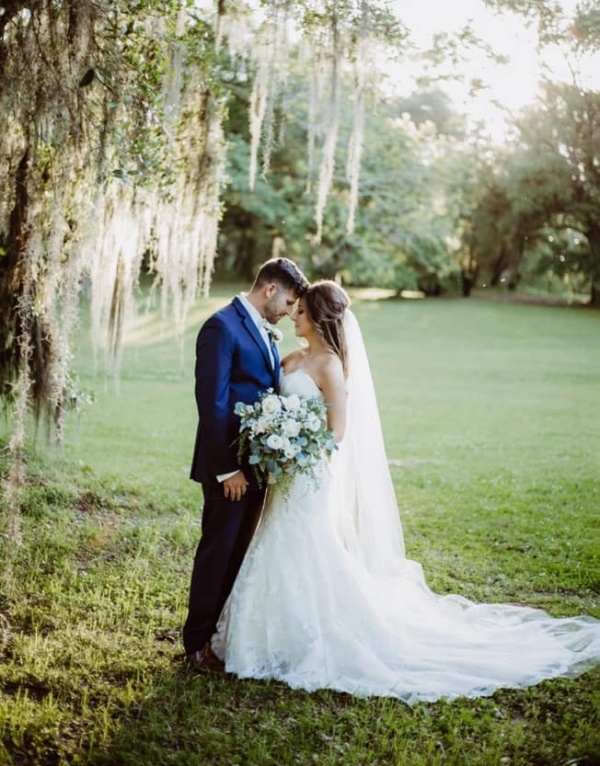 The couple got married on a Saturday. They cancelled their honeymoon. That following Wednesday, Megan had surgery to insert a chemotherapy port. A few days after that (exactly a week after their wedding), Badon went through the egg retrieval procedure. Early that following week, she started chemotherapy.

Megan says that her husband has been her “saving grace” during her battle with cancer.

“He is the steady one. He’s always calm, cool and collected. He never cracked at all. I don’t know how he does it. He has seen me at my very lowest. I was sicker than I’ve ever been. He’s just been my saving grace through this whole thing.” 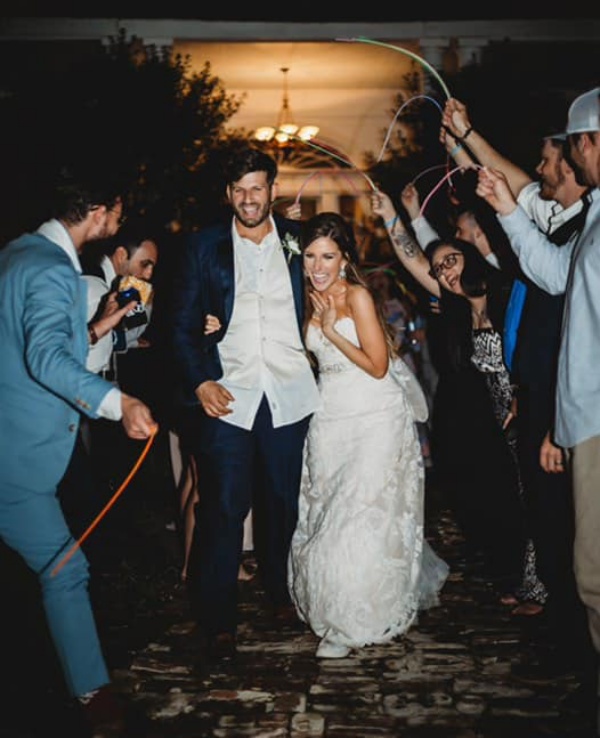 Badon has some advice for other women.

“No matter how minor something seems, you need to get it checked,” she said. “Cancer doesn’t discriminate. It doesn’t matter what age you are or what is going on in your life. It touches who it touches. I didn’t think anything like this would ever happen to me, and in a day, my life was completely turned upside down. If something doesn’t feel right, get it checked.” 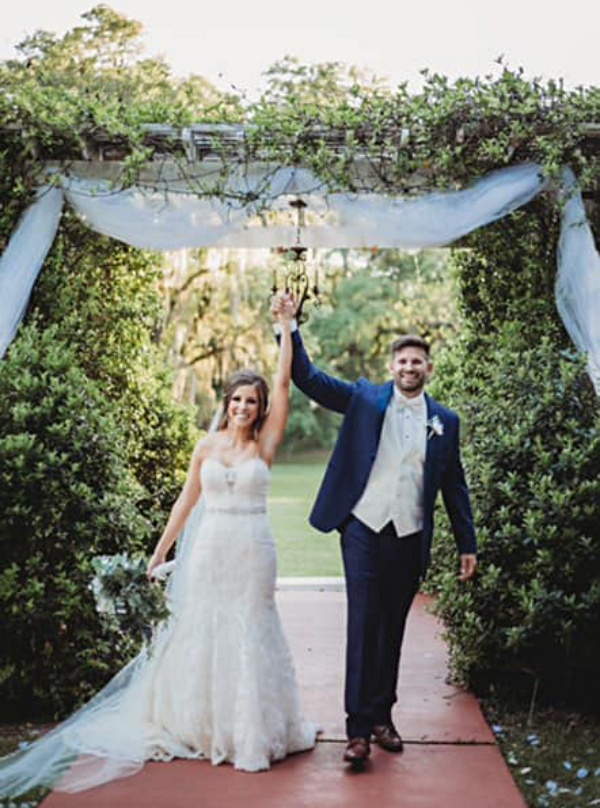 The first few rounds of chemo were rough on her. In late September, Badon completed her last round of chemo. Though her prognosis is promising, triple-negative breast cancer has a higher than normal chance of metastasizing, so Badon knows she has to be viligent.

Woman’s Hospital, where Megan underwent treatment, asked if they could feature her during Breast Cancer Awareness Month, and she agreed. When Megan rang the bell signaling the end of chemo, she had a whole entourage of supporters there to cheer her on.

Take a look at the video to see her ring the bell. We are so happy that she is done with treatment and is cancer-free!