Reverend Billy Graham, the renowned Christian evangelist, died at the age of 99 at his home on February 21. Known as “America’s Pastor,” Graham ministered for six decades across the United States and the entire globe at his “crusades” and prayed with or gave counsel to every U.S. president since Harry Truman in 1950.

Born in 1918 as the son of a dairy farmer, William Franklin Graham Jr. was a country boy who loved baseball and “detested going to church.” But at age 15, he attended a revival held by a traveling evangelist at the invitation of a friend. Graham recalled, “One night, when the invitation was given to accept Jesus, I just said, ‘Lord, I’m going.’ I knew I was headed in a new direction.”

That new direction led him to go to college at the Florida Bible Institute and then to Wheaton College, where he met fellow student Ruth Bell. He and Ruth were married in 1943 and two remained together for 64 years until she passed away in 2007. They had five children, as well as numerous grandchildren and great grandchildren.

Originally, Billy Graham sought to be an Army chaplain, but an illness prevented him from being able to serve. Once he recovered, he started touring the United States and Europe with the organization Youths For Christ before starting his own career in Christian evangelism in which he preached a simple message of Christianity to millions of people over the course of the next six decades. 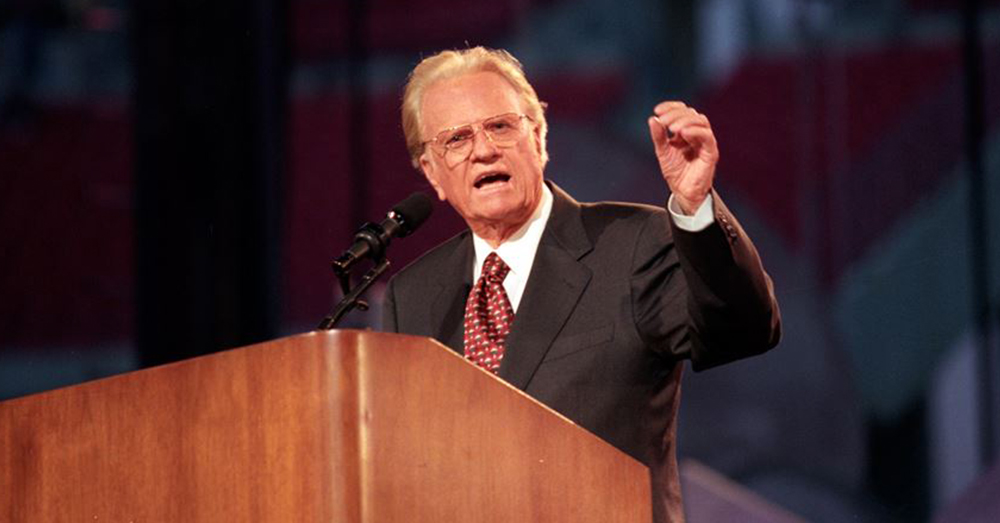 Billy Graham held more than 400 “crusades” during his career — large events with music and preaching — in the United States and all across the world. His reputation grew quickly and he was invited to preach in regions and countries closed to others, including the Soviet Union, China and North Korea. His charm and uplifting nature opened doors in the media for him as well, where he would make frequent appearances on television and radio.

“Throughout his life, Billy Graham preached the gospel of Jesus Christ to some 215 million people who attended one of his more than 400 Crusades, simulcasts and evangelistic rallies in more than 185 countries and territories. He reached millions more through TV, video, film, the internet and 34 books,” reads Graham’s official obituary, which briefly chronicles his life and work over multiple decades.

He was diagnosed with Parkinson’s disease in 1989, and his health slowly digressed in the years that followed. He founded the Billy Graham Evangelistic Association in 1950 and continued to run it until giving the reigns to his son, Rev. Franklin Graham, before he retired in 2005 to his home in North Carolina. Billy Graham gave his final sermon — a short film titled My Hope America — in… 2013 at the age of 95. 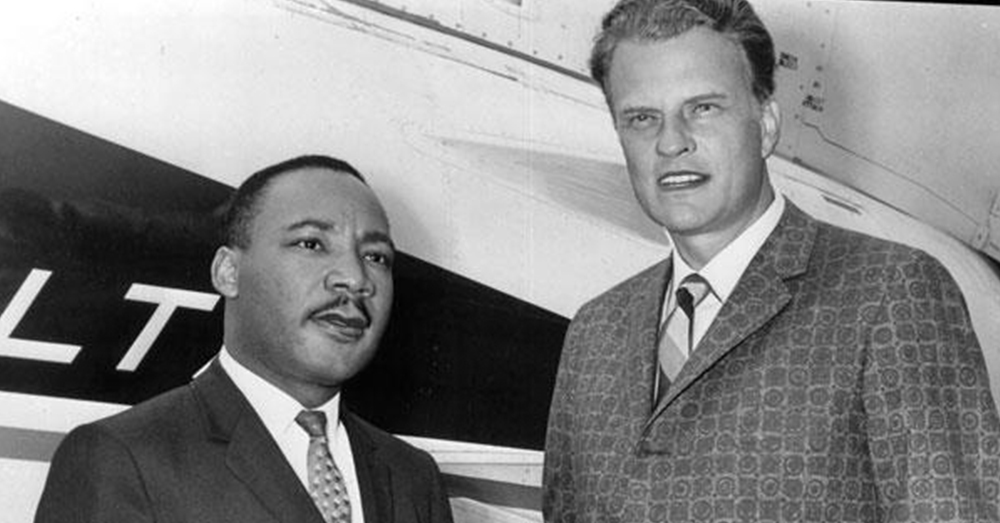 Billy Graham became known as “America’s pastor” due to his widespread publicity, but also because of his work with U.S. presidents and other influential leaders. First meeting with President Truman, Graham would pray and consult with every president from Dwight D. Eisenhower through Barack Obama. He led the presidential funerals for both Lyndon Johnson and Richard Nixon. On September 14, 2001, he led a national prayer service at Washington National Cathedral following the terrorist attacks days earlier.

President Ronald Reagan said, “Billy Graham’s contribution to the well-being of mankind is literally immeasurable. Millions of lives across the globe have been enriched because of his good work.”

Graham was also a prominent figure in the Civil Rights Movement, a close friend of Dr. Martin Luther King, Jr. The two would tour and preach together on multiple occasions, and Graham posted bail for Dr. King during the Birmingham campaign in 1963. Leading up to and during the Civil Rights Movement, Graham pushed for integration at his crusades and denounced segregation in the United States.

“Had it not been for the ministry of my good friend Dr. Billy Graham, my work in the civil rights movement would not have been as successful as it has been,” Martin Luther King, Jr. said at the time. 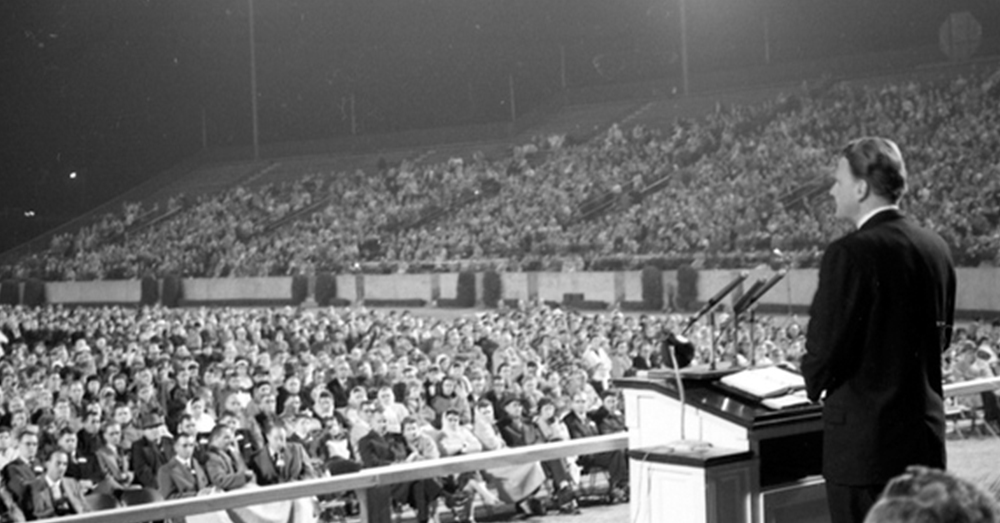 At the age of 99, and after years of declining health, the death of Billy Graham comes as more of a loss than a shock. After the news was released of his passing, an outpouring of condolences and admiration have been voiced around the country.

Vice President Mike Pence was among the many people to offer thoughts on the passing of Graham, saying, “Karen and I were saddened to learn of the passing of one of the greatest Americans of the century, Reverend Billy Graham. We send our deepest condolences to the Graham family. Billy Graham’s ministry for the gospel of Jesus Christ and his matchless voice changed the lives of millions. We mourn his passing but I know with absolute certainty that today he heard those words, ‘well done good and faithful servant.'”

Billy Graham will surely be missed by the nation and the many who turned to his spiritual message of hope and good news.

“My father Billy Graham was once asked, ‘Where is Heaven?’ He replied, ‘Heaven is where Jesus is and I am going to Him soon!’ This morning, at the age of 99, he departed this world into eternal life in Heaven, prepared by the Lord Jesus Christ — the Savior of the world — whom he proclaimed for nearly 80 years,” Franklin Graham wrote on Facebook. “He will be missed by our family, his colleagues, faithful ministry partners, and, yes, many around the world. But what joy he has to be welcomed by God the Father, and be reunited with my mother in the presence of Jesus who speaks peace to eternal souls.”

Watch this tribute to the late Billy Graham in the video below.