Survivor Gets Incredible Lingerie Tattoo After Breast Cancer Reconstruction — And Isn’t Shy About Showing It Off!

Michelle Cole celebrated her five-year anniversary of being cancer-free in bold style: by getting an intricate, bra-like tattoo across the site of her reconstruction.

She looks fabulous, and she is not shy about sharing her new artwork!

The 42-year-old Englishwoman has flashed the design in public on numerous occasions, and it is often mistaken for an actual bra — a fact that delights her.

Cole was diagnosed with breast cancer in February of 2012 after finding a lump in her right breast. She knew the disease well — her mother had died from breast cancer at age 49, and her sister had fallen victim to it as well, passing away at age 39.

Cole had known her chances of getting the disease were high due to her strong family history. 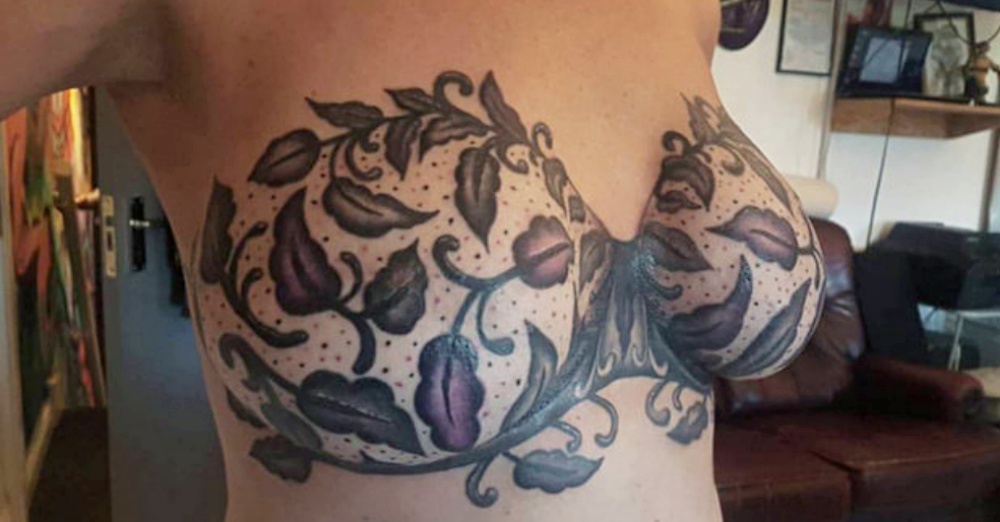 Cole’s sister carried the BRCA1 gene mutation, which increases a woman’s risk of both breast and ovarian cancers. After finding out about her own diagnosis, Cole discovered that she was a carrier of the gene mutation as well.

Cole has three children: Ellie, age 11, Anthony, age 24, and Brett, age 22. Cole acts as a full-time caregiver to her daughter Ellie, who has cerebral palsy, and worries that she, too, is a carrier of the gene mutation.

Cole took an aggressive approach to treatment. She endured several rounds of chemotherapy before undergoing a double mastectomy in July of 2012 along with reconstruction. 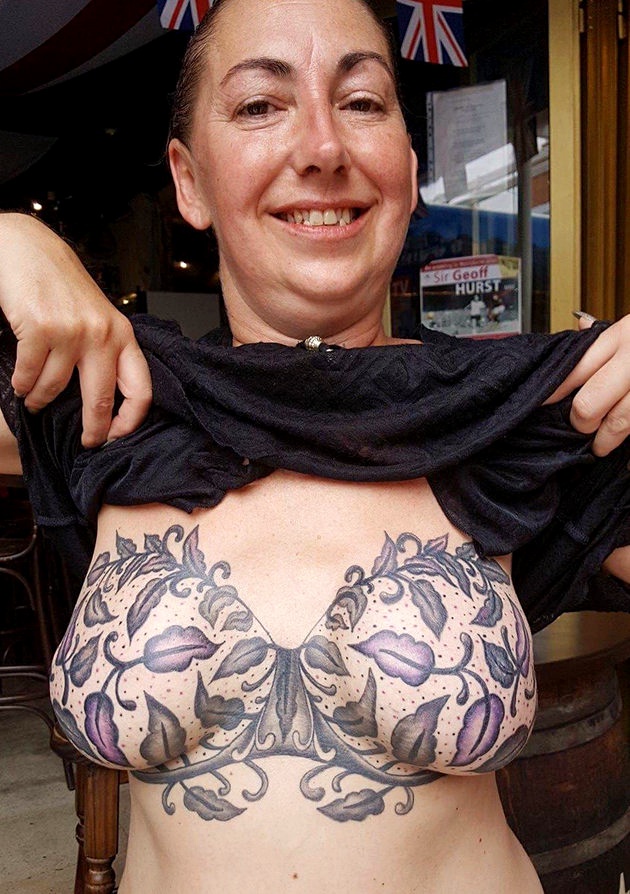 Three years later in July of 2015, she underwent a hysterectomy to reduce her risk of ovarian cancer. They discovered she had a cancerous tumor in her ovary, but, thankfully, it had been removed during surgery.

As the anniversary of her diagnosis neared, Cole began looking into tattoo designs. “I’d been considering having a tattoo for a while, so I started to look online,” she said. “That’s when I came across the idea of a mastectomy tattoo, like a permanent inked bra.”

Her tattoo design took four months total. Every three weeks, Cole would head to South of Haven Tattoo Studio in Wakefield where tattoo artist Hope McPherson inked the beautiful design of a strapless bra complete with leaves spiraling off of it. Cole has been thrilled with the finished product. 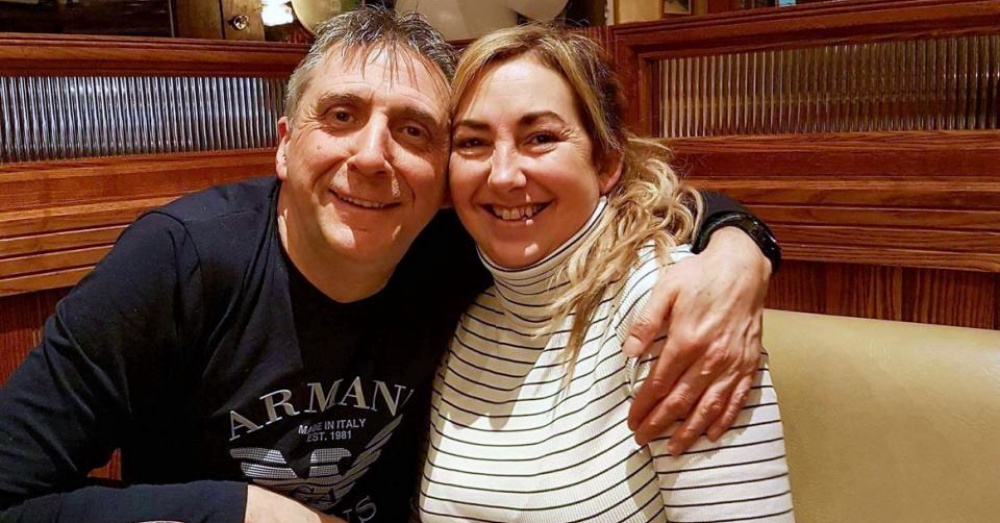 She told Daily Mail, “I went topless by the hotel pool and other holidaymakers mistook my tattoo for a bikini top.”

Her husband, Paul, told Daily Mail, “We have an amazing relationship. I’m so proud of her and everything she’s been through. And I don’t mind the flashing at all—it’s a part of her now.”

These Sound Wave Tattoos Let You Hear a Loved One’s Voice Even When They’re Gone: Click “Next” below!