A mom-to-be from Brooklyn, New York, invented a breastfeeding simulator after she found out she would not be able to breastfeed her own child.

At the age of 27, Kimberly Meikle was diagnosed with breast cancer and underwent a double mastectomy.

“If I could just find 20 families that feel fulfilled through this invention, I feel like I’ve done my job,” says Meikle, inventor of “Our Bonding Buddy.”

The Our Bonding Buddy is a breastfeeding simulator to help survivors like her and other parents. 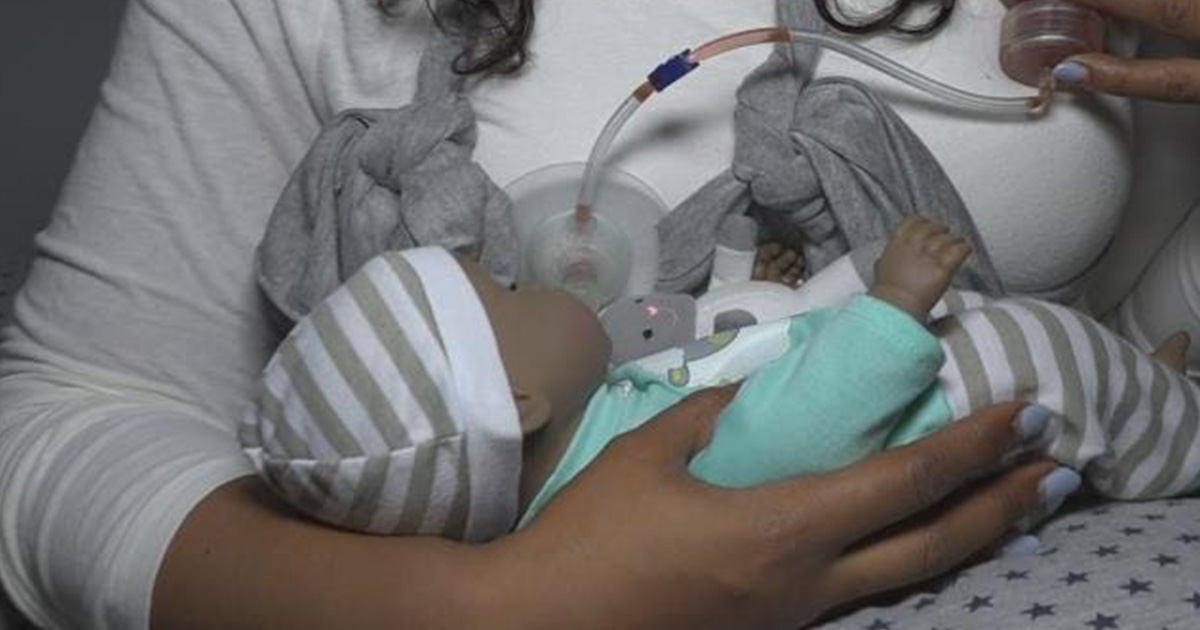 “It works all by gravity. It has a tube, the clamp and then the nipple portion here that allows the milk to flow to the tip just like a regular bottle,” says Meikle.

“LGBTQ communities, someone who is going through diabetes, HIV, moms who want to transition from breast to bottle, dads sometimes because they do get jealous,” says Meikle.

Meikle is trying to secure an investment of $25,000 so she can start the manufacturing process. To begin, she wants to manufacture 500 devices with a suggested retail price of only $39.99.

“It’s an unfortunate thing to have breast cancer, but I would not change a thing of what I’ve been through,” says Meikle.

Chris Winters is an avid writer who also loves to hunt ghosts when she’s not at her keyboard. Although she once saw someone walking towards her with a sheet over their head, she’s yet to confirm that they exist.
Proper greatergood_ctg_belowcontent
Proper BCS greatergood_ctg_footboard