Beckett Burge was only two-years-old when he was diagnosed with acute lymphoblastic leukemia. The diagnosis of that blood cancer that affects the white blood cells in the bone marrow came in August 2018 and it was a devastating blow to the family.

Since the diagnosis, Beckett has spent a lot of time in the hospital, receiving transfusions and chemotherapy. He has had a tough life for such a young child but through it all, his older sister Aubrey has been there for him. 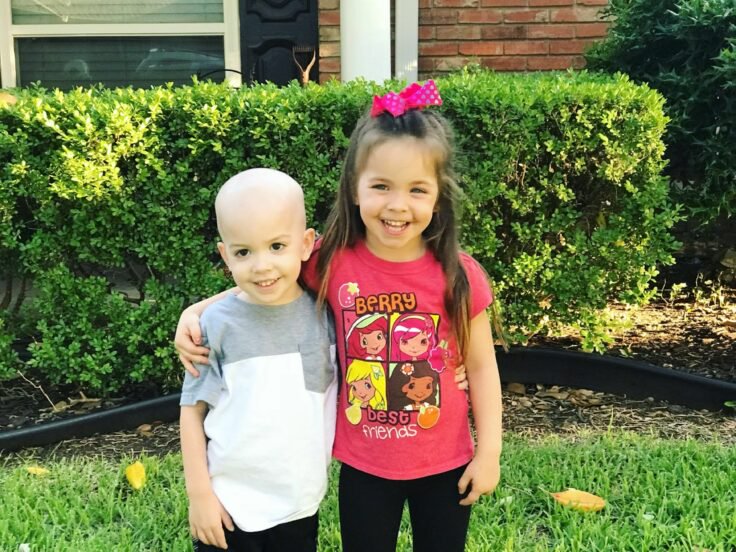 Even though Aubrey is only 14 months older than her little brother, she has shown a lot of maturity through the ordeal. His mother, 28-year-old Kaitlin Burge said that Aubrey has an ‘incredible bond’ with her brother, who she says is her ‘best friend’.

Kaitlin, of Princeton, Texas discusses how Aubrey would rather keep an eye on her little brother rather than going outside to play with friends.

A photograph was taken in January that shows just how far Aubrey is willing to take that love. The picture shows her standing with her brother as he is leaning over a toilet getting sick. She is there for him, rubbing his back to help him feel better.

After that picture was taken, Aubrey washed her hands and carried her brother to the couch. She then asked if she could help clean the bathroom. 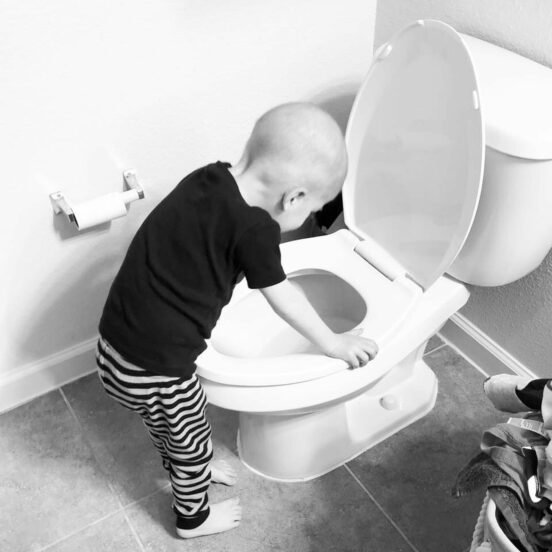 As soon as she saw that picture she had taken, she knew it had to be shared with the world.

She discussed the moment the picture was taken:

“She didn’t know what was happening, but she knew from experience that when she was sick, we would rub her back and help her through it.

She just picked up from experience and took over. She’d rub his back and tell him it was going to be okay, clean his face up and wash his hands for him.

Right after that happened, she also carried him back to the living room and put him on the couch. She asked me if she could clean up the bathroom too, but I told her to go and sit down because that wasn’t her job.

She takes it upon herself to help and make sure everything he comes into contact with is clean. She’s another set of eyes.” 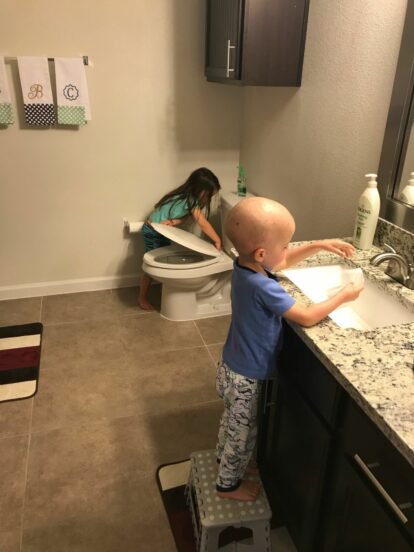 Katlin then added the following about the bond the siblings share:

“When I see them together, it makes me happy but at the same time, it makes me sad. They have an incredible bond. To this day, they are closer, she always takes care of him.

A child that’s four or five years old should be outside playing with their friends. She loves gymnastics and we had to put a stop to that because of the financial burden, it got too expensive with his situation.

She should be out doing gymnastics, running around the neighborhood with the kids, playing in the playground, swimming in the pool – but here she is taking care of her brother.

They’re very close – they always played together. He’d play dolls with her and she’d play superheroes with him. We encourage her to go outside and do things, but she’d rather have her eyes on him.”

Beckett came home after a month in the hospital on his sister’s fifth birthday. 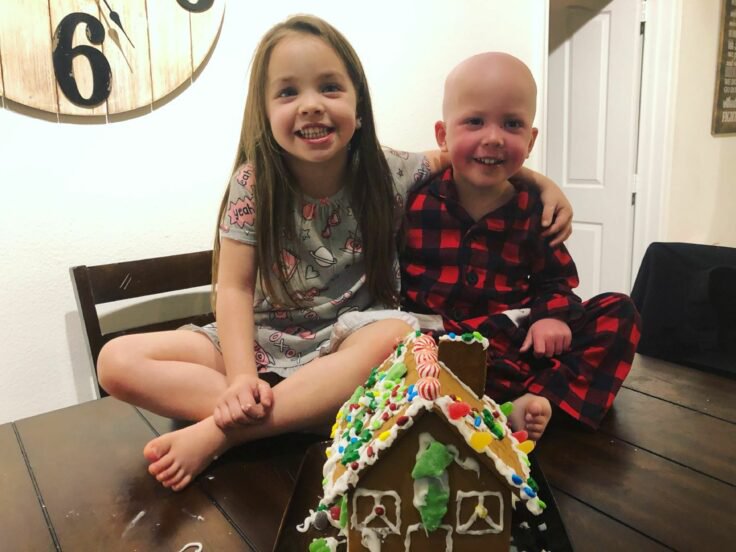 When Aubrey saw the changed appearance of her little brother, she was confused. She began to ask her parents some difficult questions.

“She’s watched a dozen doctors throw a mask over his face, poke and prod him with needles, pump a dozen medications through his body, all while he laid there helplessly.

She wasn’t sure what was happening, all she knew was that something was wrong with her brother, her best friend.

We explain that he got really sick, this is what happened, it was nothing he ate or did, nothing she did, it can’t be prevented and it’s not going to happen to her. We explained everything to her and got our social worker involved.

We’ve been very open with her so any questions that she ever has we talk through it with her, we explain it with Beckett in the room as well. He’ll tell people ‘I have cancer’, he knows what he has. We make sure she’s very supportive and knows it doesn’t make him any different.”

The doctors feel that Beckett, who is now four, will have to endure 2 more years of chemotherapy. It’s a difficult life for a little child but he has his big sister by his side to comfort him.