77-year-old Carmela Casber has always wanted a tattoo. Her husband says she always gets whatever she wants, so we’re not sure what’s kept her from following that dream up until now, but luckily, it’s never too late to get a tattoo!

“She’s been a wild child all her life,” says Carmela’s husband. 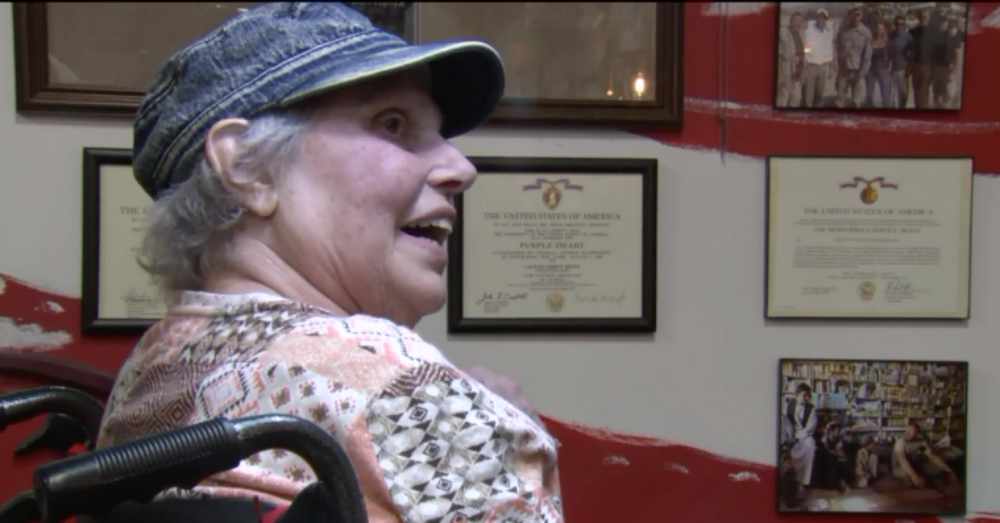 Carmela is battling breast cancer and a brain tumor, and she’s been very brave as she’s gone through treatment. So when her care team at Avalon Hospice in West Des Moines found out that a tattoo had always been a dream of hers, they decided to help her get one. 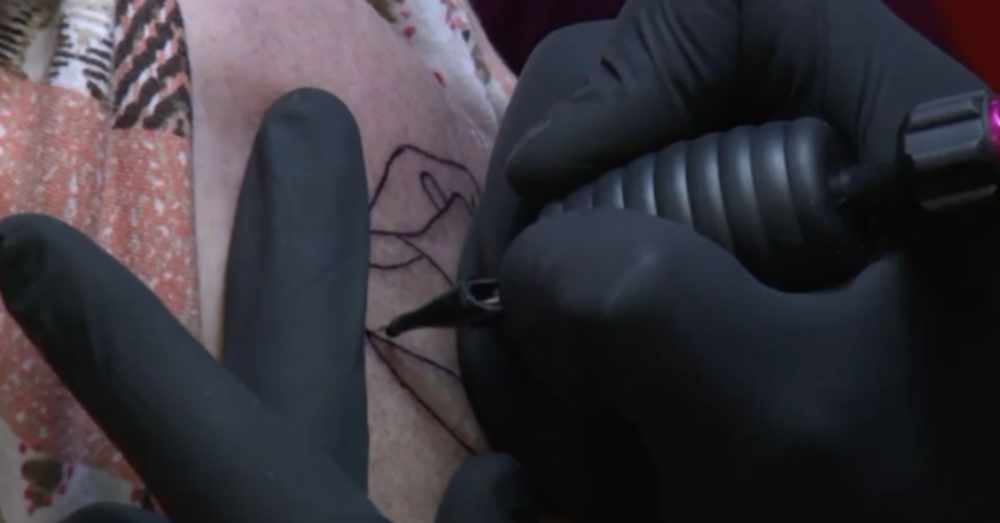 Avalon funded the body art, and Carmela settled on a black-and-white image of a calla lily on her upper right arm. Calla lilies have always been her favorite flower, and now she’s got one she can look at anytime she wants.

“I just wanted the experience of having a tattoo,” says Carmela. “I had to talk myself into something.” 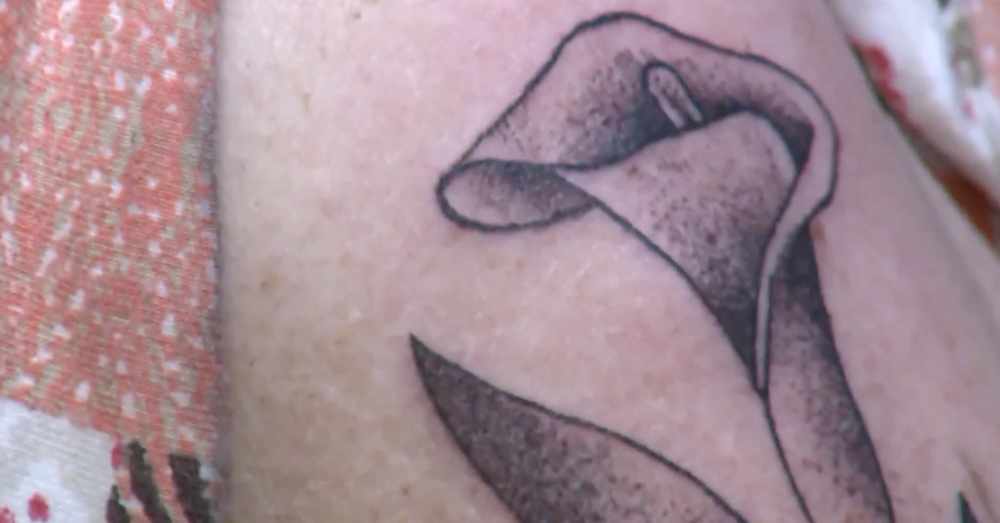 An experienced tattoo artist at Warrior Tattoo Studio in Waukee, Iowa, gave Carmela the “bucket list” tattoo. Crazily enough, this isn’t even the oldest person he’s done a tattoo on; he’s actually given a tattoo to a fiery 93-year-old woman!

Check out the video below to watch Carmela get her tattoo. The way she acts, you’d think she’s done this dozens of times before!

She Never Thought She’d Get a Tattoo Here — But She Didn’t Think She’d Lose a Breast to Cancer Either: Click “Next” below!