Tanya Buxton is a tattoo artist who offers free nipple tattoos to women who have undergone a mastectomy.

She is based in Cheltenham, a town in Gloucestershire, England, and has been tattooing full-time since 2010. She is experienced in a variety of styles, but specializes in neo-traditional style tattoos. On top of that, she is a licensed cosmetic tattoo artist, and is able to do treatments for eyebrows, eyeliner, lips, freckles, scalp treatments, nipples, and more.

Buxton does nipple tattoos for cancer patients for free as a way of giving back to the community. 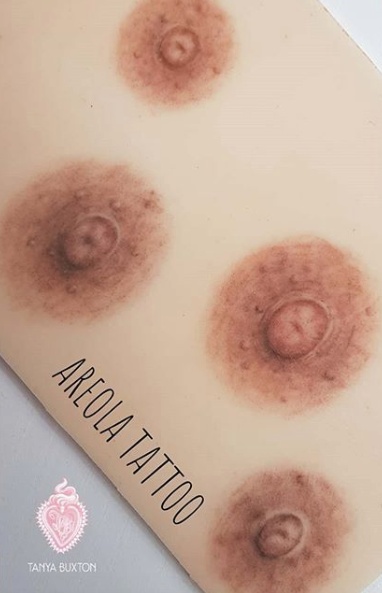 “Since qualifying in medical micro pigmentation, I have been offering free areola tattoos to breast cancer survivors as a way of giving back to the community using my skills, and also to show how much the tattoo industry has evolved and how artists are really breaking the mould in tattooing nowadays,” Buxton told Gloucestershire Live.

After she tattooed a 54-year-old client at No Regrets Studios in Cheltenham, she posted images of her work on social media — work that is incredibly realistic and beautifully done. 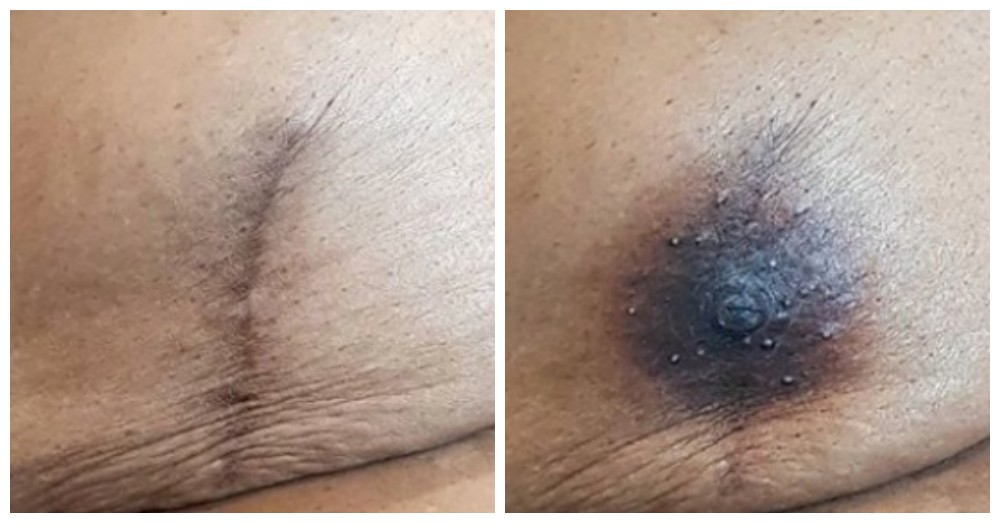 “Facebook warned me that my posts are in violation of the nudity rules and my pages will be shut down if I continue to post ‘indecent’ material,” Buxton said.

“So I’m making it my mission to get the word out there about how tattooing can change someone’s life, and how important it is that we are able to share work online in order to reach other survivors. Facebook should adapt its prudish views on the female nipple.” 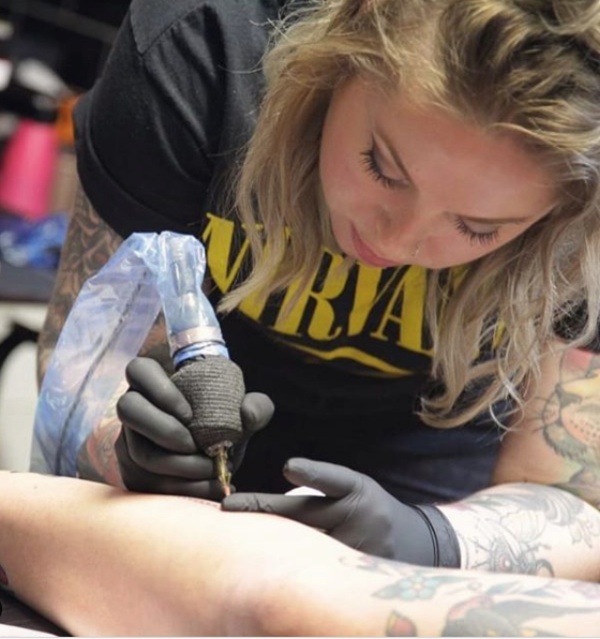 It wasn’t removed from Instagram or Twitter, however. And after the client’s niece, Iya, posted on Twitter about Buxton’s work on her aunt, it went viral, gathering over 85,000 likes. Multiple people commented on how realistic the tattoo looked and had nothing but praise for Buxton.

“This amazing tattooist today finished off my Aunty’s nipple tattoo,” Iya wrote on Twitter. “After her mastectomy/breast cancer my strong aunty felt less so.. Tanya is helping restore the confidence of survivors. Due to FB rules & a few idiots reporting a nipple she’s finding it hard to get the word out!” 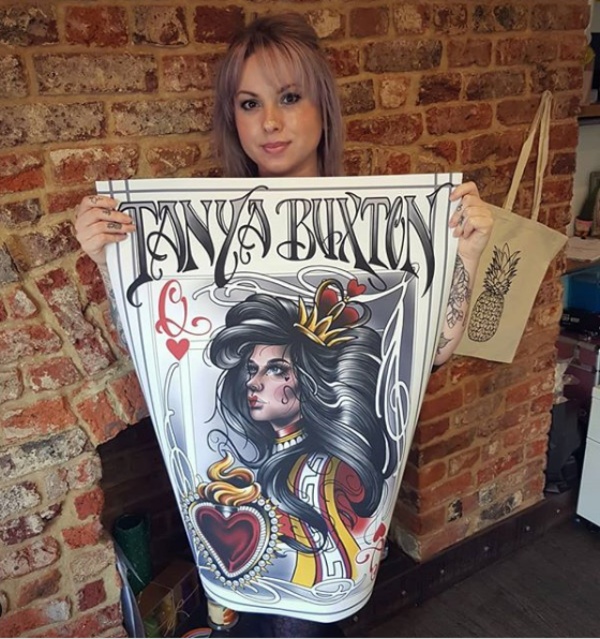 Her client told Gloucestershire Live that the tattoo is “absolutely amazing.”

“It’s a big boost,” she said. “I know it’s not there and that the breast is a different shape to the other but it makes me feel more like me. My confidence has gone up that little bit more.”

POST MASTECTOMY AREOLA TATTOO I had the pleasure of tattooing this amazing lady, thank you so much for trusting me with such an important tattoo and allowing me to share this everyone ❤ (mostly healed with a few fresh highlights, which will soften as they heal) If you would like any more info on my medical tattooing services please email me 💌tanyabuxtontattoo@gmail.com

Facebook has apologized for removing the images and said that the posts shouldn’t have been removed.

A Facebook spokesperson said, “Tanya’s posts shouldn’t have been removed – this was a mistake and we have restored the content.

“Whilst nudity isn’t allowed on Facebook, we make exceptions for posts which are clearly intended as medical or educational, which can include images of post-mastectomy areola tattoos.

“The judgements we make when we apply our policies are very nuanced and occasionally we make mistakes.”