Julián Ríos Cantú lives in Mexico and is only 18 years old, but he’s already changing the world. His accomplishments at this young age rival anything most of us will do in our entire lives.

When he was just 13, his mother was diagnosed with breast cancer for the second time. The tumor was fast-growing so she had to undergo a double mastectomy, and could easily have lost her life.

Not wanting other women to let their cancer get that far along undetected and untreated, Cantú came up with an idea to promote early-detection of breast cancer—in the form of a cancer-detecting bra. 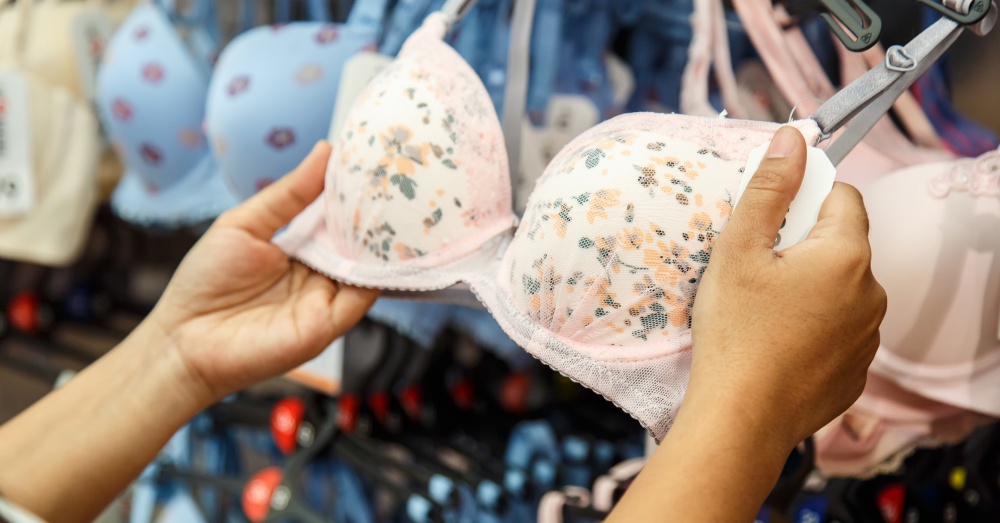 The bra he invented is still just a prototype and will need to undergo more medical tests to be functional and widely available to women. But we think it’s already pretty amazing. As if the idea alone weren’t enough to impress us, Cantú’s working prototype and the app that goes along with it are already being used to collect data.

The bra has 200 tiny sensors inside it that are capable of detecting color, temperature, and texture. If those sensors notice an odd change on either breast, they will alert the wearer to get checked for a possible cancer. Excess heat in one area, for example, could be a sign that a tumor is growing there. 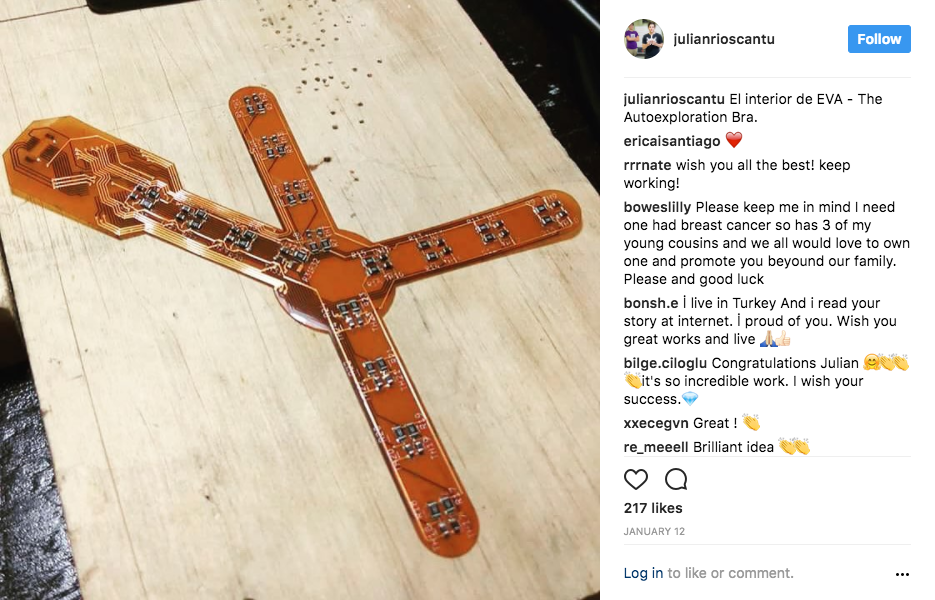 This particular bra is designed for use by women who are at high risk of developing breast cancer, such as those who have had the disease before or those who are middle-aged or older and have a family history of breast or ovarian cancers. But once this bra goes on the market, anyone who is concerned about their risk can use one.

Cantú is now the CEO and co-founder of Higia Technologies, where he and his team of three other young men and a mentor are working on making the EVA bra available to the general public. They’re collecting data from the prototypes as they sync up to the app and working hard to get all the little kinks worked out of their product. The company even won the 2017 Everis Award in the biomedical subcategory for their work in the early detection of breast cancer. 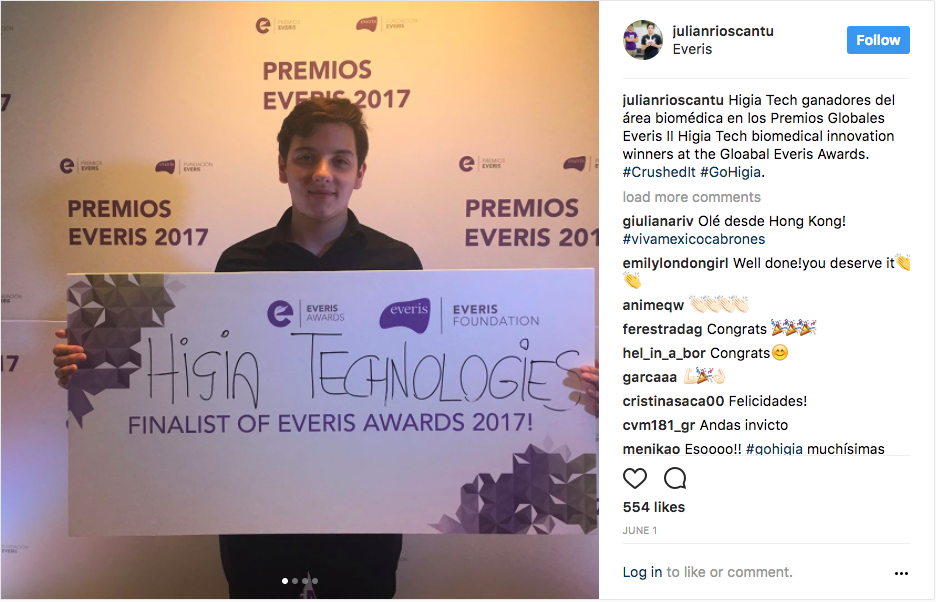 Thank you for your fantastic contribution to the world of breast cancer detection, Julián Ríos Cantú!

We can’t wait to see this product become available to people around the globe.