Max The Dog Sniffs Out Cancer: He Knew Something Was Wrong Even When Doctors Didn’t!

If you’re an animal lover, then you know how special dogs can be. From faithful hiking companions to fluffy lap dogs to guide dogs, they fill so many roles that most dog owners feel their lives wouldn’t be complete without them. And some very special dog owners report that not only would their lives not be complete without their canine friends, but they may not be alive at all.

Such was the case for Maureen, whose Red-Collie-Cross Max started acting strange, lethargic, and completely unlike his normal, happy self. Maureen thought that she was losing Max. He was over 9 years old at the time, and she suspected that he was simply trying to say goodbye. So she began preparing herself to lose him, but there was one behavior that didn’t make sense. 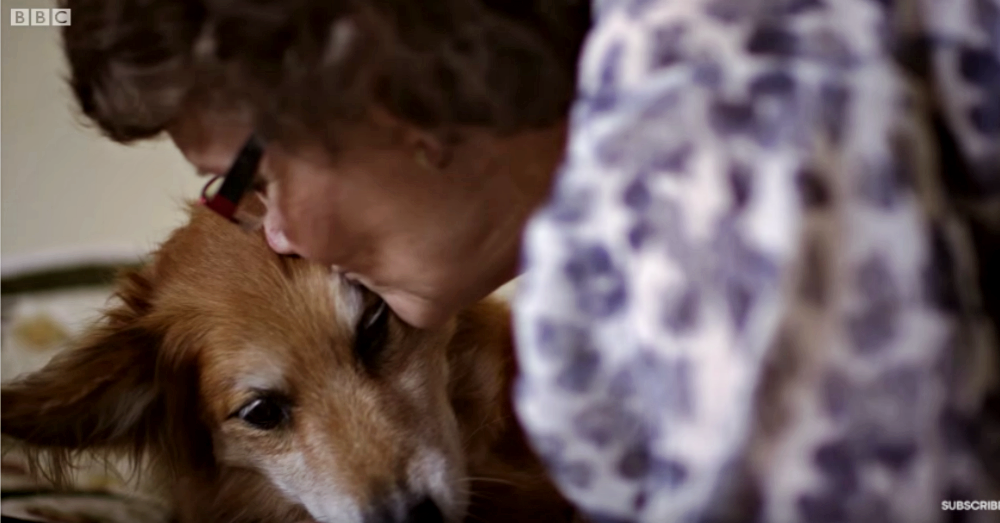 “He would come up and touch my breast with his nose and back off so desperately unhappy, with such a sad look in his eyes,” Maureen said. She did indeed have a lump in her breast, but her most recent mammogram had been clear, so she wasn’t worried. She said that she just assumed she had a lumpy breast. But then she made a mental connection between the lump and Max’s behavior. “One day I was looking in the mirror… and I looked across at Max’s eyes… and I knew it was cancer.”

Of course Maureen headed to the doctor, but both a scan and a mammogram returned negative results. A surgical biopsy finally revealed what Max had known all along: Maureen had breast cancer. Luckily doctors were able to remove the tumor, and Max’s behavior instantly change after Maureen’s surgery. “He was his old hyper self again.” 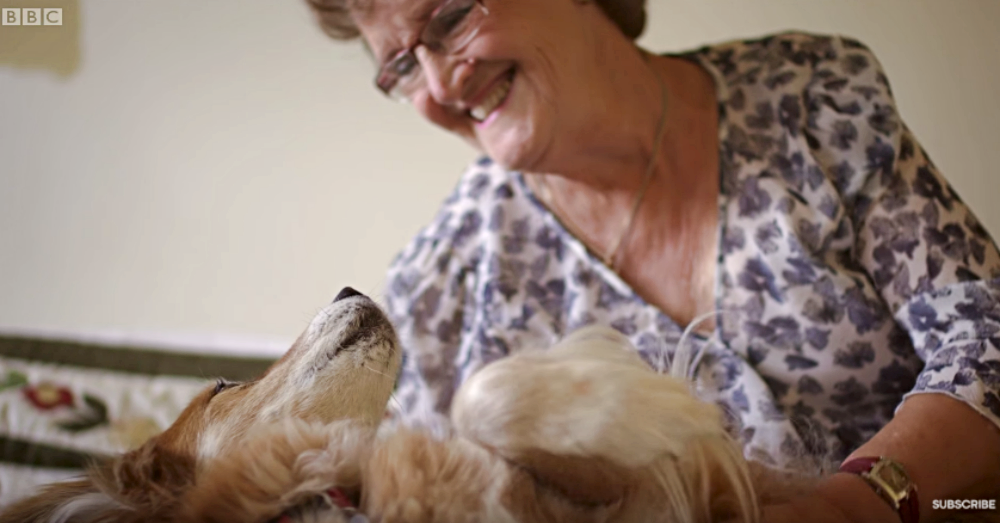 What an amazing connection between Maureen and Max! He knew there was something wrong, and though he couldn’t use words, she knew he was trying to tell her something. Maureen still goes in for her regular checkups, but now she checks in with Max first. “If he’s happy and wagging his tail, I’m happy and I know I’m okay.”

What a beautiful story of the bond between this pair. Good work Max!