Carla Mills is a breast cancer survivor who isn’t about to pretend it’s been an easy ride. The last several years have been difficult, painful, and full of uncertainty. But Mills is unflinchingly honest about what she’s been through.

Since her diagnosis, she’s had a double mastectomy, a hysterectomy, multiple rounds of reconstruction, her nipples tattooed on, her nipples reconstructed, and fat grafting. And she isn’t shy about sharing her scars or the frightening and raw parts of her experience with the public. In fact, she’s purposeful about it. 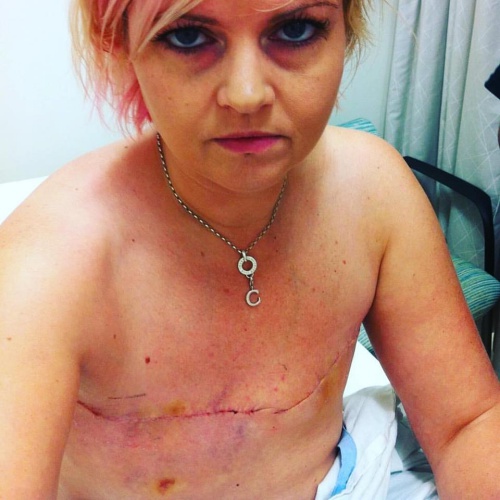 She runs a page on Facebook called Cancer Unplugged, where she shares information, photos of her progress through reconstruction, and all of the ups and downs. She’s built a community of over 1,000 women that no longer feel alone as they navigate surviving the disease.

Mills, now 44, was diagnosed with triple negative breast cancer when she was 38, in 2012. She discovered a lump after accidentally bumping her hand against her breast. Because she had an aggressive form of the disease, she underwent a double mastectomy within two weeks of her diagnosis. 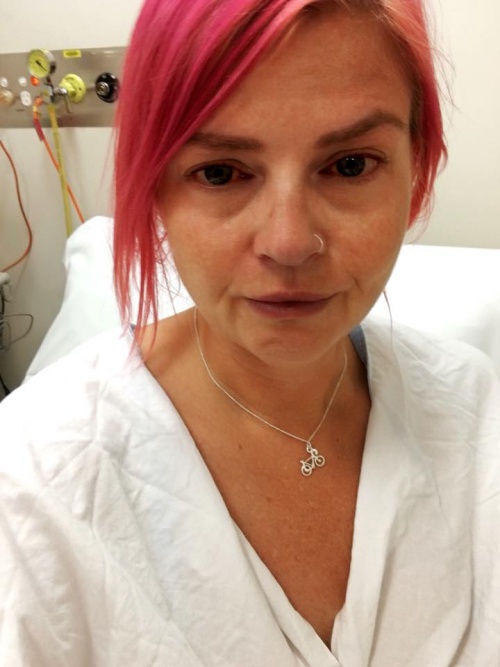 Her surgeon discouraged her from getting reconstruction for two years following her double mastectomy, in case the cancer returned.

Those two years were difficult for Mills, who wore prosthetic breasts that were uncomfortable and “yuck.” She didn’t want to look at herself in the mirror or in the shower, and she struggled with feeling feminine. 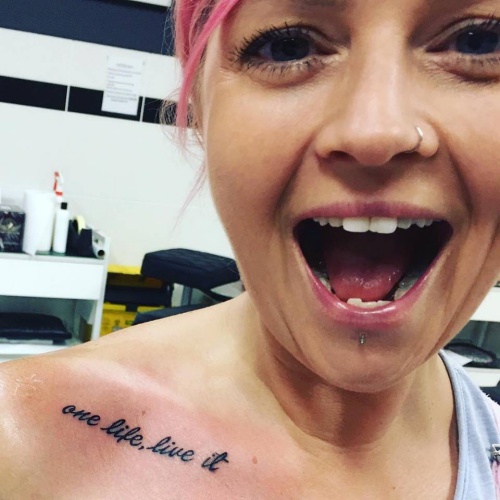 She eventually also found out that she had a BRCA1 mutation, and opted to get a total hysterectomy to lower her risk.

“My whole life stopped and after six years, it hasn’t gone back to normal,” she told news.com.au. 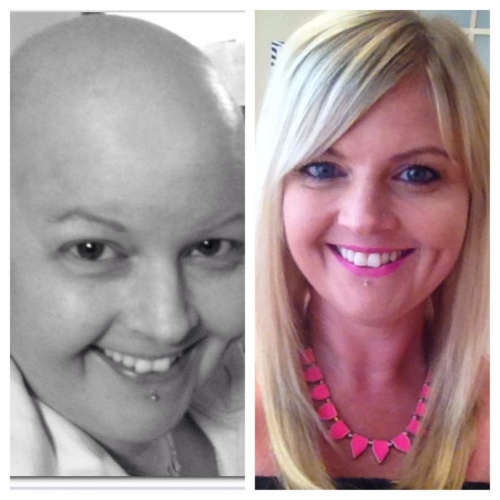 In early January of 2019, Mills had her fourth reconstruction done. Previous reconstructions had failed after her implants didn’t sit on her chest properly because they were too small, or deflated. Her scars exacerbated the issue.

So far, the fourth attempt has been a success. Mills has been updating Cancer Unplugged with images of her progress, and is “pretty happy” with how they look so far. 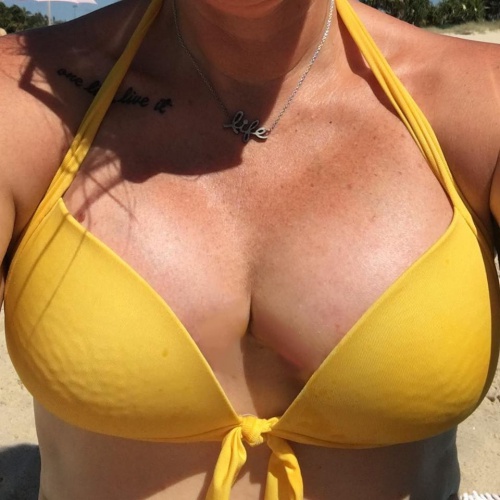 Sharing her scars and her difficulties with reconstruction has allowed Mills to really connect with other survivors, and the support she’s received has been incredible. She is determined to share what cancer really looks like, and using her platform has not only helped other women, it’s helped Mills herself.

The other major influence in helping Mills has been exercise. She’s an avid road cyclist, and recently completed her first triathlon. 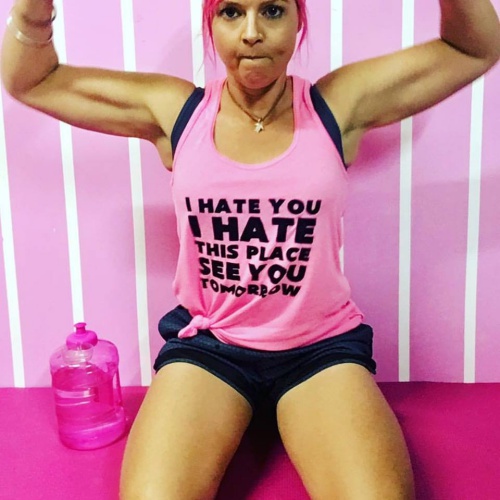 Her advice for women recently diagnosed with breast cancer?

“Reach out to and lean on your family and friends; don’t go through it alone – talk to them,” she told Female.com.au. “Also, find something you can do that gives you an outlet to release all the fears and anxiety. For example my medicine is exercise, I set myself goals and physical challenges and then I chase them, it gives me a sense of purpose and achievement when I complete them!”

Two-Time Survivor Tattoos Over Her Scars: Click “Next” below!