A video of a 15-year-old girl’s last chemo session and surprise celebratory parade are warming hearts everywhere in the midst of the coronavirus pandemic.

Courtney Johnson, who goes by Coco, had been experiencing pain in her leg for about a week when she went to the doctor to get it checked out. She was diagnosed with Ewing sarcoma in June of 2019, the day after her eighth grade graduation ceremony. Ewing sarcoma is the second most common type of bone cancer for children, but even then, only around 200 children and young adults are diagnosed with it every year in the U.S. 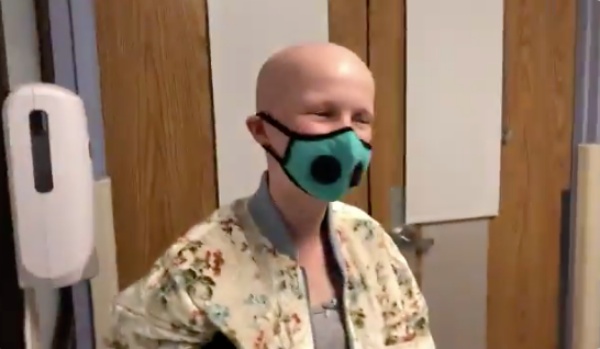 Coco lives in Pasadena, California, with her younger brother, dad, and mom. Since her diagnosis, she’s undergone two surgeries and multiple chemo sessions, which required lengthy hospital stays. She’s had to study at home instead of enjoying her first year of high school with her friends in person. 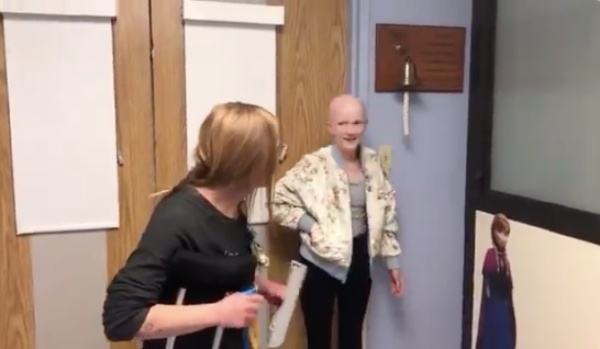 Thankfully, Coco’s treatment has come to an end. However, because of the coronavirus pandemic, Coco’s last-day-of-chemo celebration at the hospital was more low-key than originally expected. Only her immediate family and staff were there to send her off.

Who wants a feel good moment during this madness?? My sweet girl finished chemo today. pic.twitter.com/cckQtY6VrO

The day before her last day of chemo, her mom, April, vented to her friend that she felt bad that Coco couldn’t have a bigger to-do. Then her friend came up with a cool idea: a reverse parade, where friends and family could line the street where Coco lived and wave signs, all while tucked safely in their cars to maintain social distancing.

April and her friend spread the word — but the day of the parade, a lot more people showed up then even they were expecting! 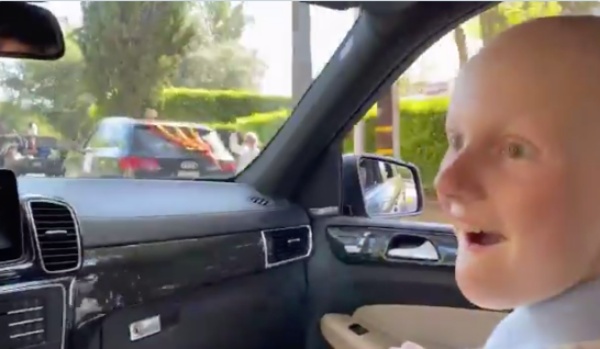 When Coco got to her street, she was greeted with countless cars and loved ones. People brought streamers and balloons, made large homemade signs, and shouted and waved at Coco as she made her way down the street.

People may need some goodness right now. Coco finished her last chemo treatment yesterday. 9 months later and Ewing sarcoma can SUCK IT! Our community threw an impromptu welcome home party for our favorite warrior. Leave a comment below…let her know how radical she is! #COCO pic.twitter.com/DEzpw9UF7c

April posted a video of Coco’s last time in the hospital on twitter. Then the actor Matthew Lillard, who is a friend of the family’s and was present at the reverse parade, tweeted a video of the parade itself. 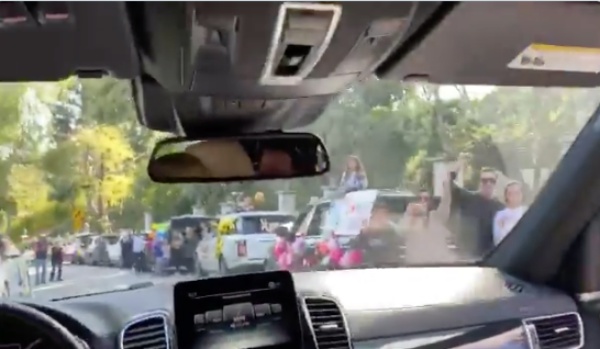 Then April posted the video in the comments of a tweet by actor John Krasinski who was asking for good news to offset the news stories about the current pandemic.

The video went viral, and now millions of people have seen and celebrated Coco.

Congratulations on finishing chemo, Coco! We’re rooting for you!