Connie Johnson, the sister of Australian actor Samuel Johnson, was first diagnosed with a cancerous tumor in her leg at the age of 11. She fought back and won, but the cancer came back in her uterus when she was 22. Again, she struggled through it. But then in July of 2010, on the day of her eldest son’s fourth birthday, she was diagnosed with breast cancer again, and this time it was terminal. She was given less than a year to live.

In a speech, Connie said, “Me and cancer…we have a love-hate relationship. I absolutely hate cancer, but unfortunately, cancer loves me.” 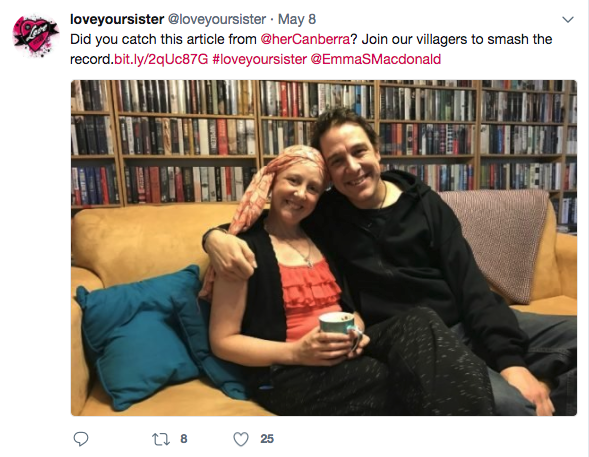 But Connie wasn’t going to let the end come so quickly. She decided she wanted to spend what was left of her life working to raise awareness and encourage women to check themselves for tumors. And she spent the next seven years doing just that. Samuel was there with her every step of the way, even riding a unicycle across Australia to raise money for a cure and increase breast awareness. Together, they wrote a book entitled Love Your Sister, the same name as their charity, Twitter account, and other pages sport. 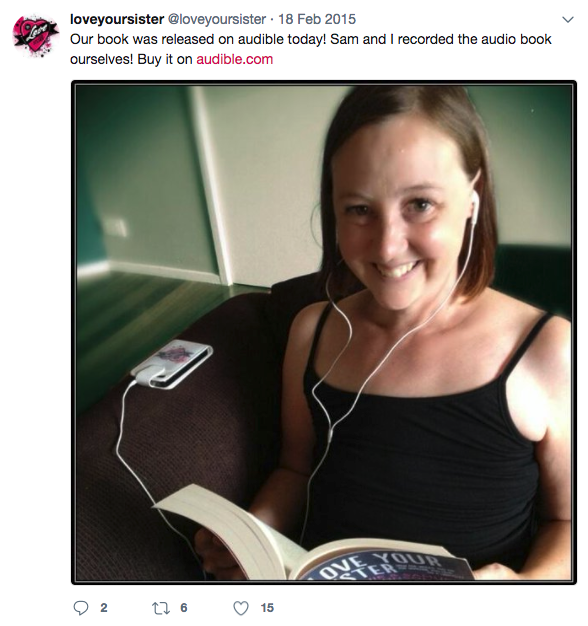 One of the latest projects the two siblings worked on was the Big Heart Project, an event where donors contributed five-cent coins in an effort to form a giant heart before all the money would be added up and donated to charity. All told, the event raised more than two million dollars. Love Your Sister has raised about 5.6 million dollars total. 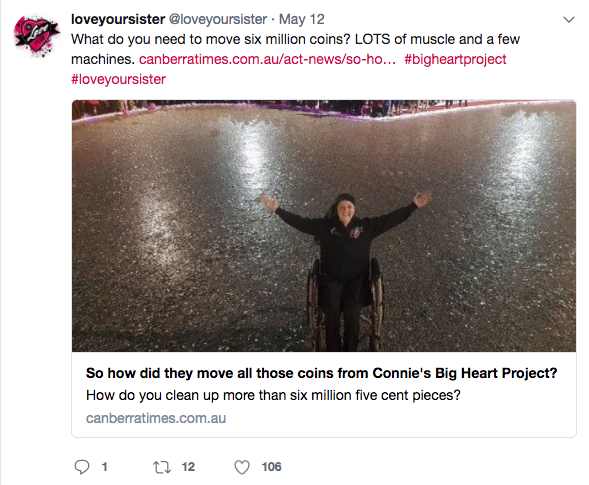 It couldn’t last forever, though. Connie’s condition worsened with time, and she made the difficult decision to end her treatment plans in April of this year after a double mastectomy, radiation, chemotherapy, and several other medical procedures. In July, she began hospice care.

“I find my peace by spending time with my family, by living in a way that I would be proud of my kids remembering,” Connie said. “I love them, and I always will, and I’m not leaving them willingly.”

On Friday, September 8th, she passed away. Just hours before her death, Connie was awarded the Medal of the Order of Australia for her work in raising awareness and funds for breast cancer. 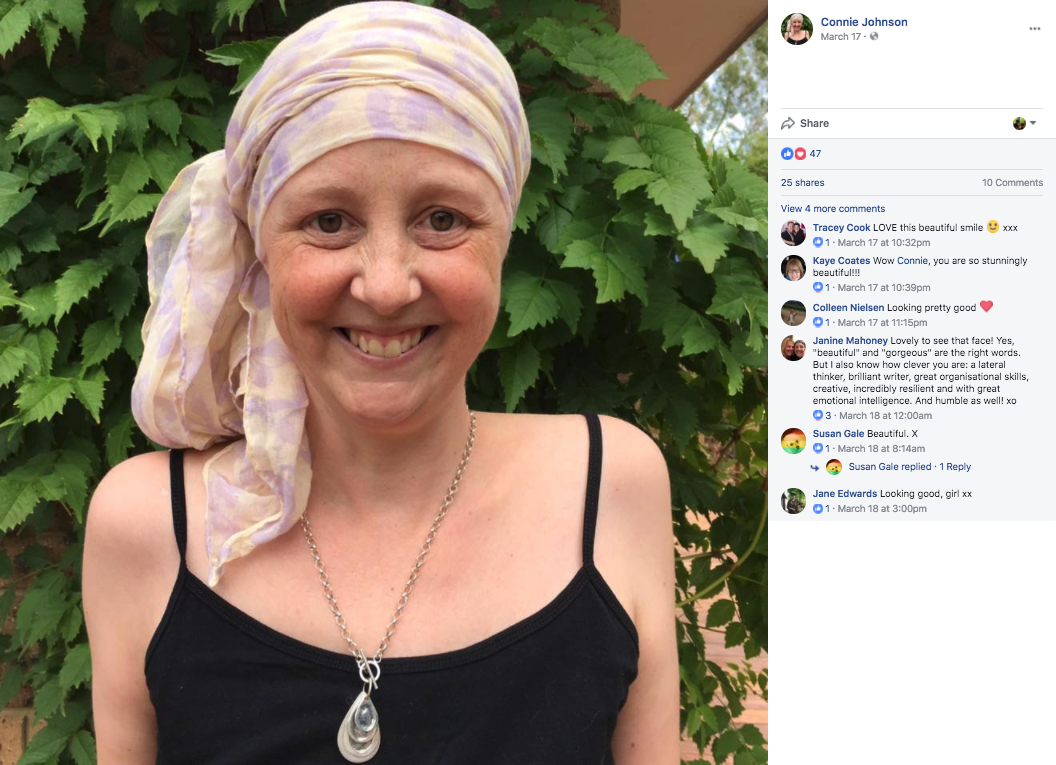 Connie leaves behind a loving family, including her husband and two sons, Willoughby and Hamilton. And of course, her doting brother.

In a heartfelt Facebook post following her death, Samuel assured Connie’s fans that she died peacefully. “It was so beautiful. We laughed, we cried, we sang stupid songs from our childhood to her, which she loved (mostly!),” he said. “She went so richly, and with such grace. Trust me, she was genuinely cushioned by your love, till the end.”

Rest in peace, Connie. Thank you for the beautiful things you’ve done to make this world a better place.