It all started with a simple petition by Tracy Gibney. Tracy's daughter, Rebecca, has several medical conditions that leave her confined to a bed, but listening to Adele all day makes her happy. In fact, the mother plays the singer's music for her daughter every day. 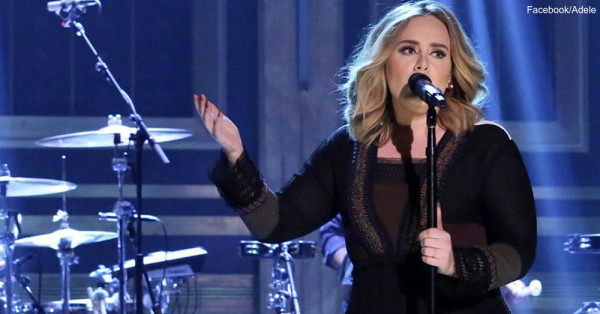 Tracy was petitioning for a video message or maybe even a FaceTime video chat for her daughter to meet the woman behind the songs. The superstar singer did one better and gave both mother and daughter the surprise of a lifetime. Rebecca has cerebral palsy and epilepsy, and is also blind, unable to walk or talk, and confined to a bed. In 2015, doctors gave her only six months to live, but Rebecca has already beaten that prediction.

Tracy and Rebecca live in Belfast, Northern Ireland. Once she learned that Adele's tour was coming to Belfast, Tracy knew she had to take action. In addition to the online petition, DailyMail.com reports that Tracy also took her attempts a step further by contacting the singer's manager and using Twitter to send requests.

After four months and a couple of emails to Adele's manager, Tracy got a call while at the hairdresser. It was Adele's manager, telling Tracy how emotional the singer had become upon hearing about Rebecca, and that she'd like to meet the girl. Tracy cut the appointment short and returned home as quickly as she could.

Adele arrived soon after and had a visit with Rebecca, making sure to tell Tracy that she's the best mom in the world. She even took her kind gesture a step further by inviting them both to her Belfast concert that night as her special guests. Adele is one of many celebrities who enjoys giving back and showing her fans that she cares. Do you have a story about celebrities helping others? Please share!