Doug Patterson wasn’t expecting much of a response when he put out a plea on Facebook to his biker friends. He was hoping a few of them would escort his wife Amy to make her smile as she headed to the hospital for breast cancer surgery. Instead, the Pattersons were blown away by what happened two days later. 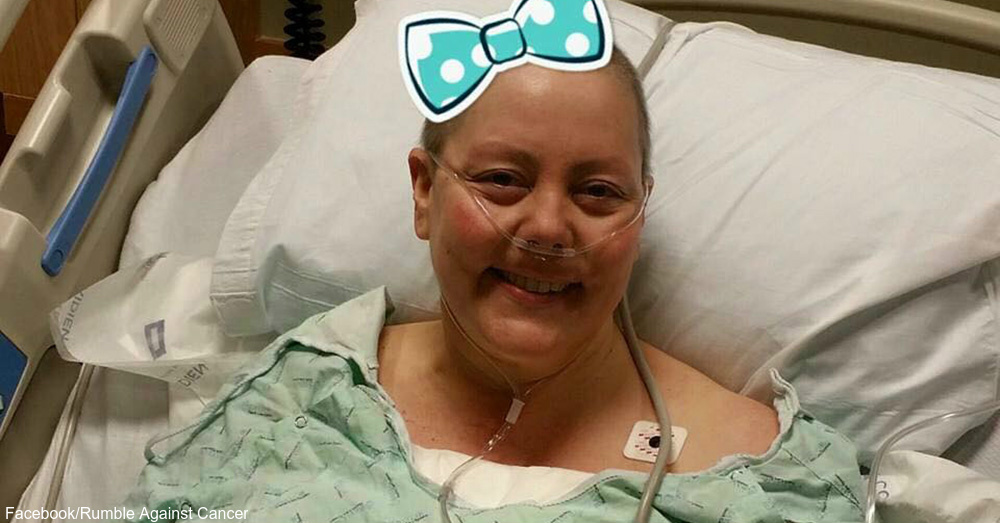 On the day of the surgery, more than 100 bikers showed up to escort Amy to the hospital. Bikers from the North Texas Patriot Guard, Rumble Against Cancer and The Southern Dawgs motorcycle clubs all convened in a supermarket parking lot, then joined the Rowlett, Texas, and Garland, Texas, police departments in escorting Amy to Baylor Medical Center for her double mastectomy.

Many of the bikers showed up because they had dealt with cancer in their own lives. One biker who had lost his wife to cancer connected with Doug on Facebook and helped him get through that horrible night when he was afraid he would lose Amy. Others started crying when they read Doug’s Facebook post and decided to join the ride. One biker even started a special Facebook page just for the ride. 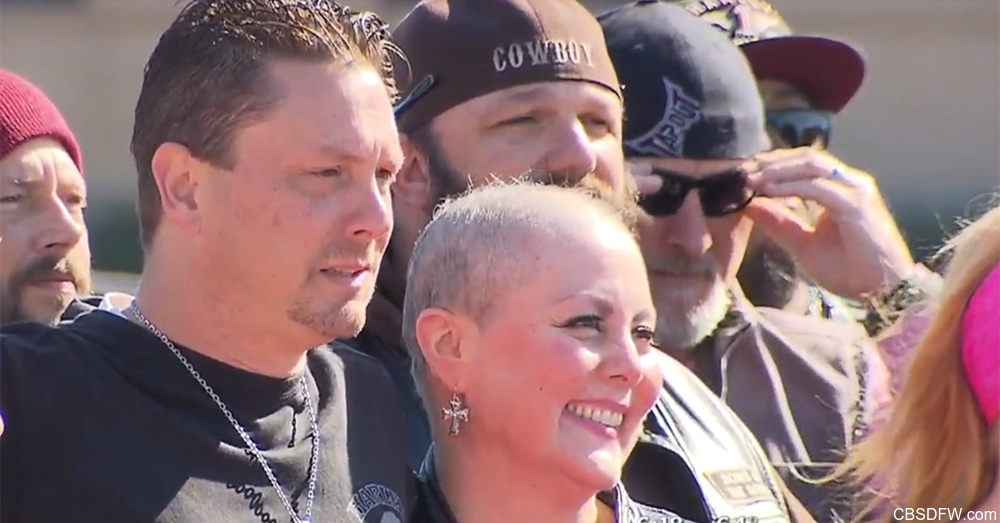 Amy ended up going to the hospital riding on the back of a motorcycle, with the wind in her face and music playing. She was amazed when she turned around to see the massive escort behind her. She entered the hospital smiling, calm and ready for her mastectomy.

Amy made it through surgery well, and doctors told Doug that they got all the cancer. Amy’s surgeon said that a patient’s attitude can make a difference in how she responds to surgery. Amy’s special escort to the hospital made her strong and resilient.

Amy Patterson’s new friends aren’t the only bikers to throw their support to breast cancer victims. Click here to read about a biker who transformed a Harley Davidson into a festive pink motorcycle in honor of his wife and others with breast cancer.