When Marlee Pack was diagnosed with cancer and had to go through chemotherapy, one of the third-grader’s biggest concerns was going back to school without her hair. She got the surprise of her life when she did, as her classmates and teachers decided to devote a day of assemblies to her, calling it “Be Bold, Be Brave, Go Bald.”

According to Upworthy, the first sign of cancer Marlee had was a bump on her left foot, but her mother thought it was from playing soccer. Since it didn’t go away, Marlee’s mother took her to the doctor, and she was diagnosed with a soft tissue cancer called alveolar rhabdomyosarcoma. The first step in treatment was amputating her left foot, followed by over 40 weeks of chemotherapy. 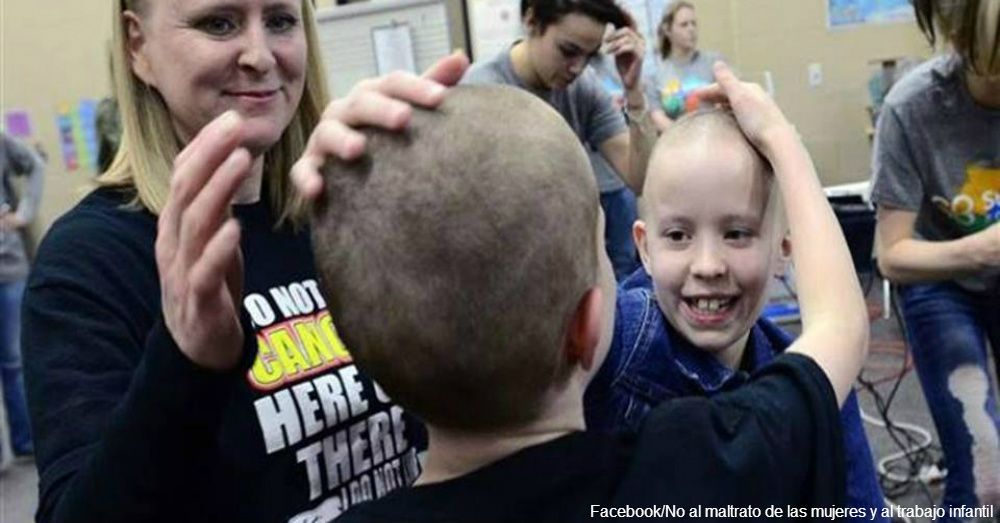 Marlee was feeling self-conscious about going back to school bald, wondering if people would make fun of her. They did the opposite, as classmates and teachers at the school shaved their heads in a show of support. Some kids shaved their heads at home, some did it on stage during the assemblies and others did it at a salon after school, but when it was all said and done, 80 of Marlee’s fellow students went bald to support her. Teachers also joined in on the action, shaving their heads as well.

Everyone donated their hair to charity, and Meridian Elementary School also spent 2 1/2 weeks leading up to the day raising money for St. Baldrick’s Foundation, which supports childhood cancer research. Enterprise Broomfield News reports the school raised about $25,000. Throughout her ordeal, Marlee’s only wish has been to help other kids going through cancer. Her school gave her the greatest gift of all by doing the same.

Marlee’s story has a happy ending, as her cancer is in remission. Despite all she experienced in her fight against cancer, one of Marlee’s biggest concerns was just fitting in with her peers.