Dana Marlowe lost 35 pounds in 2015 thanks to her exercise regimen, and that meant her bras no longer fit comfortably. She didn't want her bras — now too big — to go to waste. Instead of throwing them away, the enterprising IT consultant came up with a great idea that quickly grew into an international movement.

How Did This Idea Hatch?

Marlowe knew these undergarments are expensive, and she told a friend that she wanted to donate her bras to a homeless shelter, according to the Washington Post. Marlowe's friend chipped in a few bras, and then a yoga studio offered one free class for a donation of bras. The movement grew, and Marlowe created a Facebook page called Support the Girls.

Before she knew it, donations were coming in from places as far away as France and Israel. Marlowe's sons, ages 7 and 3, pitched in and brought bras in their backpacks when they came home from school. Her husband used his office as a drop-off site, notes Today.

In October 2015, Marlowe's program donated 1,051 bras and 7,100 tampons and pads to Thrive DC, a clearinghouse of services for disadvantaged individuals. 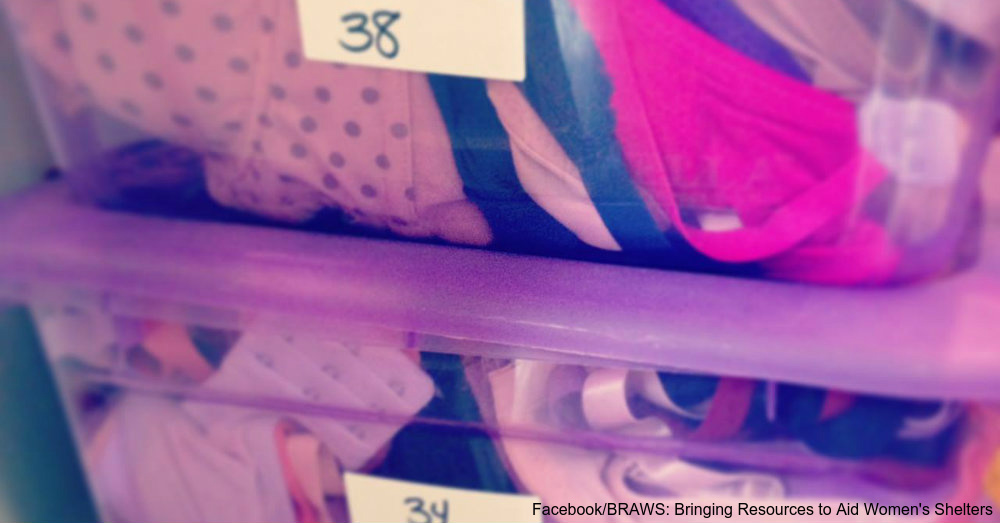 Donations included A to DDD sizes and all kinds of styles and colors. Someone wanted a cheetah print, and there was one. LaShaurn Leaks, 54, told Marlowe, “Look what I’ve got on. It slides off and everything.” Another woman told Marlowe that she can't afford bras because her rent increased from $500 to $900 and she saves every cent and her bras are too small. Thanks to Support the Girls, this woman doesn't have to choose between having a bra that fits or putting food on the table.

Marlowe's program is a godsend to many women, and the business professional knows that these undergarments are important. “Bras are so essential for women: for health, self-esteem, employment and more,” she told Huffington Post. Often, agencies don't do enough to support female-specific needs in homeless shelters and impoverished neighborhoods.

Other people have taken up the mantle of bras for the homeless as Bread for the City received a donation of more than 600 bras from Carol Preston, a friend of Marlowe's. A lack of bras and feminine products aren't the only issues facing disadvantaged women. Lots of new moms have difficulty affording enough diapers for their little ones. Donate today to ensure our most vulnerable citizens have what they need.