It is devastating for a daughter when her mother is diagnosed with breast cancer. However, bestselling author Alice Hoffman soon faced a double tragedy, for while her mother was undergoing her cancer treatment, she herself received a breast cancer diagnosis. Mother and daughter received treatment together at Mount Auburn Hospital in Cambridge, Massachusetts, and Hoffman was so impressed with the care she and her mother received that she donated a book advance to found the Hoffman Breast Center at Mount Auburn. Although the center is ostensibly named after the famous author, Hoffman insists that when she sees the sign, she thinks of her mother.

Besides her mother, other relatives were dealing with cancer at the same time. One sister-in-law succumbed to brain cancer, and another sister-in-law received a breast cancer diagnosis a few weeks after Hoffman. The author underwent a year of post-surgery chemotherapy and radiation therapy. She credits her writing with helping her get through this difficult period. During the prolonged therapy, she escaped into the plot and characters of the novel she was working on at the time. 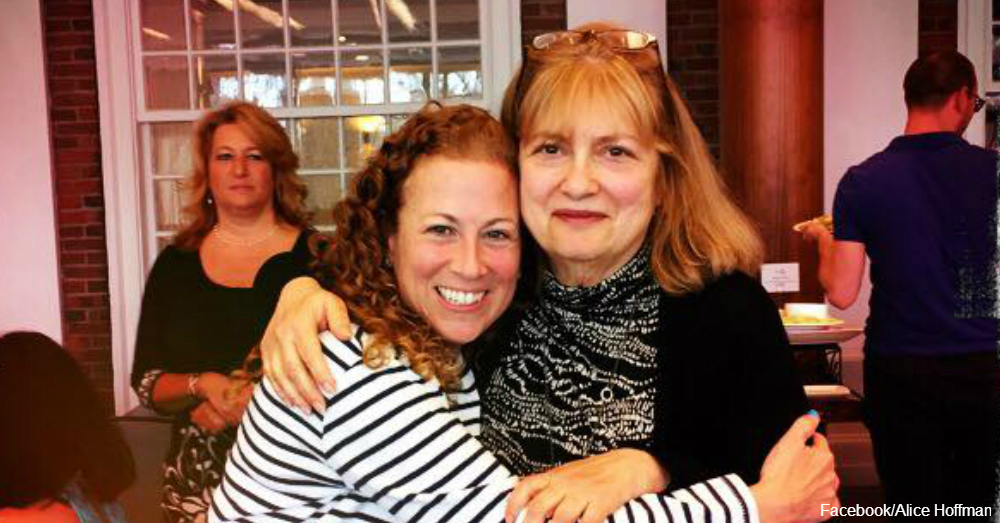 Later, Hoffman wrote a memoir of her bout with cancer called “Survival Lessons.” In it, she expresses her initial incredulity upon learning that instead of being the one who comforts others, she was in need of reassurance and help. She emphasizes the importance of forgiveness, a positive attitude and good relationships. She advises those who have received cancer diagnoses to step out and attempt new things for which they previously lacked confidence. She also gives a brownie recipe for a feel-good taste treat.

The author donated her advance for “Survival Lessons” to the Hoffman Breast Center. She continues to support the center organizing readings by other best-selling writers.