Showing kindness to strangers isn’t always easy, but two women have started a revolution that reminds us that one small gesture can make someone’s day. Hila Perry and Emma Dines began handing out felt hearts to random people on the streets, often with incredible results. It’s no wonder what has become known as the Heartfelt Revolution is taking over the globe in the best way possible. 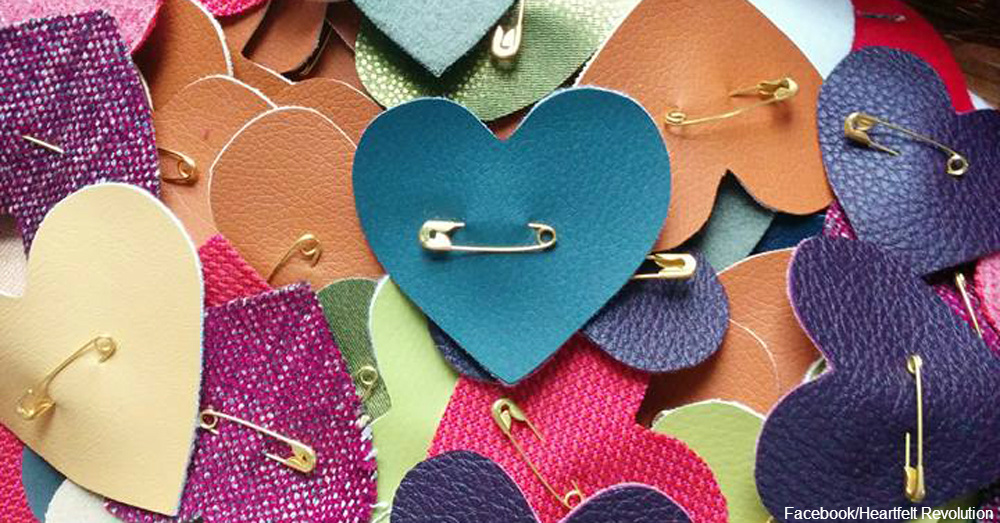 It all started when Perry pinned felt hearts to her black dress for a Valentine’s Day party at her house in New York City. Guests started commenting that she should start giving the hearts out, and the idea blossomed. Throughout the following year, Perry and her friends put the idea into action, and people in other states began catching onto the heart-giving phenomenon. When Perry came together with her friend Emma Dines, the two ladies turned the idea into the Heartfelt Revolution. 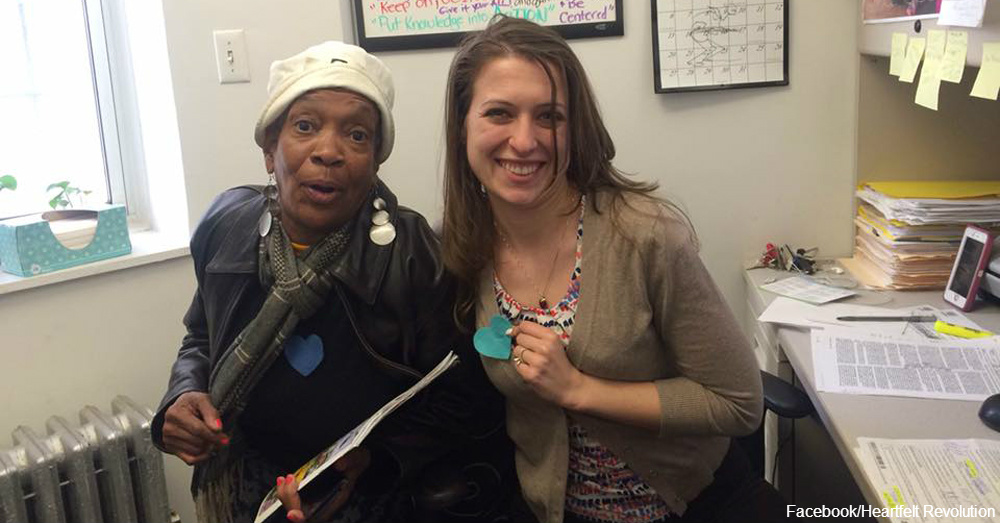 Cutting out hundreds of colorful felt hearts may take some time, but the results are worth the effort. One women, upon receiving a blue felt heart, was touched, mentioning that it was the anniversary of her brother’s death. Amazingly, his favorite color was blue. Speaking about the Heartfelt Revolution, Dines said that people open up and soften in an incredible way when they receive a heart out of pure kindness.

Aside from giving out individual hearts, Perry and Dines also leave baskets full of the felt hearts for people to take and pass on. The phenomenon is growing every day, spreading as far as Guatemala and Tel Aviv. Many heart-givers place safety pins on the hearts so receivers can wear them as a heartwarming reminder that someone cares. 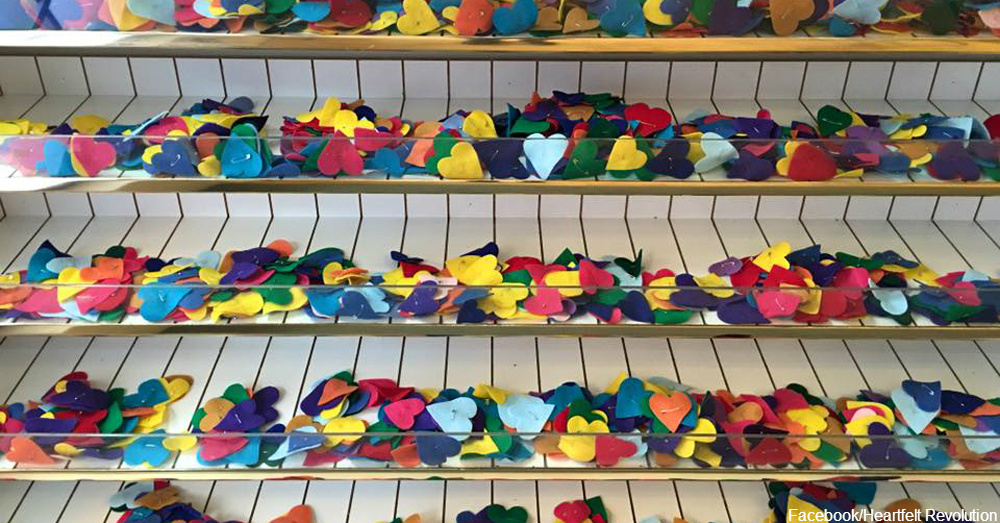