If you were diagnosed with a disease that only seven out of 1 million people in your age group develop — and then informed it was already in stage 3 — your first thought might be that you're pretty unlucky. Six-year-old Finley Brown was given just such a diagnosis in June 2015 when doctors informed her parents that she had a Wilms tumor, a type of kidney cancer that required immediate removal. Rather than let this news put a damper on her unyielding spirit, Finley battled the cancer bravely, and with so much courage that the local firefighters couldn't help but take notice. 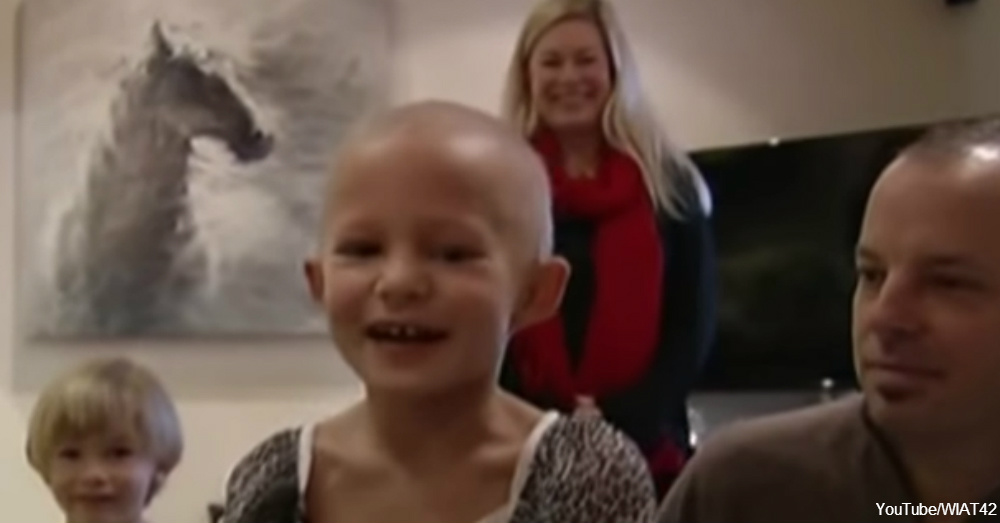 At a summer festival later in 2015, Finley saw a group of Moraga-Orinda firefighters and wasted no time in introducing herself to them. Finley, who had already undergone her first chemo treatments at the time, proudly showed off her operation scars and shared her experiences with the group.

Inspired and humbled by the bravery they witnessed in such a young child, the firefighters quickly formed a lasting bond with Finley. When the day came for her final chemo treatment in late December, they were there. In fact, they even supplied the family's ride to the hospital in a fire truck.

The fire department had one more surprise in store for Finley and her family as well; the department had successfully raised enough money to send the family on a trip to Disney World!

Finley triumphed in her battle with cancer, but she still has to return for regular checkups until her immune system fully recovers. In the meantime, she has plenty of motivation to get back to full health and back to being a regular kid.

Finley's success in overcoming cancer is just one of many inspiring stories that underscore the importance of continued progress in fighting the disease that claims more than 500,000 lives per year. Make a donation today to help cover the cost of mammograms for low-income families and those who need assistance with medical expenses.