A total of 11 teachers at Southern Lehigh High School in Pennsylvania shaved their heads on Feb. 26, 2016, as part of a cancer fundraiser for leukemia and lymphoma research. After Joan Imms-Geiser, the only female teacher to participate, stepped up to shave her head, the entire school broke down in tears when something truly amazing happened.

All in This Together

Imms-Geiser had already agreed to shave her head if the school raised $4,000 as part of its annual Pennies for Patients campaign. During the assembly in February, students presented a check for $4,450, a mark that more than tripled the fundraising efforts from the previous school year. After the Spanish teacher’s turn in the barber’s chair, her husband arrived at the assembly with a bouquet of flowers and told her, “I’m not letting you do this alone.” At that point, the entire school came together in unity and realized that dedicating themselves to a worthy cause takes a true team effort. 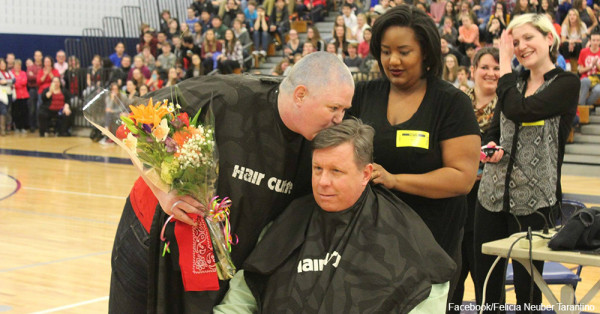 A week before Southern Lehigh High School’s amazing accomplishment, four members of the NHL’s Buffalo Sabres shaved their heads in the name of cancer research. Robin Lehner, Mike Weber and Mark Pysyk, coupled with former teammate Marty Biron, had their heads shaved by four current members of the hockey team, Chad Johnson, Jack Eichel, Brian Gionta and Zach Bogosian. The group planned to raise $7,000 thanks to the bald heads. The wonderful charity events in 2016 are the culmination of more than a decade of hard work. 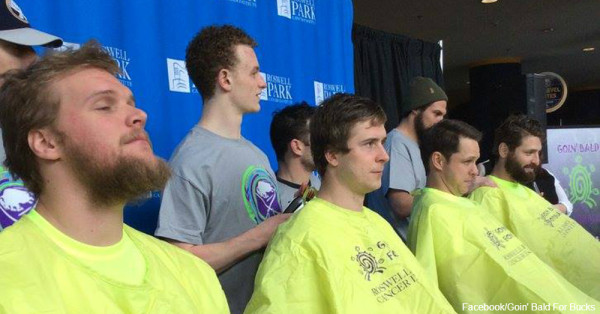 Goin’ Bald for Bucks started in 2002 in Buffalo, New York, when Lake Shore High School teacher Anthony George wanted to visibly show support for his sister going through treatment for breast cancer. George says going bald symbolizes the struggles that all cancer survivors face as they battle the disease. His small act led to a huge regional movement. In 2015, staffers at Roswell Park Cancer Institute in Buffalo shaved their heads and raised $40,000 across western New York. The bond between teachers and their students is strong and special. 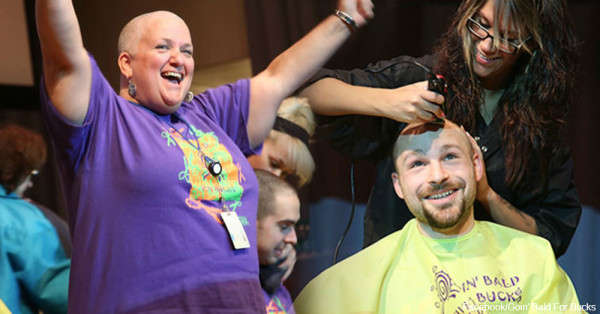 Want another feel-good story? While these students weren’t able to raise funds for their teacher with breast cancer, they were able to raise her spirits.