Losing a child and being diagnosed with breast cancer are two of the most horrible things a woman can experience. One strong woman has gone through both and is finding strength in surprising places.

Elizabeth Hutton was an average mother in 2010. She had a young daughter and was pregnant with a son, Toby, when one day her life was shattered. Late in Elizabeth's otherwise-normal pregnancy, Toby was stillborn. The loss devastated her, but she eventually rallied and became CEO of Kicks Count, which raises awareness about stillbirth and provides information and resources for parents to help them prevent it when possible and cope with it when prevention is impossible. 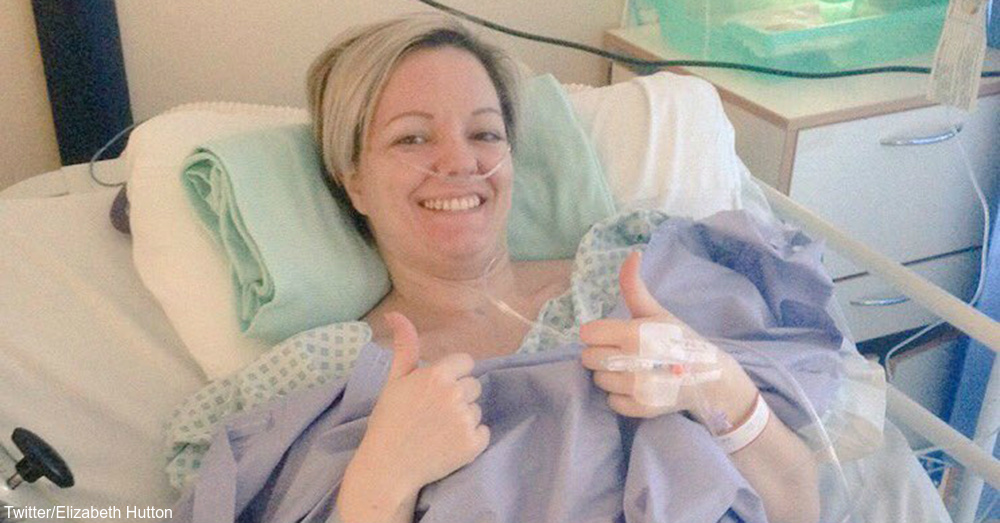 In 2016, Hutton was dealt another blow. Doctors found a lump in her breast and determined that it was cancer. Hutton, who now has two young children and says she's the happiest she has ever been, kept her head up. She remained so cheery and strong that her friends worried she might be repressing her fears, especially as she faces a double mastectomy followed by chemotherapy. Although Hutton's doctors are very optimistic about her ability to make a full recovery, the situation is stressful and frightening.

Hutton, who blogs about her experience on the Kicks Count website, reassured her friends and supporters that she isn't repressing her fears. Instead, she's already experienced the worst thing she can imagine. Cancer is scary, but it's fairly predictable. Losing a child is something that few people have experienced, most people do not talk about and everyone deals with differently. She also notes that a good thing came from Toby's tragic death. She got involved with Kicks Count and now spends her days helping other families prevent stillbirths, saving lives. Hutton expects the same thing to happen after her experience with breast cancer.

But Hutton is no perfect saint who suffers in silence. Showing her humorous side, she warned her friends in advance that she plans to complain quite a bit once her treatment starts! Elizabeth Hutton is using the strength she found during one unimaginable tragedy to help her deal with breast cancer.