The National Random Acts of Kindness Day is officially observed on February 17 of each year, but for one Kroger employee in Indianapolis, that day is every day. 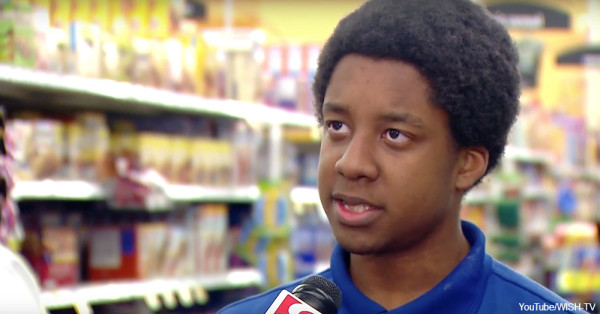 Colin Coleman is known for always putting customers first. After witnessing his kindness firsthand, a customer in the store took a picture of it, which quickly went viral across the Internet. Standing at the service desk waiting to be helped, Ashlee Fujawa, a director of public relations for the environmental organization Keep Indianapolis Beautiful, chatted with a visually impaired gentleman as he waited for assistance in gathering his groceries.

Then, Fujawa watched as a young man came in from gathering shopping carts in the cold, approached the man and introduced himself as Coleman. It turned out the two knew each other, as Coleman helped the gentleman gather his groceries on numerous occasions. 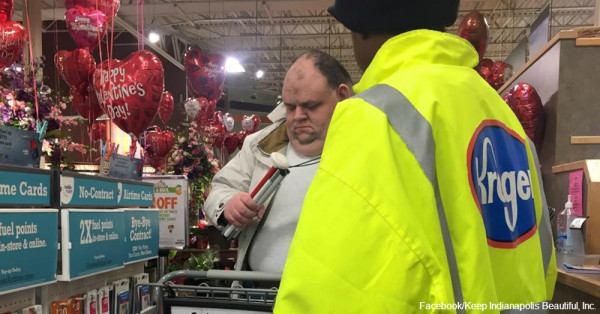 Fujawa was so touched by the act that she shared the picture on her organization’s social media page. She felt the act went above and beyond customer service and was an example of true compassion, which all people should embrace.

During the short time Coleman has worked with Kroger, he has frequently gone out of his way to assist others. He has plowed the parking lot on a snowy day after being asked to bring in carts, and he always interacts one-on-one with customers.

Coleman was rewarded for his act of kindness with a customer service award that is generally bestowed on an entire department. The young man is the first to receive such an award as an individual. 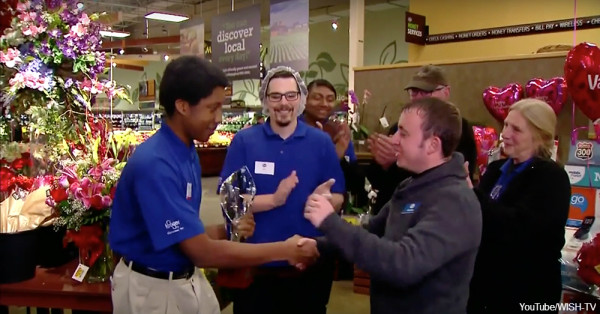 Customer service should always be about taking care of the customer first. When someone's generosity shines through, customer service can become a natural act of kindness. Coleman’s story is just one of many. Read more inspiring stories about amazing people here.