For many teenage guys, heading off on a homecoming date means buying a corsage, making dinner reservations and choosing the right long-sleeved dress shirt. Adding a splash of cologne and hair gel is often the perfect ending to the evening’s preparations.

For one young man in Collierville, Tennessee, however, the hair gel was unnecessary. For that matter, so was a comb or brush. After all, dance preparations for Brayden Carpenter involved shaving his head to show solidarity with his long-time friend and homecoming date Allie Allen, a 16-year-old forced to shave her own head due to a relapse of cancer.

Allie Allen was first diagnosed with grade three anaplastic ependymoma, a rare form of brain cancer, in 2013. After undergoing months of radiotherapy and a successful surgery, doctors declared that there was no evidence of recurrent disease. In other words, the cancer was no longer a threat. 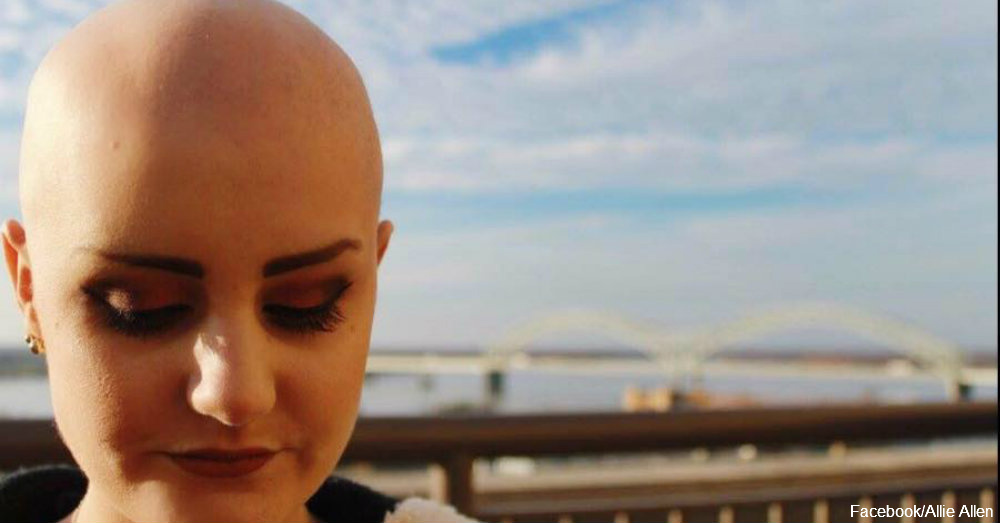 Fast forward two years. Cancer is not only a threat, but a reality. And not only for Allie. In 2015, she was devastated with news that her grandfather had died. Of brain cancer, nonetheless. Shortly thereafter, the family faced another tragedy: Allie’s mom found a lump in her breast. As if this wasn’t enough, a mere week after her mom left the hospital, a routine scan indicated that Allie’s cancer had returned.

Not long into treatment, Allie grew even more depressed as she noticed large chunks of hair dropping to the shower floor. Rather than watch it disappear erratically, she opted to shave it.

With only weeks until homecoming, the shock of having no hair was difficult for the brave teen, who recounted her struggle and emotions about the ordeal on her personal blog. Despite tackling radiation and chemotherapy, she still wanted to attend her high school dance. 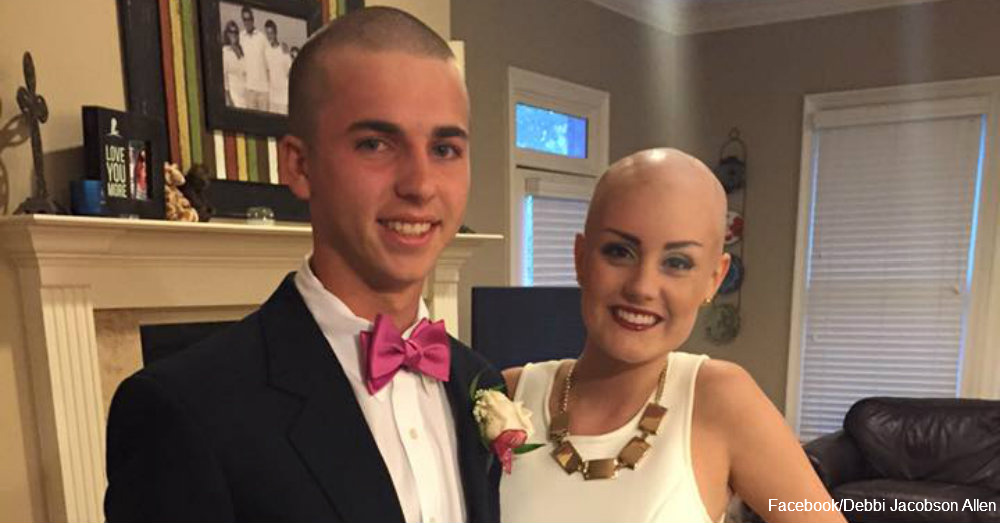 Unknown to Allie at the time, her date had a special surprise for her. He arrived to the festivities with a shaved head in recognition of Allie’s struggle. After all, he wanted to make sure Allie didn’t feel like an outcast.

These simple acts of kindness may not make headlines very often, but they sure do make a difference in people’s lives.