Natasha Fogarty loved to breastfeed her four-month-old son Milo. It was a time of closeness and a special bonding moment between mother and son. She planned on breastfeeding for a year, but a phone call from her doctor changed all that.

At 29 years old, Natasha was diagnosed with breast cancer. After her mastectomy, Natasha would have to give up breastfeeding. Since this was such a special activity between Natasha and Milo, she decided to have a professional photographer take pictures of her last breastfeeding session. Kari Dallas of Vintage Lens Photography, who just happened to be one of Natasha’s high school friends, offered to do the photo shoot for free. 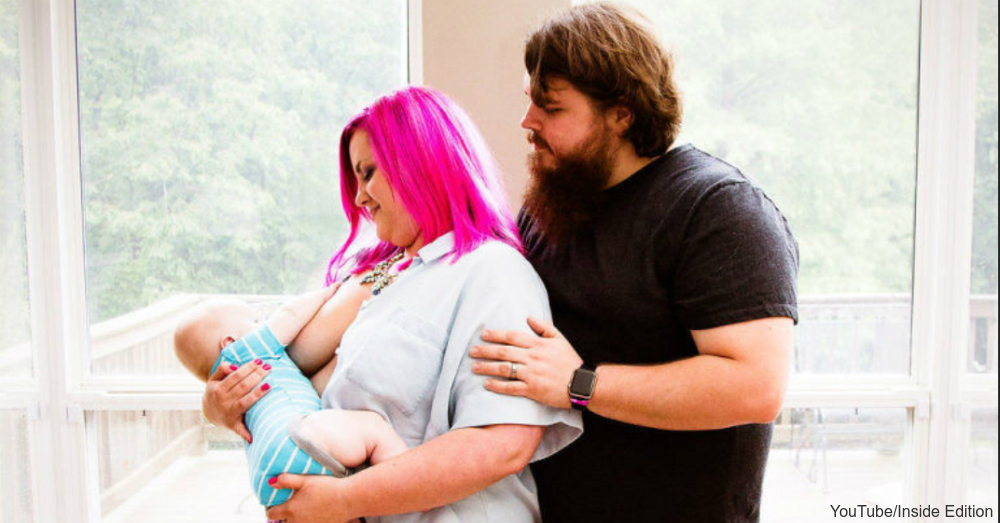 Decked out in a new hot pink hairdo, Natasha cradled her son for the last breastfeeding session on Sunday, June 26, 2016, the day before her mastectomy.

According to an article by Ricki Harris with ABC News, Natasha shared her story and posted her photos on the Breastfeeding Mama Talk Facebook page. This website provides information and support for young moms, especially those who are breastfeeding or considering to do so. Natasha also offered support and a listening ear for anyone else fighting breast cancer.

The loss of that special time was devastating for Natasha. According to an article in Cosmopolitan, Milo wouldn’t take formula, making the situation even more stressful. Three of Natasha’s close friends who were breastfeeding newborns came to the rescue by donating milk, and they continue to do so. Now, Natasha can concentrate on fighting the cancer. That hot pink hair was the young mother’s first defiant punch back at the disease.

Learn more in the video!