David Lee Windecher is a well-known attorney in Atlanta, a motivational speaker, the head of a nonprofit organization and an author. The self-made man wasn’t always like this. In fact, if Windecher listened to what society told him, he might still be in jail. 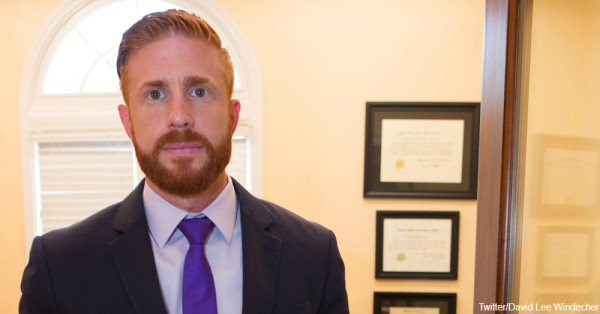 Windecher grew up in poverty as the son of Argentine immigrants. His family started in Los Angeles before moving to North Miami, Florida. It was his run-in with gang violence in North Miami that started him on the wrong path. At age 11, police arrested the youngster on a shoplifting charge after he stole a bag of bike pegs for him and his brother. Now 36, the defense attorney said he stole the equipment because he thought he deserved to have it.

Shoplifting parts for a bike was just the beginning. He was found guilty and served six months of community control as a juvenile offender. Windecher developed a rap sheet full of a dozen arrests by the time he was 19. The attorney’s final crime involved beating a rival gang member because the other person stole his phone. Windecher turned himself into police after the beating because he had enough of his gang lifestyle.

Windecher, known as Red on the street because of his red hair, helped run the Star Creek Gang in North Miami in the 1990s. The gang made money by stealing cars and running drugs. He stated that a gang would be the only way to get protection from violence after he saw the murder of a young man in a movie theater.

While in jail for the beating, Windecher had some time to reflect. His siblings turned to gang life, and he had no friends. He turned his focus to his faith in God and found solace in a poem called “The Monument” by Blaine M. Yorgason. The poem shows how God gives people problems to turn those difficulties into blessings. That’s exactly what Windecher did with his life.

The former gang member picked himself up, got out of jail and graduated from American Intercontinental University with a 3.97 GPA. Despite his high grades, only two law schools accepted his application, because Windecher had a felony conviction on his record. Undaunted, he earned his law degree from John Marshall Law School. He graduated at the top of his class.

Law degree in hand, Windecher went to work for an attorney in Atlanta. In 2011, he switched gears and became a member of the DeKalb County District Attorney’s office. 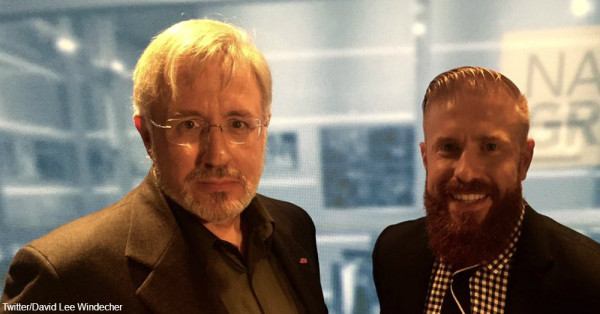 It was working as a prosecutor that gave Windecher his life’s purpose — kids who ended up in jail for crimes and faced difficulties turning their lives around. Windecher decided to work in the juvenile division to try to help kids from spending the rest of their lives in and out of jail.

Organization and a Book

Windecher could certainly relate to juvenile offenders — he was one at some point in his life. When he talks to kids, his gang accent tends to come out. Sometimes Windecher rolls up his sleeves so kids see his tattoos. Other times, kids see his scars. These visible reminders of his past help the attorney relate his experiences to troubled kids so they won’t make the same mistakes as he did.

After founding his own law firm, Windecher expanded his outreach program with Rehabilitation Enables Dreams, or RED, as a way to counsel nonviolent inmates through writing. The program gives people a chance to earn a GED and then attend college once leaving prison. Each person who goes through the program writes their own memoirs, much like Windecher did with “The American Dream: HisStory in the Making.” That book is being turned into a feature film from renowned filmmaker Tyler Perry.

Too often, Windecher says, kids don’t get a second chance because of stigmas that the justice system, prosecutors, citizens and other gang members place upon them. RED gives downtrodden people a new lease on life. Windecher found his solace on his own while in prison. RED attempts to show teenagers behind bars that they aren’t alone, they aren’t a lost cause and they can make their lives better. Windecher is a living example of turning problems into blessings.