Two bouts with ovarian cancer and time spent providing aid in Africa left Tracy Pepper burnt out and feeling down in early 2016. Fortunately, she started feeling better when she adopted a new pet, Fluffy, and nursed it back to health. Fluffy wasn’t your typical pet, though. This was a monarch butterfly, and the bond between the pair quickly went viral. 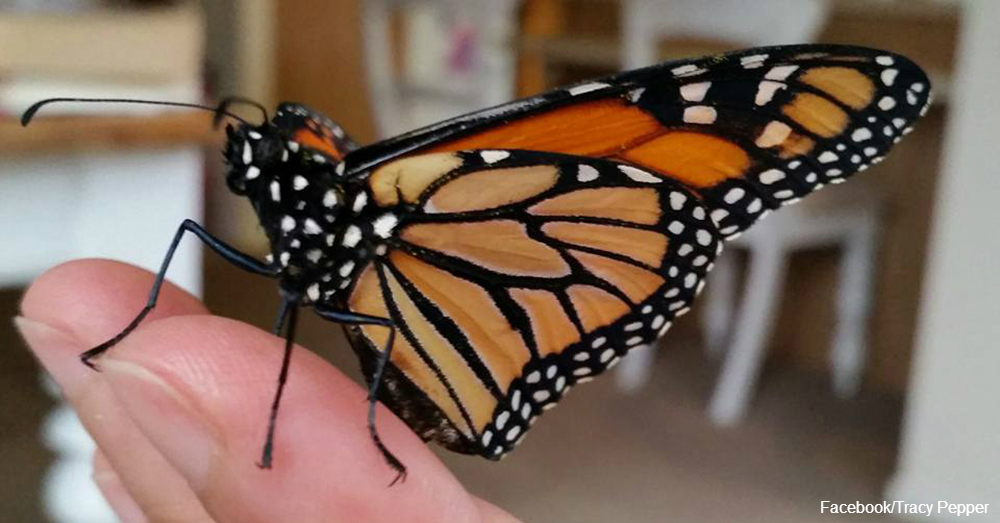 According to Stuff, Tracy’s ovarian cancer resulted in a hysterectomy and left her unable to have children. While she found her aid work fulfilling, she had an empty feeling after returning home to New Zealand in 2015. Then Fluffy entered the picture.

Fluffy came out of his cocoon on February 1, 2016, but the young monarch butterfly wasn’t able to fly, which led to wind pushing him around the concrete. Tracy took it into her home and chose its name. She started it out with a sunflower for food, before giving it a bowl with apple syrup, honey and sugar.

Tracy made sure to take plenty of pictures and videos of herself with Fluffy, which she then posted to social media. Fluffy soon gained quite the following. One of the butterfly’s most surprising supporters was Tracy’s cat. 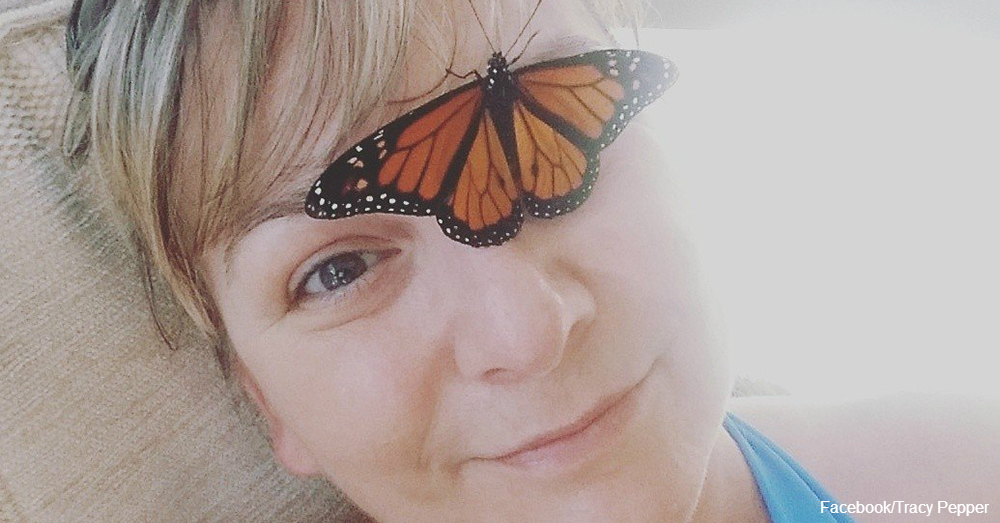 Sadly, the typical lifespan of a monarch butterfly is only two to six weeks, and Fluffy passed away on February 17, 2016. Tracy wrote a short Facebook post about her pet’s final moments, where it stood up and tried to walk on her chest for hours. Fluffy may be gone, but it’s not forgotten. Not only does Tracy plan to preserve Fluffy, she also wants to create a children’s book about the butterfly that meant so much to her.