Doctors, patients and cancer experts continually look for new methods of detecting breast cancer. The idea is that early detection leads to better outcomes regarding a patient's overall health. One possible method of detection comes from technology called thermography, but this method remains controversial and should not be the first choice for detecting this disease.

Despite the purported benefits of thermography, studies from 2012 show this method fails to properly detect breast cancer. A study of 180 women examined from 2009 to 2011 revealed just a 50 percent accuracy rate in detecting breast cancer. Up to 47 percent of thermography scans resulted in false positives, which means cancer showed up in perfectly normal breast tissue.

As of 2016, the American Cancer Society says thermography is not a viable way to detect breast cancer in patients. Thermography is useful to image cancers next to the skin, but this method does not view cancer deep in the breasts, nor can it detect small amounts of cancer. 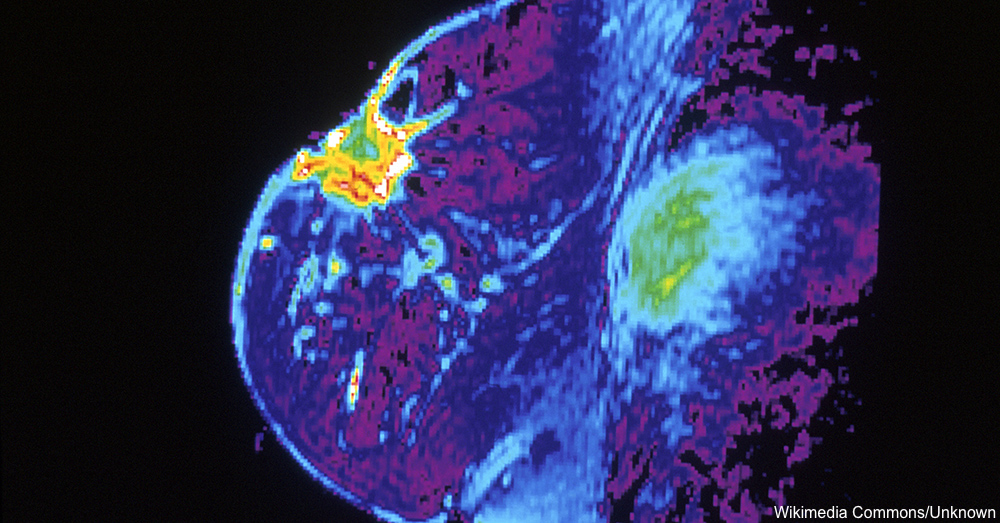 Patients see thermography as an alternative to mammograms and MRIs because the imaging technique is less invasive, costs less money and results come back faster. WSLS states that thermography, also known as a “No Touch Breast Scan,” uses infrared cameras a few inches away from the breasts. These cameras detect body heat within the breasts, and doctors view the images that indicate warmer areas and cooler areas. The imaging technique uses no radiation whatsoever.

Doctors can consult with patients within 24 hours after the imaging. Doctors with Image of Health Breast Thermography in Virginia claim thermography detects breast cancer at least a year earlier than mammograms. However, the accuracy of the imaging must improve before infrared detection goes mainstream. The procedure costs $250, but many insurance plans don't cover it because the thermography is not recommended by experts as a primary diagnostic tool. Until insurance companies cover this type of imaging, patients may be unwilling to spend money out of pocket.

How Best to Proceed

Patients should use thermography as a supplement to mammograms and MRIs, not as a replacement. Dr. William Cockburn touts thermography as a detection method, but he notes the main differences between what a thermography detects versus a mammogram or an MRI. Infrared images show temperature changes on the skin, and these scans detect physiological processes. The theory behind heat detection is that a tumor causes more blood vessels to grow, and this creates more body heat.

A mammogram detects an anatomical abnormality by viewing the structure within the breast. When a tumor grows large enough, it shows up in an X-ray photograph because the tissue is dense enough to reflect the beams of radiation. It also means the disease has progressed enough to appear on traditional imaging techniques.

Ultimately, neither a mammogram nor a thermographic scan diagnoses breast cancer. An official diagnosis comes from a licensed doctor who then discusses options and action steps with patients. 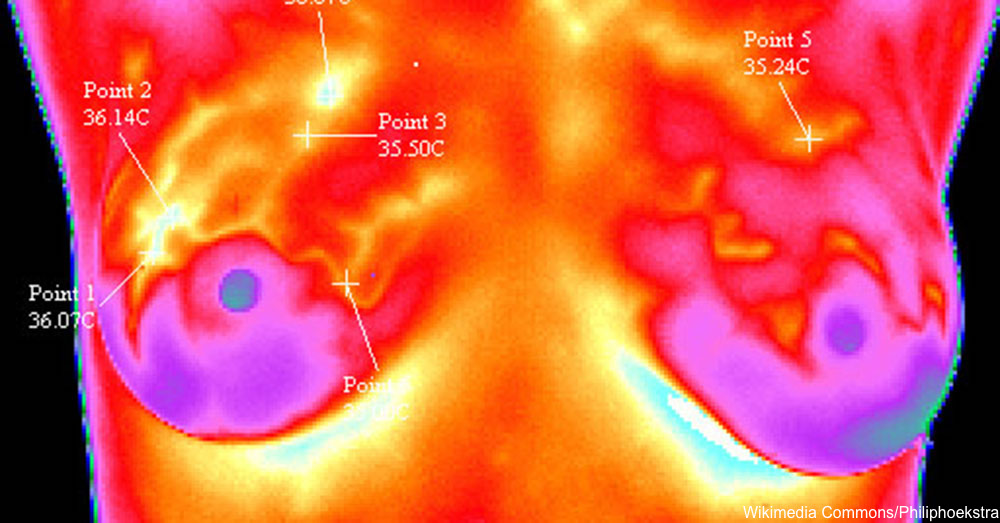 Moving forward, more research must be done regarding thermography as an imaging tool. If the technology can improve over time and if the imaging becomes more accurate, thermography may become more useful to doctors and patients. The infrared technology shows promise, but long-term research needs to be a priority.

Cockburn notes that studies in the United States, France and England showed false positives in thermal imaging scans that turned into breast cancer tumors in the exact same place in the breast five to 10 years later. He believes that thermography may be able to detect breast cancer in very early stages, but doctors do not know how to recognize it yet. More stringent studies with long-term follow ups must occur to achieve some kind of standard for themorgraphy, if one exists at all. Until then, mammography and MRIs are still the way to go.