Identical twins Allison Ardolino Dinkelacker and Dawn Ardolino Policastro were always close growing up, but now they have a closer bond than ever before. In 2015, Dawn stepped up to carry her sister's baby after Allison was told cancer had robbed her of the ability to have her own child.

In 2009, Allison was given the terrible news that she had breast cancer. Even worse, she was 39 weeks into her first pregnancy at the time. To survive the stage III cancer, Allison would have to start a chemotherapy regimen at once, but that meant ending her pregnancy almost 10 weeks early with a C-section. Her son, Dylan, was born healthy, but doctors told Allison it would be her last natural conception and delivery. 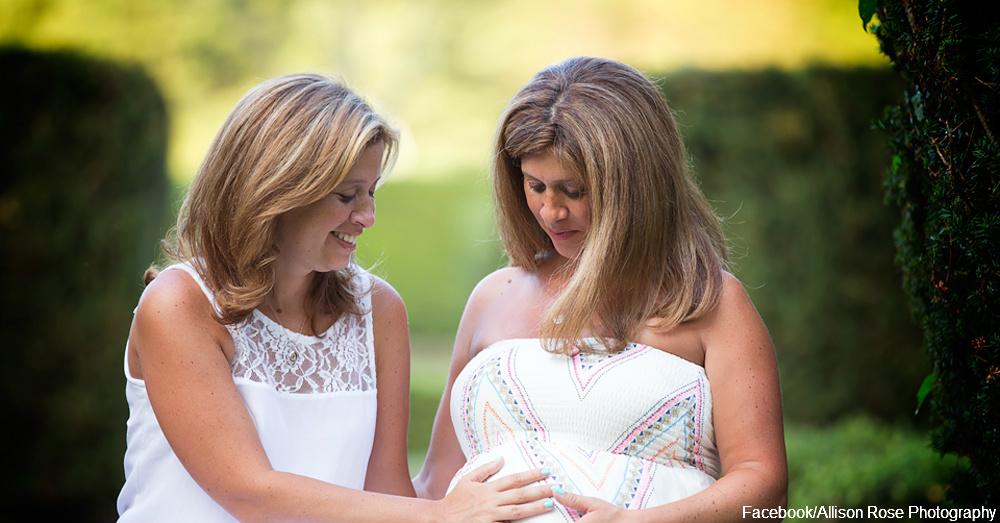 Allison's problem was that her breast cancer was hormone-induced, which means future pregnancies are potentially life-threatening for the Long Island woman. Her sister Dawn, who was in the room to hear the grim prognosis, immediately stepped up and volunteered to carry Allison's next child for her. Surrogacy of this sort presents no special challenges, especially since identical twins are exact genetic copies of each other. That special connection means that Allison is just as closely related to her sister's children as she is to her own.

In 2015, after six cancer-free years, Allison and her husband welcomed the birth of her second son, Hudson, who was carried to term and born healthy. During the gestation, Dawn kept the baby's sex a secret, hoping to surprise her sister. The pair even posed for side-by-side photographs with Dawn holding up a sign behind her sister's back reading: “Shhh…It’s a boy!” 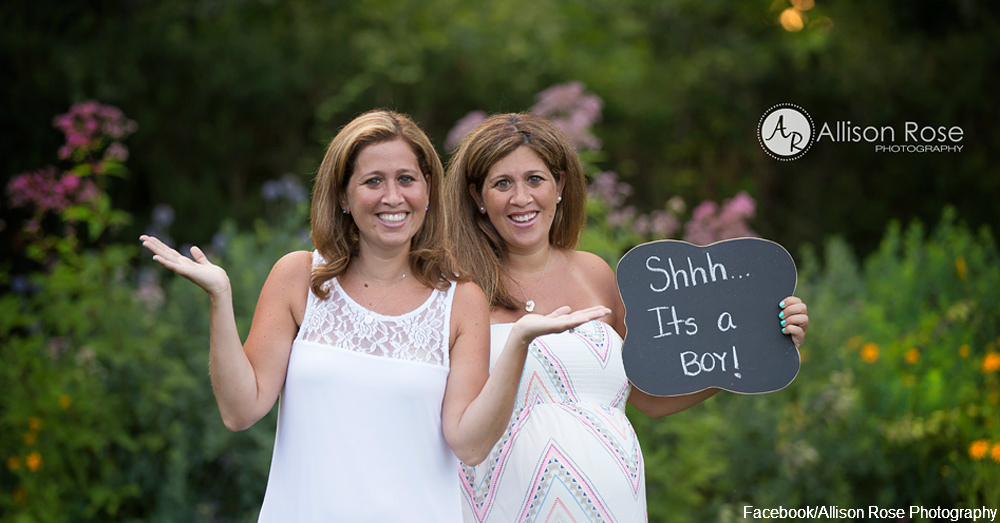 Pregnancy creates special conditions that can complicate cancer treatment. In the same way, some cancers complicate women's reproductive health in ways that can be devastating. Donate to help pregnant women like Allison who are bravely fighting cancer's effects on their families.