DeAngelo Williams lost his mother to breast cancer five years ago, and the former NFL player is still, to this day, committed to fighting the disease.

His mother, Sandra Hill, passed away in 2014 at the age of 53 from the disease. The running back – who’d played 8 seasons with the Carolina Panthers as well as 2 with the Pittsburgh Steelers – had also lost 4 aunts to breast cancer, all before the age of 50, reports Today. 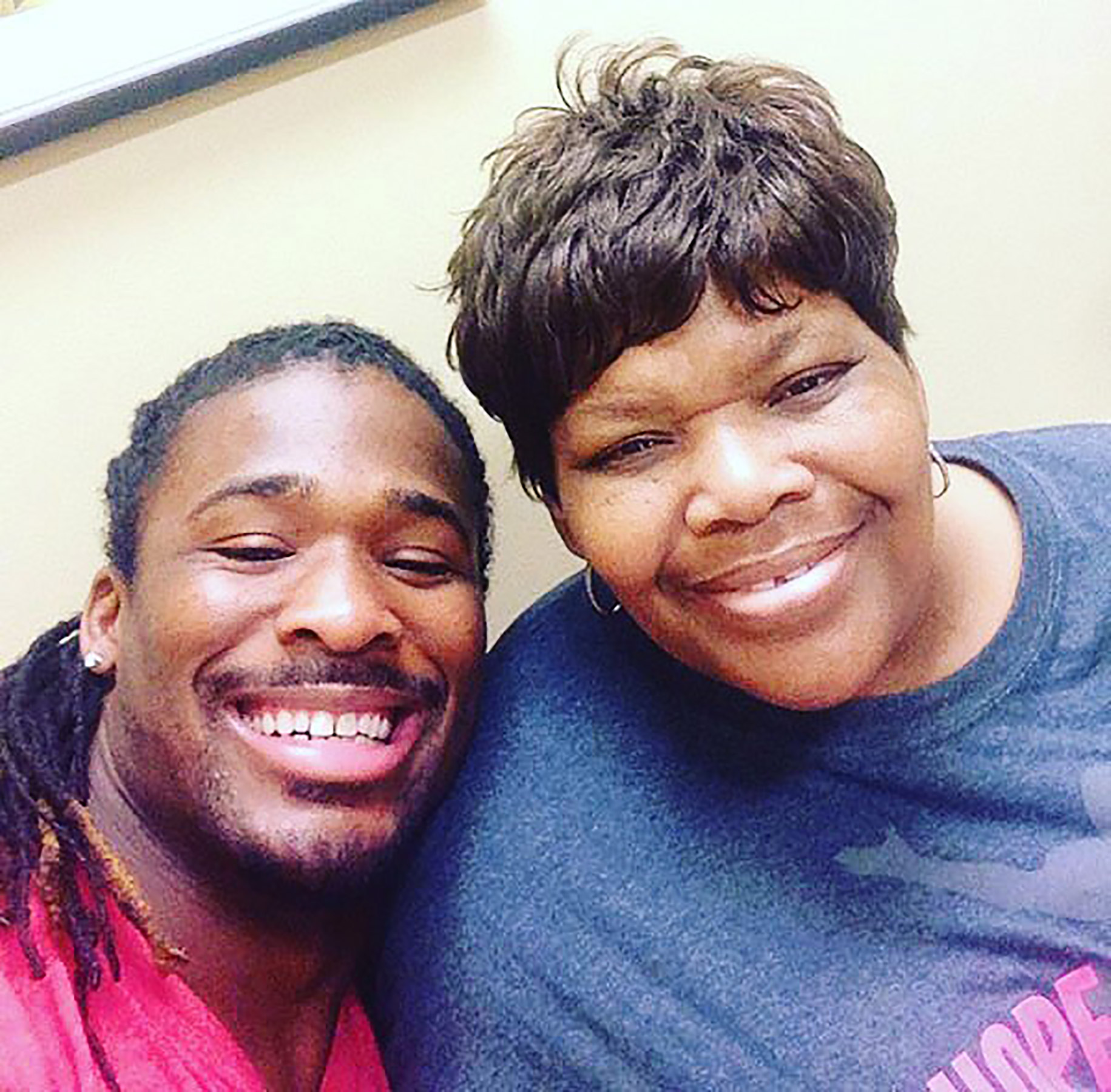 The 36-year-old DeAngelo wanted to honor all the women in his family that he’d lost to breast cancer, by helping other women across the states pay for their mammogram screenings by going through his nonprofit organization, The DeAngelo Williams Foundation.

He began the initiative back in 2014. And as Today reports, since starting his mission, both DeAngelo and his foundation have managed to pay for a total of 500 mammograms across hospitals in Pittsburgh, Pennsylvania; Memphis, Tennessee; Jonesboro, Arkansas; and Charlotte, North Carolina.

DeAngelo said to the media outlet about his foundation’s mission and accomplishment, “To be able to help all these women is amazing. This can be life-changing for these women. We are enabling them to get this care that no one should ever be denied or not have access to.”

His mother was first diagnosed in 2004 with breast cancer.

While her battle with the disease waged on, DeAngelo supported his mother by dying his hair pink, as well as pushing the NFL to allow players to participate in October’s Breast Caner Awareness month by wearing pink cleats.

This is dedicated to my mom, my aunts & women everywhere affected by Breast Cancer. I love you. #WeAreInThisTogetherhttps://t.co/bAwaanlfzV

Not long after his mother passed away in 2014 during DeAngelo’s stint with the Carolina Panthers, the NFL star launched the “53 Strong for Sandra” program, which was an event in North Carolina which saw his foundation partner up with the Charlotte Radiology and Levine Cancer Institute, in order to provide free mammograms plus follow-up care for 53 women in the area.

In a Twitter note, DeAngelo said there was a reason behind the number of 53 women, as it was a “significant number” which represented “how old my mom was when she lost her battle to breast cancer.”

In 2015, DeAngelo had extended his even to the Pittsburgh and Memphis areas. Also during that same year, he signed a two-year contract to play for the Pittsburgh Steelers.

While he was playing on the team, DeAngelo asked the NFL to grant him permission to wear pink all year on his uniform – as a tribute to the women in his family – but as ABC News reported, the NFL declined his request.

Regardless of the push back, DeAngelo continued to move forward with his charity work. He has since retired from the NFL, and both he and his foundation, have helped hundreds of women with his program. There are also future goals to hosting free mammogram screenings across all 50 states.

The organization has also shared their accomplishment through Facebook on Wednesday, revealing they “have sponsored well over 500 mammograms and have no plans of stopping.”

That is quite impressive, indeed.