A mom and daughter initially fought breast cancer side-by-side after being diagnosed only weeks apart. Then the daughter’s cancer kept growing.

Heather Colson had already fought breast cancer in her lifetime. But after ten years of being cancer-free, a routine mammogram in her 60’s found that the cancer had returned.

“Listening to that second diagnosis of my mum’s – it hit me too this could be my fate,” Debit told The Mirror. “I was 32 at the time and had thoughts of sitting in the same chair in my 50s maybe – being given the same shocking news.

“I had no idea that moment was just a few weeks away.” 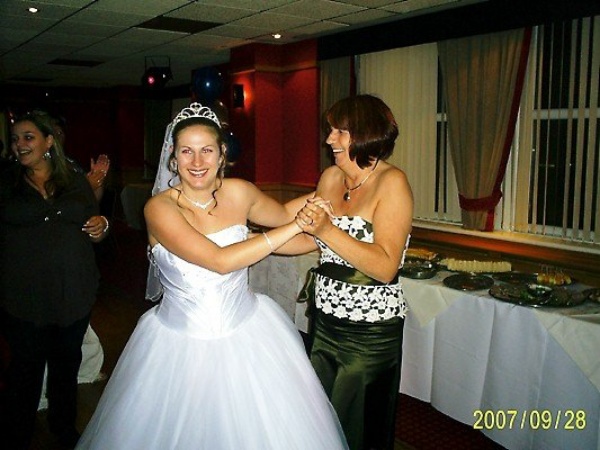 Only 10 weeks later, Debi felt a golf-ball-sized lump in her breast while showering.

She kept the news to herself for a few days, not wanting to worry her mom, who was currently going through radiation. But Debi was wracked with worry, so she finally went to her GP, and soon the young mom of three got a breast cancer diagnosis of her own.

The cancer was aggressive: Debi had grade 3 triple-negative breast cancer. 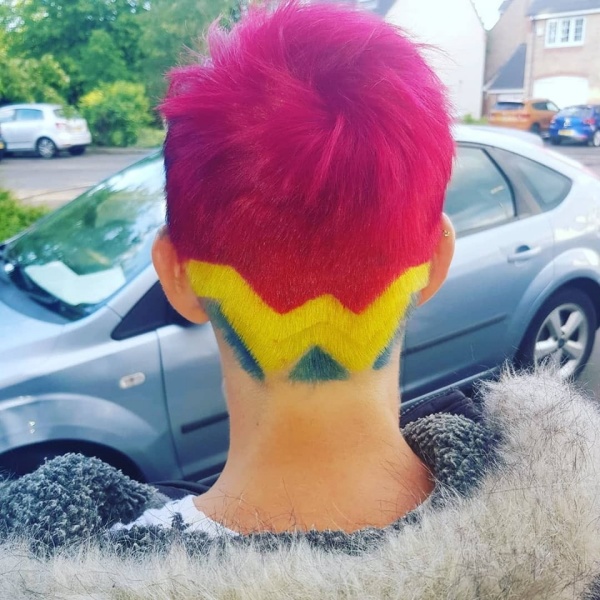 “It all became a bit of a blur when they told me it was cancer,” she told the Lancashire Post. “I just went into shock and my husband Brett listened to all the details.

“The worst thing was the day before I got the news we’d lost my grandmother to cancer, so it was such a chain reaction of bad news.” 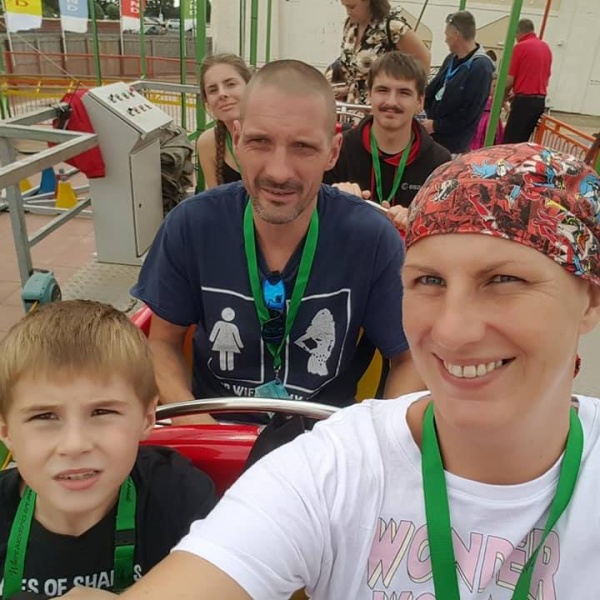 She told her mom about her diagnosis, and her reaction was just what Debi needed.

“Mum was obviously shocked, but she instantly flung her arms around me, gave me a huge squeeze and said, ‘Debi – we will win,'” Debi said. “She was calm and in that moment and I thought to myself, ‘Yes, I will fight this, and I will win – we’ll both win.'” 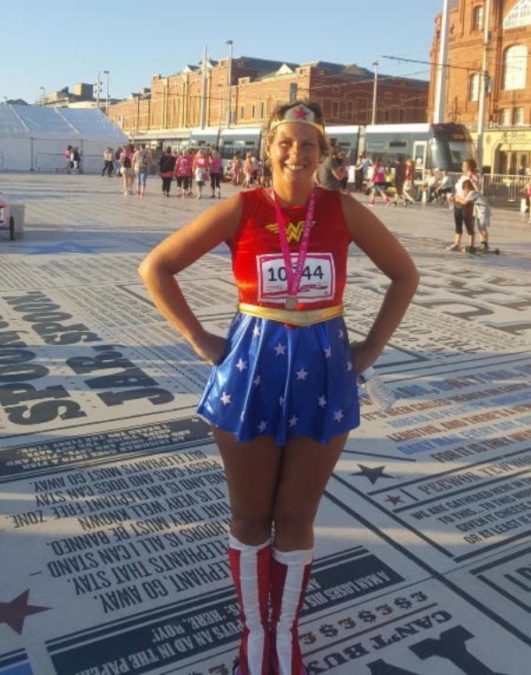 Heather fought back the disease successfully for a second time, and was declared cancer-free just a few short months after her second diagnosis.

Debi had a longer journey ahead, however.

First she underwent chemotherapy, in the hopes that it would shrink the tumor and she could get a lumpectomy. Chemo was incredibly hard on the young mom. Still, only a week after she began treatment, Debi began classes toward a degree in Children and Young People Services at Preston College. She wasn’t going to let cancer get in the way of her goals. 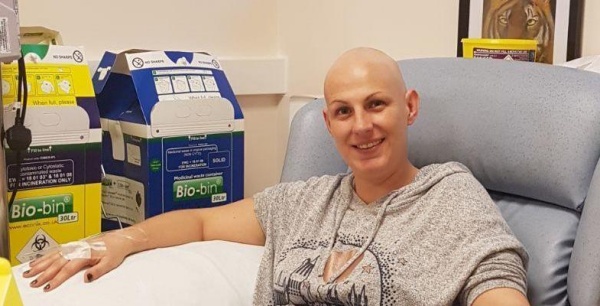 She was exhausted, nauseous, and battled fierce headaches.

“I remember leaving hospital after one double dose session and saying to my friend, ‘I think I’m ready to die now,'” Debi said. 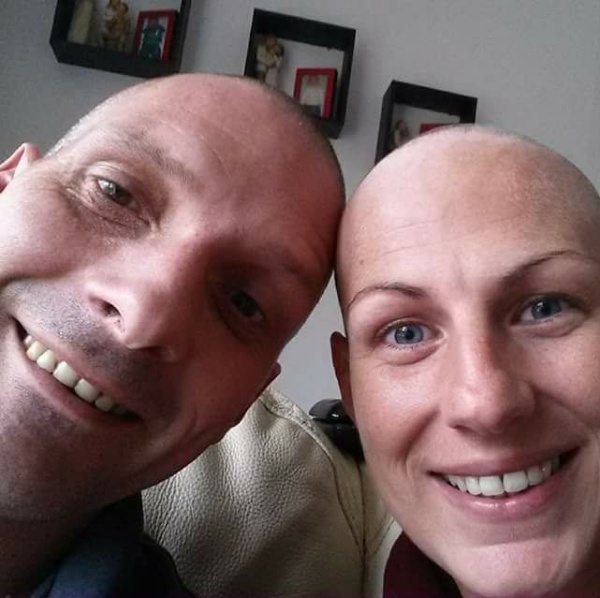 Her mom was there to lift her spirits and help her through those draining times.

“While the chemo and its effects were crippling me, mum and I found times to laugh and spent lots of quality time together,” Debi said. “We’d giggle through our experiences about the small things – like when mum turned to me one day and said, ‘come on, let’s go out and buy you a new hat for that bald head.'” 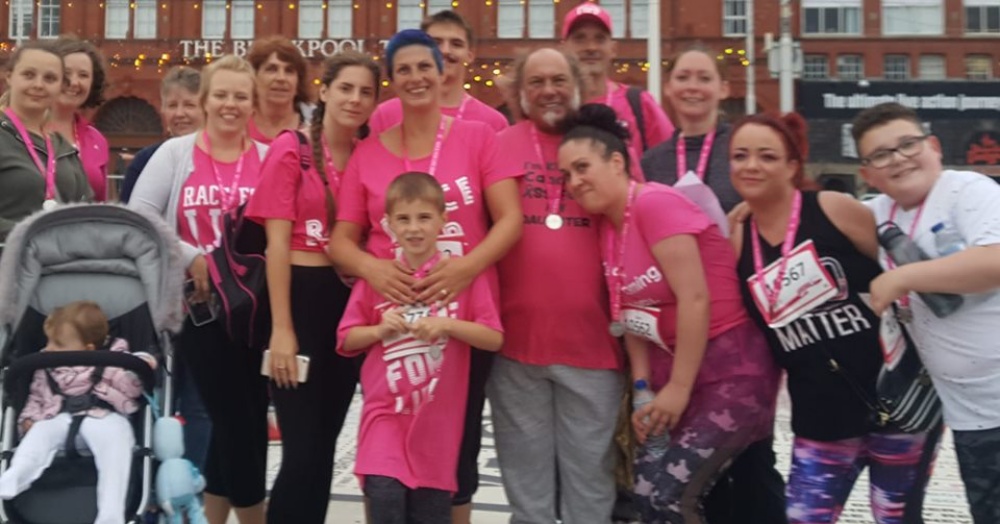 “She stopped me spending all day on the sofa in my dressing gown and helped me know what was coming in the next stage of my battle,” Debi said.

Despite the chemo treatments, the cancer remained aggressive. After several sessions, Debi was told the tumor had actually grown in size and that she had to get a double mastectomy instead of the planned lumpectomy.

Debi had the mastectomy, and then went on to have 15 rounds of radiation. As the chemo drugs left her body, her hair began to grow back, and eventually Debi got a clear scan — she was cancer-free. 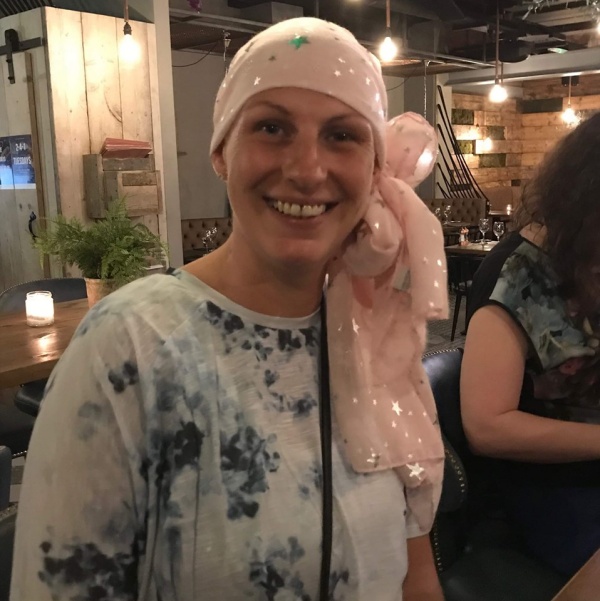 “I felt so strong and now both me and mum have a new definition of ‘normal,'” Debi said.

“Battling the disease alongside mum was both horrible and wonderful at the same time,” Debi said. “The worry for one another was awful, but we were there to hold each other’s hand. Her strength helped me stay level-headed and witnessing mum fight cancer not once, but twice, helped me think – ‘I have to do exactly the same.'”