Within A Few Years, She Lost Her Son And Husband And Was Diagnosed With Breast Cancer

Dena Austin went through more than one woman ever should in the span of a few short years. Her 14-year-old son died, then her husband died, and then, to top it all off, she got diagnosed with breast cancer.

Austin’s son, Bo, was born four months prematurely and weighed 1 pound, 13 ounces at birth. He spent the first 122 days of his life in the neonatal intensive care unit and, miraculously, he survived. Developmentally, he progressed to only age 1, but he lived until he was 14 years old — far longer than his initial prognosis predicted. 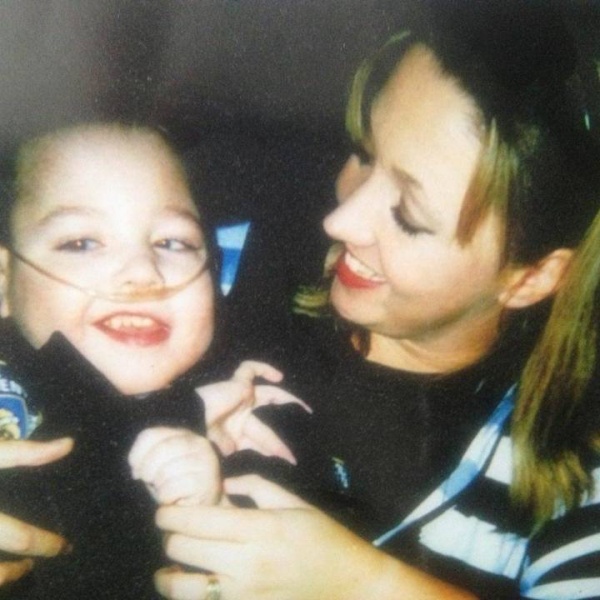 After Bo died, Austin’s husband, Brent, was heartbroken to the point where he never fully recovered.

“He never was the same,” Austin said. “It changed him deeply. Every day he woke up, it was the day Bo died. He was just sad.”

Dena and Taylor were in California for a softball tournament when Dena talked to her family and found out Brent had passed away suddenly. She had to break the devastating news to her daughter and then drive four and a half hours back to their home in Vegas. 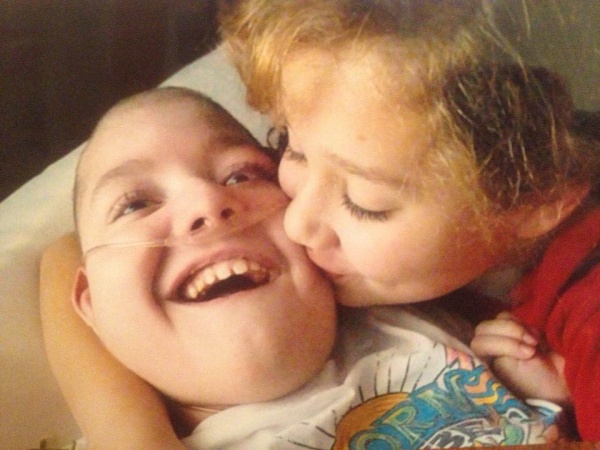 “You are numb,” Austin said. “None of it makes sense. Not one ounce of sense. Nothing. This was not happily ever after. I was angry at the time.”

Eventually, Austin reconnected with her high school sweetheart, Joe, through social media, and they began dating. Then, four years after the death of her husband, Austin moved to Middletown, Ohio, to be with Joe and be closer to her daughter, who was attending college nearby at that time.

Both mother and daughter were happy again, and moving forward with their lives. 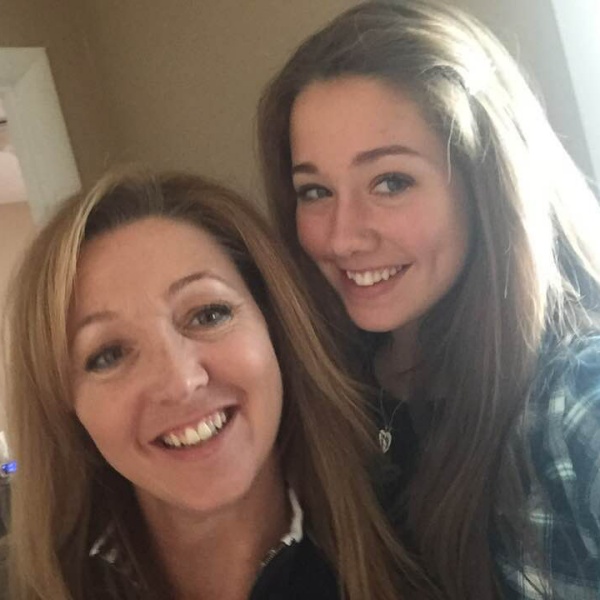 Then, during a self-exam, Austin noticed that the side of her right breast looked strange and flattened.

She contacted a new doctor (she hadn’t even had time to establish one in her new town yet), and quickly got an appointment for a mammogram. That appointment lasted four hours, as she underwent multiple tests to determine what was going on.

Her healthcare team told her she had a 7-centimeter tumor in her breast, and had stage II breast cancer. 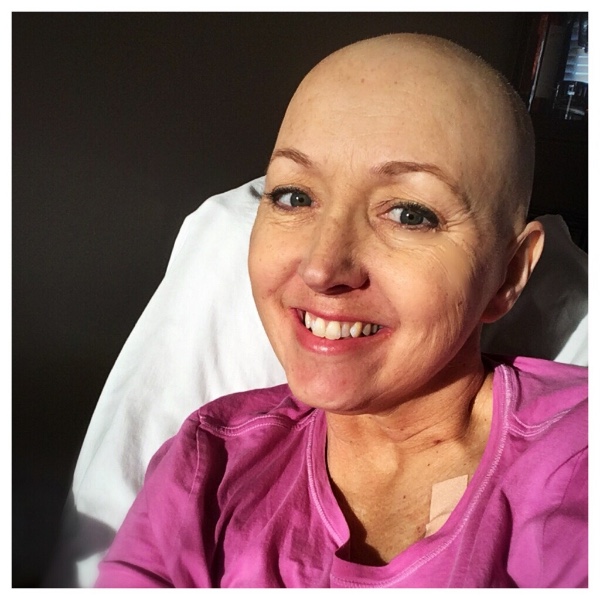 Austin didn’t know how she was going to tell her daughter about her diagnosis, and she worried about it.

Then she got some advice from her oncology nurse, Phyllis Rudokas.

“Don’t sugarcoat it,” Phyllis said. “Focus on the facts. Tell her, ‘They are treating me to cure me.’” 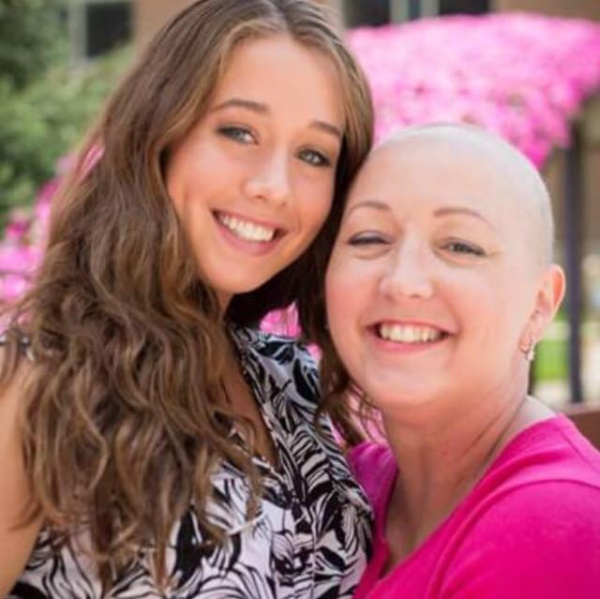 Austin underwent 16 chemotherapy sessions over the course of 20 weeks. Part of her chemo course including the infamous “Red Devil” that is a bright red color and is known for causing nausea. Austin said it even changed the taste of her food.

After those first four chemo treatments, Austin got a lumpectomy. Then she finished out the remaining 12 rounds of chemo and also underwent 36 rounds of radiation. Austin got a slew of side effects, including hair loss, swollen feet, discolored fingernails, and shingles.

Happily, she is now cancer-free. 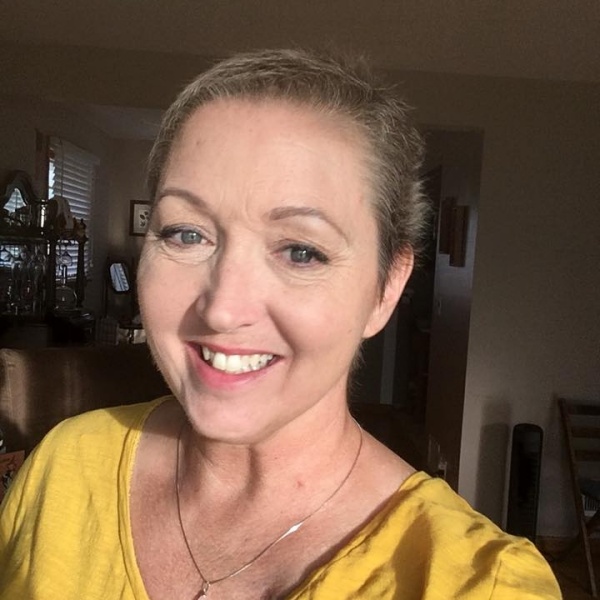 At one point, Austin was told that she could have had the cancer for five years before it was finally diagnosed, based on its growth. That made her wonder how she would have coped fighting the disease while caring for her son with special needs.

“God’s timing is perfect even though we don’t like it,” she said. “He waited until I was taken care of.” 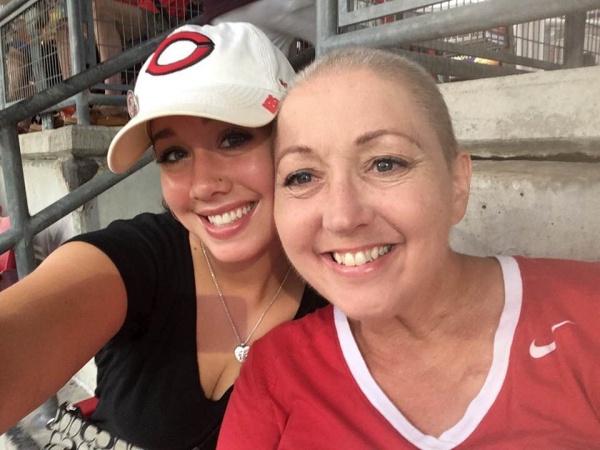 Austin is now healthy, working again, and still in love with her high school sweetheart.

“God didn’t put Joe and me back together after 25 years for this to be the end of our story,” she said.