The “Beverly Hills, 90210” alum sat down with Amy Robach from ABC News and dropped the news. Robach has also fought breast cancer, and is currently cancer-free.

The actress revealed that she has actually been fighting the disease for about a year now, since early 2019, but she wanted to keep the news private. Up until now, she chose to tell only family and one costar of “90210.” 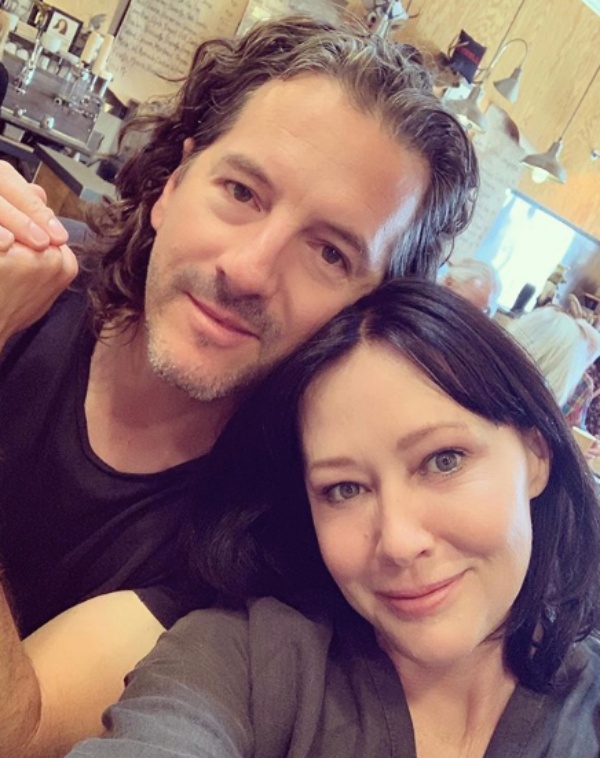 However, the news was going to come out via court documents because of a legal battle Doherty is in with State Farm Insurance about damage done to her California home during the Woolsey Fire in 2018. She wanted to get ahead of the news in case there is a trial. 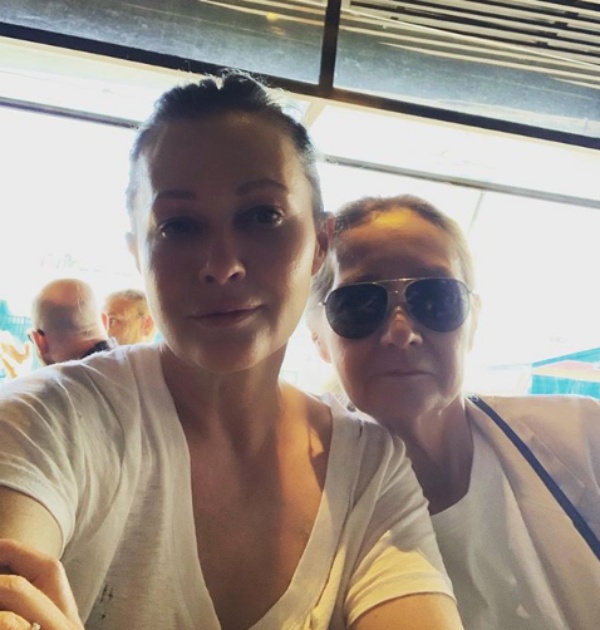 Doherty openly admits that she is “petrified” about what could happen.

“I don’t think that I’ve processed it,” Doherty said. “It’s a bitter pill to swallow in a lot of ways. I definitely have days where I say, ‘Why me?’ And then I go, ‘Well, why not me? Who else besides me deserves this?’ None of us do.” 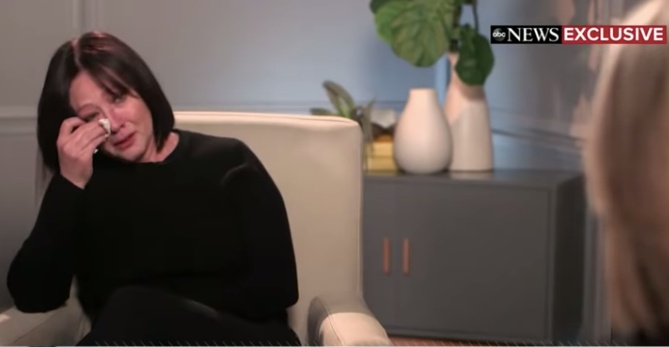 Doherty found out about her breast cancer recurrence just before starting the reboot “90210.” The reboot filming began only four months after Luke Perry, who was a former co-star of Doherty’s and a good friend, passed away suddenly. His death hit her hard.

“It’s so weird for me to be diagnosed and then somebody who was, you know, seemingly healthy to go first,” said Doherty. “It was really, like, shocking. And the least I could do to honor him was to do that show. I still haven’t done enough, in my opinion.” 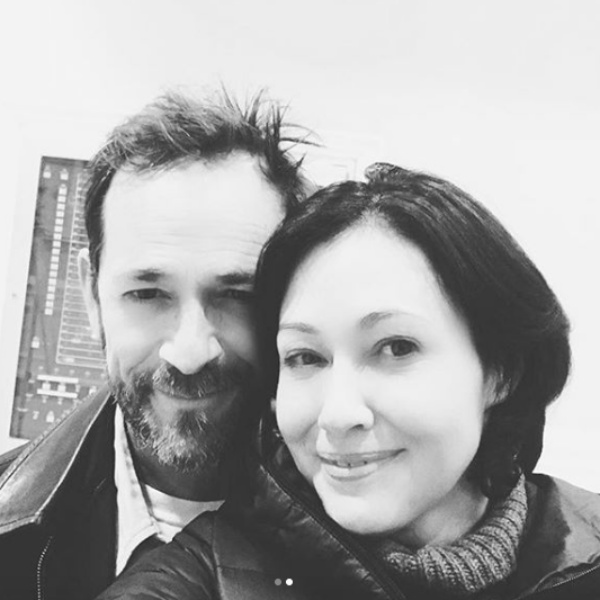 Doherty did the reboot despite the recurrence to prove that her diagnosis wasn’t stopping her from living her life.

“One of the reasons, along with Luke — that I did ‘90210’ and didn’t really tell anybody because I thought, people can look at that other people with stage four can work too. Like, you know, our life doesn’t end the minute we get that diagnosis. We still have some living to do,” she said. 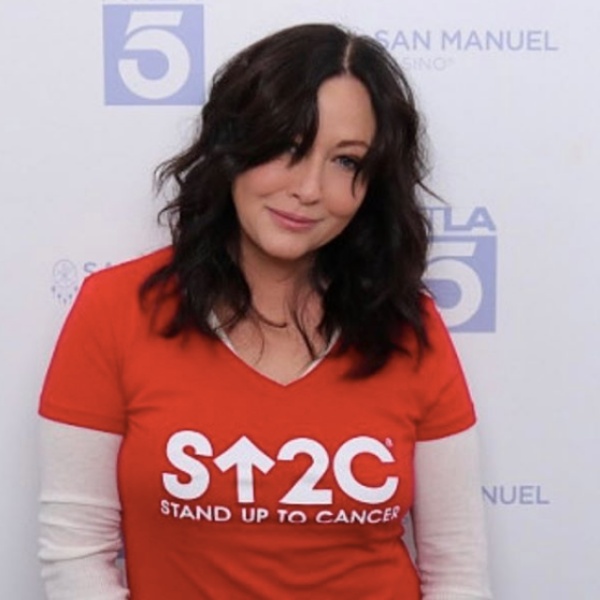 Doherty says that costar Brian Austin Green was instrumental in helping her get through long days on set.

“I had moments of great anxiety where I thought, ‘I can’t really do this,’ and Brian was the one person who — of that group of people that knew — that I told, like, pretty quickly and said, ‘Here, the — this is what I’m dealing with,'” she said. “So prior to shooting he would always call me and say, ‘Listen, you know, whatever happens, I have your back.’ He would look at me and be like, ‘We got this, kiddo’… so Brian helped me through a lot.” 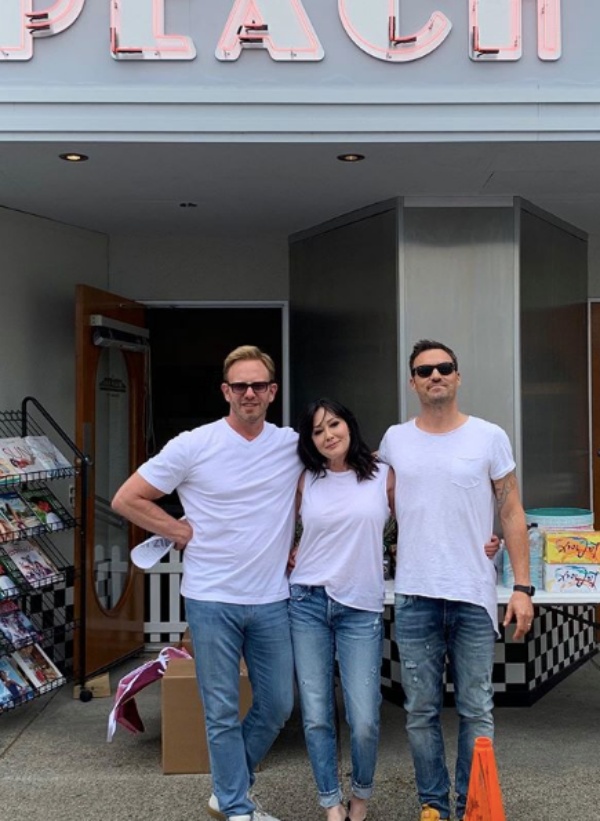 Doherty’s first concern after her latest diagnosis was for her mom and her husband. She worries about how they’ll cope if the worst happens.

But she knows they’re strong, and she hopes that she will leave a positive legacy behind, no matter what happens.

“I think the thing I want to do the most right now is I want to make an impact,” she said. “I want to be remembered for something bigger than just me.” 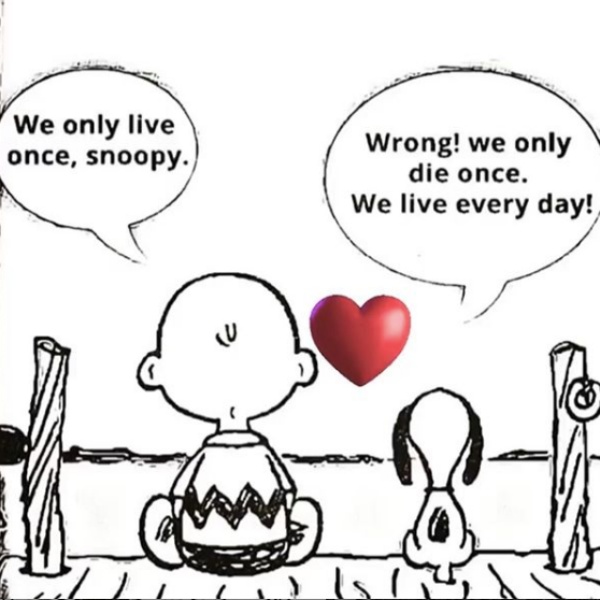 Robach said that one quote that has stuck with Doherty is this: “You only die once. You live every day.”

Watch the whole interview with Robach in this video.

When Shannen Doherty Started Losing Her Hair To Chemo, Her Mom Helped Her Through It: Click “Next” below!