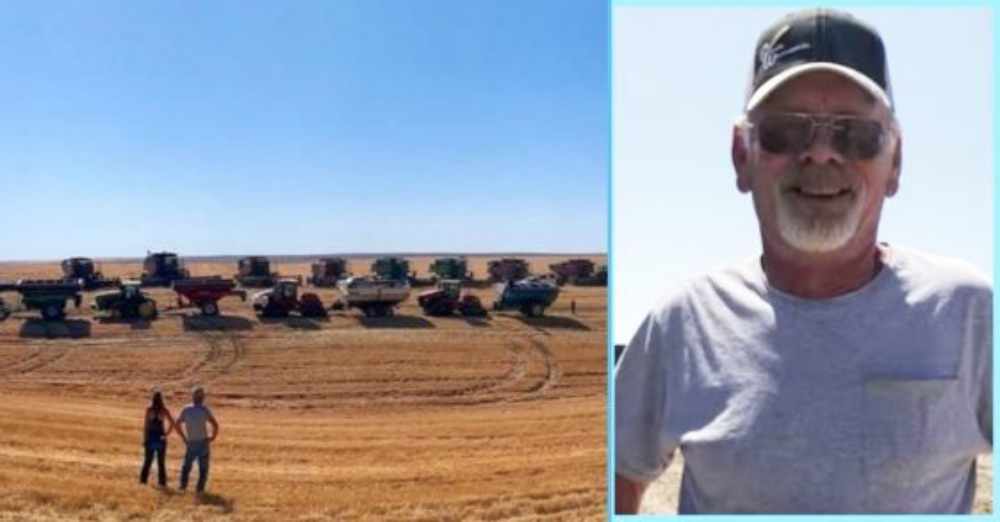 Larry Yockey was diagnosed with Stage IV melanoma in February. As summer rolled around farmers rallied together and took care of his farm for him, as he hadn’t been able to spend extended amounts of time on the fields. Washington farmers have been harvesting Larry’s crops as his cancer progresses and he is unable to tend to his harvest.

“The cancer has spread to my bones, so I have a broken hip and ribs,” Larry explains. His neighbors soon began asking him if they could work on the harvesting for him. “I didn’t know whether I was going to be able to harvest like I did in years past…I finally had to tell them, ‘No.'”

This answer did not stop his neighbors from helping out 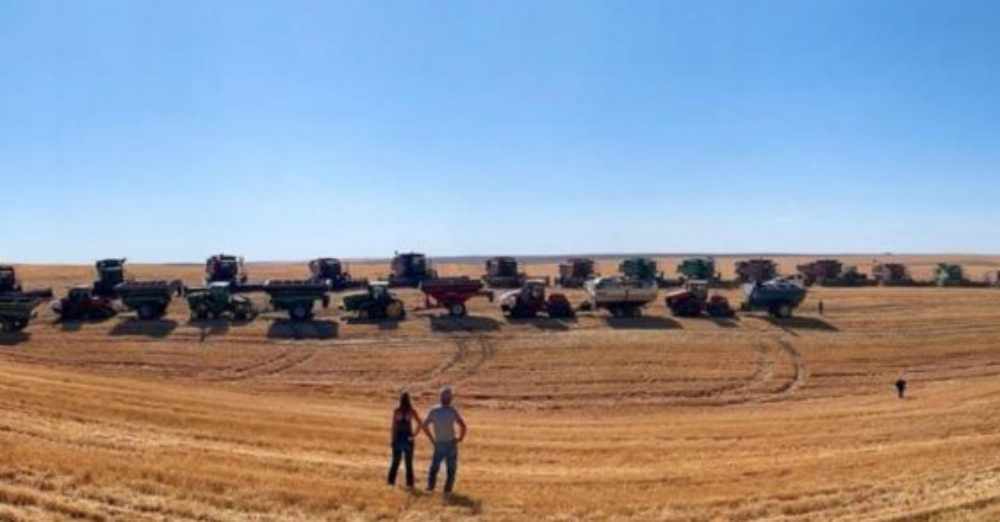 Of course, that didn’t mean anything to his neighbors. They did not hesitate to start helping out. A video that was posted to Twitter showcases the amazing work that these people did. Alongside the video was a caption detailing the amazing work done on the fields. “These are a couple of the about 60 farmers that are helping a neighbor harvest his 1200 acre field,” the caption says.

“Larry Yockey was diagnosed with stage 4 cancer and has been unable to harvest his field. So this team of neighbors is doing 3 weeks of work in about 6 hours.”

These are a couple of the about 60 farmers that are helping a neighbor harvest his 1200 acre field.
Larry Yockey was diagnosed with stage 4 cancer and has been unable to harvest his field.
So this team of neighbors is doing 3 weeks of work in about 6 hours. pic.twitter.com/ShTFopb904

Larry says that seeing all of this support and love from the community was overwhelming. “It’s just awe-inspiring to see how fast these fields are evaporating now,” he explains. “Just gratitude. It’s not describable the gratitude I have for what’s going on.”

Larry’s daughter, Amanda, reveals that he has been harvesting crops in the fields since 1988. So, it was definitely a big deal to him when he found he couldn’t do much of that anymore! Amanda says that it was difficult to see her father not be able to do the work he has loved to do for so long. But she does say that she is so grateful for all the help the community has put forward for their family. 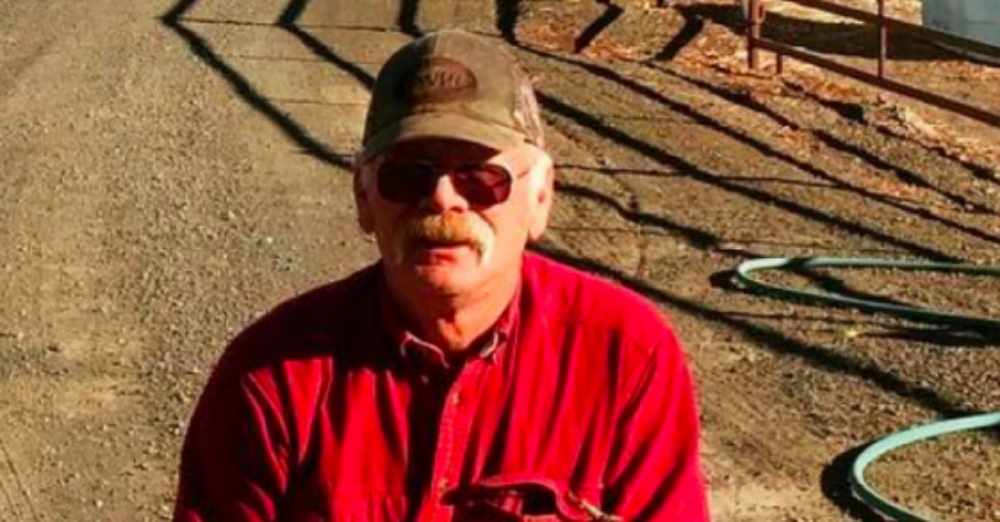 It truly is the little things in life! We love seeing acts of kindness like this. Take a look at some additional news coverage on this beautiful story. The coverage showcases some additional interviews with the people who helped harvest Larry’s crops.

Cliff Collapse Kills Woman Celebrating Breast Cancer Victory and 2 of Her Family Members: Click “Next” below!